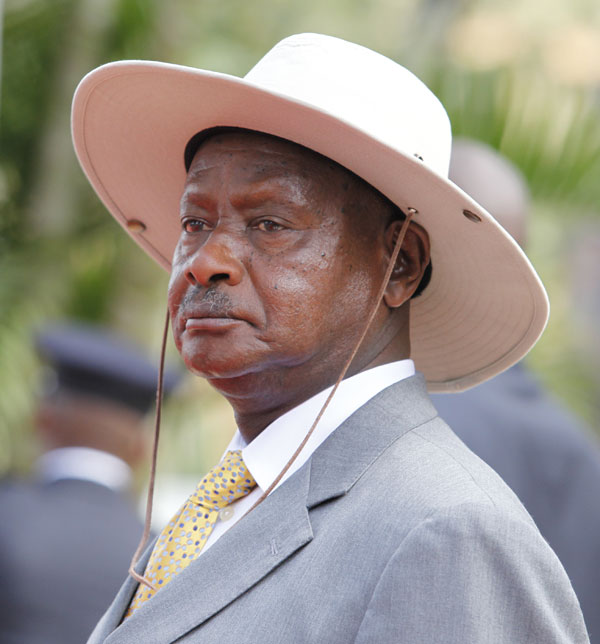 When MPs this week release their report on the troubled national identity cards project, one name that will feature prominently is that of President Yoweri Museveni.

The report, by Parliament’s committee on Defence and Internal Affairs, will include claims by government officials that Mr Museveni instructed them to award the IDs contract to a German company, Muhlbauer High Tech, without following standard procedures. The project, worth about Shs 219bn, has since stalled amid accusations that some government officials are frustrating Muhlbauer.

This is the latest government procurement contract to degenerate into a scandal about management of taxpayers’ money. It all begs the question why the government can hardly execute major contracts without flouting procedures, corruption and loss of public funds.
In his latest report, the Auditor General (AG), John Muwanga, reveals that taxpayers have lost more than Shs 1,000 billion in just 12 months to fraud in various forms and at various levels.

While many people blame this on the culture of greed, our analysis shows that State House regularly comes up in cases of massive loss of public funds. In fact, President Museveni stands accused not just of handling high-level fraud with kid gloves, but also of giving directives that tend to torpedo financial oversight mechanisms.

Only recently, businessman Hassan Basajjabalaba was in the news for receiving Shs 142bn in compensation after his Haba group lost contracts to operate some city markets and the Constitution Square. Both directives – to cancel the contracts and to compensate Basajjabalaba – came from State House. While the President has since dissociated himself from the figure of Shs 142bn, and two of his ministers resigned over the saga, this matter has left State House’s reputation in tatters.

Early this year, Parliament’s Public Accounts Committee (PAC) heard that government lost Shs 40bn to a ghost company, Dura Cement, after President Museveni cancelled its contract to produce cement at Dura in Kamwenge district. While meeting PAC, Museveni said he could not recall the person who advised him to cancel the contract.

But following that advice from that forgettable individual, Museveni wrote a letter to the then minister of Energy and Mineral Development Daudi Migereko, instructing him to terminate the lease after considering mutually agreed terms. But the history of troubled contracts has not just started.

In 2001, the Ugandan government got excited after signing the Africa Growth and Opportunities Act (AGOA) that would see it export to the United States market, among other products, fabrics, tax free. The government guaranteed bank loans for the hand-picked Sri-Lankan-owned company Apparels Tri-Star in the hope that it would lead to increased revenue from garment exports, create jobs, and revive Uganda’s cotton industry. It didn’t take long for the textile machines to go silent, and government to lose nearly Shs 33bn after dfcu and Uganda Development Bank seized securities that had been guaranteed through bank of Uganda.

Corruption and waste thrive in Uganda despite the country having a plethora of oversight institutions, including the Auditor General’s office. However, many of these institutions have become dogs with loud barks but no real bite. Speaking to The Observer from Arusha late last week, the Auditor General, John Muwanga, betrayed a tinge of disappointment and powerlessness in his voice.

“I can only report. I am not saying I should be given powers to prosecute, but the ones who are supposed to take up the matters don’t act; they aren’t bothered. So, they continue to steal because they know nothing will happen to them,” Muwanga said.

He added that one big problem is greed. “There is a lack of ethics. There is moral decay [that has seen] people want to live outside their means. There is abuse of procurement procedures; people want to get advantage and win contracts”.

Another institution, the Inspectorate of Government, has been accused of selective prosecution and fighting political wars, on top of the recent judgment by the Constitutional Court that it is not fully constituted. Only after this ruling did the President appoint a new IGG, Irene Mulyagonja, to replace Rapahel Baku, the deputy who has been acting for about two years.

In its 2011 annual report, the inspectorate blames its weak investigative capacity on other anti-corruption agencies. It says that while the number of convictions in corruption-related cases has gone up, largely as a result of the creation of the Anti-Corruption Court, the number of corruption cases closed due to lack of sufficient evidence has risen.

Cissy Kagaba, the Executive Director of the Anti-Corruption Coalition Uganda (ACCU), blames the frequent botched government deals to failure by public officials to observe the law.

“It has become evident that failure to follow the PPDA Act and other established laws by the executive is largely responsible for the massive loss of public funds,” Kagaba says. “Various presidential directives have been given in total contravention of established laws and procedures, leading to loss of billions of taxpayers’ money.”

In fact, the same observation was made the World Bank’s Energy committee back in 1999 when it noted: “All indications are that Uganda may in fact be vulnerable to bribery given the constitutional, judicial, legislative and executive processes that tend to put the executive above the law”.

For Kassiano Wadri, chairman of Parliament’s Public Accounts Committee, the problem is interference by politicians who bulldoze civil servants. The politicians, he said, include some very influential members of the executive. He also cites misuse of presidential directives.

“I always tell the civil servants that once appointed as accounting officers, they should stick to the law,” Wadri said. “I encourage them to always tell the politicians to put their instructions in writing because if they don’t, then me as chairman of the Public Accounts Committee, I will hold them personally responsible.”

Asked why the President keeps issuing directives that often cost the taxpayers dear, the Attorney General Peter Nyombi leapt to his boss’ defence, saying that the President always means well but is let down by technical people who do not advise him.

“He issues the directive in the best interest of the country [and] should there be a problem, it should be the minister or technocrat to answer,” Nyombi said over the weekend.

“In the case of Dura for example, in my view he issued [directive] thinking that the cancellation of the contract was in the best interest of the country. What went wrong is the way whoever was supposed to handle it did.”