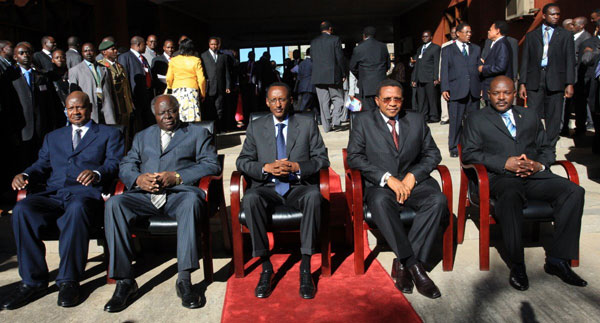 Like contestants before judges at a beauty pageant, East African Community countries jostling to look attractive to foreign investors are dangling tax incentives as baits, losing millions of dollars in revenue, a new report notes.

The report titled Tax Competition in East Africa; A Race to the Bottom, was prepared by SEATINI, Tax Justice Network, ActionAid and Uganda Debt Network. It shows that Uganda loses Shs 690bn [$276m], Kenya loses as much as KShs 100bn [$1.2bn], Tanzania loses about TShs 381bn [$240m], while Rwanda loses about Rwf 94 (about $156m) annually on tax waivers.

This struggle to look attractive comes even after the East African Community  partner states have agreed to a streamlined tax system as part of the whole process of harmonization. In Kenya, the more prominent incentives go to export-processing zones, where companies are given a corporate income tax-holiday of at least 10 years, besides exemptions from import duty on some raw materials.

While Uganda gives fewer incentives, the report notes that the country still offers a range of exemptions – from corporate income tax, and import and stamp duty, among others. In Tanzania, mining companies are given special treatment such as capital gains tax exemptions, special VAT relief plus a reduced rate on stamp duty. Yet, despite their efforts, the incentives have done more harm than good, the report points out:

Tax incentives have become an avenue for offering bribes and they have created uneven ground for business operation between those that receive incentives and those that don’t, the report says. Arthur Larok, the country director for ActionAid Uganda, points out that critical sectors have suffered as a result of low budget allocations partly because the government is losing revenue in tax incentives.

Experts note that these incentives are usually given to large local companies and multinationals while small local companies miss out. They also argue that the intended results of the incentives have not been realized. In one of his articles in the local media last week, the IMF representative to Uganda Thomas Richardson argued that investment incentives tended to be expensive – in terms of lost revenue – and relatively ineffective in attracting investment.

“What investors really want is the following: adequate infrastructure (roads, railway, and electricity), a healthy and well-educated workforce, and a fair and efficient judicial system. Government needs tax revenue to provide all these things,” Richardson explained.

Indeed, a 2009 World Bank Group study, Tax and non-tax incentives for investment: Evidence and policy implications, shows that fiscal incentives like tax exemptions and tax holidays are particularly ineffective in attracting investment to countries with a poor investment climate.