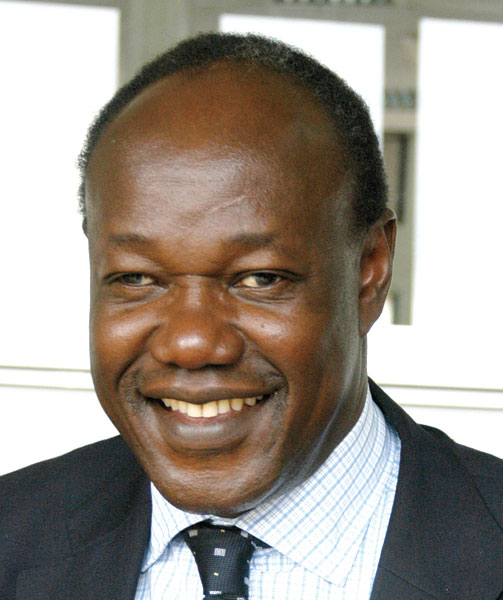 Government appreciates the concern expressed by many Ugandans about the delay in establishing the National Identification Register (NIR) under the National Security Information System (NSIS) project.

The Government of Uganda, through the work of the National Citizenship and Immigration Board, is committed to its obligations under Article 16 of the Constitution of Uganda to establish citizenship registration as well as its complementary obligations as a signatory to the EAC Common Market Protocol. It is in light of these obligations that the Government of Uganda has put in place both a legal and institutional framework to establish an effective identity management infrastructure.

It is unquestionable that the inability to prove people’s identity undermines national and international economics, political and social security, international relations and hinders the free movement of people and their rights of establishment in places of their choice. Successful implementation of the NSIS project is expected to curb illegal immigration, enable the compilation of an accurate electoral (and other population) register(s), prevent identity fraud, expand the tax database, and promote orderly movement of people across the East African Community via the streamlining of travel document issuance.

To achieve this, the government signed an agreement on 19 March, 2010 with the German firm Mühlbauer High Tech International (MHTI) to supply equipment and related services for the establishment of a biometric National Identity Register and the issuance of unique National Identification Numbers (NINs) under the NSIS. The NSIS agreement with MHIT is a supply contract for specified equipment and related services to enable government establish and manage a modern biometric registration and ID issuing system.

The NSIS aims to establish an efficient and convenient system for proving identity, age, domicile and citizenship and to modernize the national vital registration system (i.e. births, marriages and deaths). It is expected that efficient recording of such data will eliminate duplication, overlaps and gaps in the existing identity management systems. A card production feasibility project was set up and approximately 409 cards were printed under a pilot scheme to test the card’s issuance system and processes.

To date, the project has successfully delivered (in the first phase), an updated voters’ register, equipment and consumables for data processing and the personalization centre (the ID cards printing facility). The first National Identity Register containing 5.2 million biometrically enrolled residents has also been delivered and these will as early as May start receiving their national identity cards once the personalization centre is complete.

As a result of the successful completion of these objectives, any phase I activities that have not yet been implemented, namely, building and installing equipment for the data processing and personalization centres, training, ramp up, production and maintenance support of IT hardware and all equipment, production and issuance of ID cards will now be delivered.

In the NSIS second phase, citizens and aliens’ enrolment will be done and an estimated 16 million national identity cards will be issued in the following months. After mass database enrolment has been accomplished, links between the NIR and other databases such as the National Population Data Bank will be established. It will then be possible to create a well-organised National Population Data Bank which as per the mandate of National Information Technology Authority Uganda (NITA-U) under the ICT ministry.

Government has prioritized the successful completion of the NSIS project and it is hoped to have it completed by December 2014 so as to prevent the unnecessary duplication of data collection and the unnecessary spending of funds by the Electoral Commission in advance of the 2016 elections. The opportunity for the successful accomplishment of the project came by way of a commitment by the ministry of Finance to allocate Shs 87.6bn for the NSIS operations in the FY 2012/13.

In order to further prioritize this project, a new department to handle citizens’ registration, verification and ID cards issuance is also being established under the Directorate of Citizenship and Immigration Control. A framework to direct the project management, the budget, roadmap, stakeholder interests and participation will soon be tabled before the Cabinet Standing Committee for approval.

Priority for issuing the national identity cards is being given to the 5.2 million wananchi whose data was captured during the national voters exercise. The Citizenship and Immigration Directorate is currently reviewing this data to ensure that only citizens whose full details were captured are issued national IDs.

The author is minister of state for Internal Affairs.