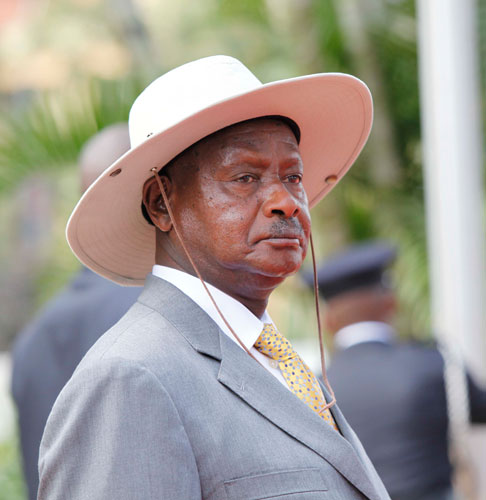 ‘I don’t want a warden who is a poacher’

President Yoweri Museveni has revealed the reason he has delayed appointing a substantive Inspector General of Government is because he does not want to pick a “game warden who is a poacher.”

Meeting a delegation of European Union ambassadors on Wednesday, Museveni said he has had to take his time because “the sample size of people with integrity in Uganda is limited.”

He added: “When you make random appointments, it can be problematic.”

According to a statement from State House, Museveni reportedly told the ambassadors that he encountered similar challenges while trying to find someone to occupy the position of executive director of the Kampala Capital City Authority (KCCA). In Jennifer Musisi, Museveni said, he had found the right person. He said for the post of IGG, he was narrowing on someone whose name he did not disclose.

These remarks could all but indicate that Raphael Baku, who has served in the capacity of acting IGG for the last two years, might not be under consideration. Baku, the deputy IGG, was left in acting capacity following the resignation of Justice Faith Mwondha after she refused to subject her reappointment to parliamentary scrutiny. Sources told us that Baku, who has less than two years left on his contract as deputy IGG, has been lobbying to get confirmed.

According to the State House statement, corruption in government institutions was a hot topic of discussion during the meeting.

Museveni pointed out that the reason why cases of mob justice are on the rise was due to corruption in the Judiciary. The President’s attack on the Judiciary arose after one of his guests suggested that for greater independence and in pursuit of consensus, the Judicial Service Commission or any other independent commission should recommend suitable names to the President for appointment. But Museveni said the Judiciary is corrupt and has a tainted past.

“Cases of mob justice have increased, where citizens kill criminals because they are tired of the Judiciary,” the President charged, vowing to “reform” it the way he has done with the army and the police.

Earlier, Museveni, in his opening remarks warned Western embassies against recruiting young Ugandan officials as spies and agents in government, describing it as an act of corruption and money laundering.

“We have reports that they invite our young Members of Parliament; give them funds which are not reported either in Parliament or the ministry of Foreign Affairs. This is corruption, if they get money which they don’t declare,” Museveni said.

He added that a woman only identified as “Filipa of the Conservative Party in the United Kingdom” is funding various young politicians. It is not clear whether the President was referring to Philipa Stroud, a co-founder and former executive director of the think tank, the Centre for Social Justice, and a prominent member of the Conservative Party.

“Giving Uganda officials cash, not cheque or paying through the bank is money laundering,” Museveni charged. 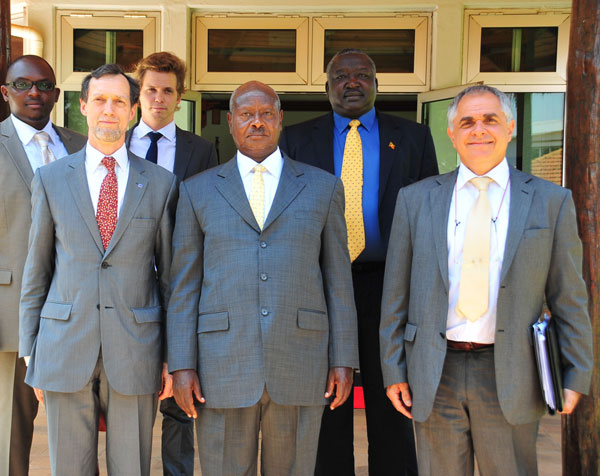 Responding to the Danish Ambassador Nathalia Feinberg’s question about political dialogue between government and the opposition, Museveni wondered what the dialogue would be about.

“With elections when you win, you run a government; if not, you form a coalition. This is about running a country after an election. I can’t engage in a dialogue because we never had a minority government. The only dialogue is on the way forward on national issues,” he said.

The President said they formed an inter-party forum with a rotating chairmanship but some groups refused to join, adding that this would be the best forum for dialogue. He said when the Activists for Change (A4C) started the “walk-to-work” campaign, some people wanted his government to “let them walk till they get tired.” Yet as the confusion continued, Museveni told the envoys, even those who had said “let them walk” now regretted it.

The President said there was no problem with demonstrations or with people expressing disagreements with government over any issue, but some people’s actions are aimed at discrediting his government.

“Their intention is to provoke police to shoot so that innocent civilians are hurt and turn against government. I totally agree that demonstrations must be coordinated by police,” he said.

On the East African Community, Museveni said the treaty aims at enhancing economic and political integration among member states to become one country with less presidents and more power for the people. He said the political federation had received huge support in all the East African countries except Tanzania, which is against fast-tracking it.

“It will improve the geo-security of our people. We have powerful nations coming up like China, India, etc; how can we guarantee our future? We cannot do it the way we are now. I have not discussed this with President Salva Kiir [of South Sudan] because he has been busy with his own problems. If South Sudan joins the EAC, they will decide on either joining the political federation or just the economic one,” he said.

We understand that the ambassadors raised issues with the Anti-Homosexuality Bill, which was recently tabled in Parliament. Their concern was that if passed, it would damage the reputation of Uganda. They also wondered why government had stopped the Lesbian, Bisexual and Gay meeting in Entebbe in February. Rev Fr Simon Lokodo, the minister of Ethics and Integrity, who scuttled the Entebbe meeting, told the EU delegation that the meeting was aimed at promoting and luring young people into the practice of homosexuality.

Museveni then gave a long history of homosexual practices in Uganda, saying that many years ago there were four prominent homosexuals, three of them chiefs and one who did great work for the country.

“Those people were not killed, not discriminated against and not persecuted,” he said. The President explained that black Africans have always kept their sexual matters confidential.

“I have been married to a beautiful lady called Janet for 38 years, but I have never kissed her in public or in front of my children. Sexual matters, heterosexual or homosexual, must be confidential,” Museveni said.