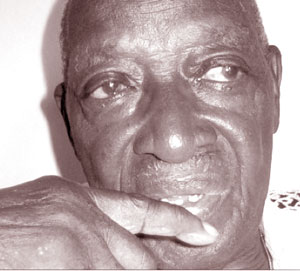 They all originate from the same source; so, they are the same.”

In our continuing look at the history and relevance of the Ankole kingdom in the wake of Prince Barigye’s demise, John Kabeireho, a former Prime Minister (Enganzi) of the kingdom, tells Michael Mubangizi why it’s necessary to restore the Obugabe.

Since my childhood, the Obugabe of Ankole was in existence. We knew there was Omugabe, the Enganzi (Prime Minister), and his ministers. In my area [Bwoma village, Igara, Bushenyi district], people respected Obugabe and were happy to have it. When I was in junior secondary at [present-day] St. Joseph’s Vocational School Nyamitanga, we used to praise the Omugabe Gasyonga.

In 1960, DP won elections to the Ankole district council, the Eishengyero. It was the first election that DP had won in Ankole. Before that it was UPC. I wasn’t a politician, but a civil servant sympathetic to DP. The DP Eishengyero members elected me as their Enganzi. I was surprised by the appointment because when the Eishengyero sat many people were proposed, but I was considered the best.

I remember I was in Hoima when they rang informing me about the offer. When they rang me I declined. I told them to look for somebody else because I didn’t want to lose my job in the civil service. The Ankole district council sent delegations to Ben Kiwanuka who was the Chief (Prime) minister and DP President General to work on my secondment so that I would be allowed to work as Enganzi and retain my work in the civil service.

Ben Kiwanuka approached Frank Kalimuzo, then head of civil service, who seconded me to work in Ankole kingdom. That is when I accepted the appointment. I was Enganzi of Ankole between 1962 and 1963. An acting Enganzi, a man called Kafureka, had been working for about two months until my secondment was done.

Immediately after becoming Enganzi, we had the self-government and independence conference of Uganda. I immediately led the Ankole delegation to that conference. My administration was quite effective. We did a good job. There were differences between the Bahima and non-Bahima or Banyankore cultivators and herders, but during my tenure those differences were no longer prominent.

The Bahima had been so much hated by the non-Bahima, the Bairu. I think it was just general hatred because they believed that these people (Bahima) were despising them and doing all sorts of things. Now that they (Bairu) were in power, they wanted to show that times had changed and they were their bosses now.

There have been stories that in the past the Bahima used to spit in the mouths of the Bairu and spear them. Ever since I was young, I never saw that myself. I don’t think even a UPC elder can tell you that he has ever seen a Muhima spitting in a Mwiru’s mouth. These are perpetrated by UPC elements in Ankole who didn’t want Obugabe. But DP as such wasn’t against Obugabe.

In my administration we didn’t discriminate. I worked with [both the] Bahima and non-Bahima. There was no opposition to that from the non-Bahima, but of course UPC always had those hard feelings.

For example, when there was a problem of the influx of refugees from Rwanda in Ankole district, we in DP who were the majority agreed that they should come and settle in the area but the opposition which was UPC voted against it.

I also had a very good relationship with the Omugabe. He was a good man and was also happy with me because my predecessors never worked well with him.

[Then Prime Minister Milton] Obote regarded Ankole as a DP island in Uganda, and he never liked that trend to continue. That is why he forced an election for Ankole Eishengyero in 1963 which was seriously rigged and UPC gained majority in the Eishengyero. So, we [DP] left.

The Omugabe was very sick and was abroad for treatment. Obote directed the then Head of the Civil Service who sent a telegram ordering me to report to Kampala at the ministry of Education. It would have been very embarrassing for me to leave [office as Enganzi] in the absence of the Omugabe.

I talked to my director in the ministry of Education who said that if I continued to refuse [to report to the ministry], I would be dismissed. He advised me to resign instead of being dismissed. This would in future give me an opportunity to reapply for reinstatement if another government came in. So, I resigned my work in the civil service and stayed in Ankole until the Omugabe came back and I told him the central government had forced an election which voted us out.

Thereafter, I had a lot of problems in any place I went for jobs. Some UPC elements in Entebbe always fought me and I wasn’t given a job. I think it was all politics. To me it was political hatred because they regarded me as a DP and, therefore, never trusted me.

I was replaced by a man called James Kahigiriza as Enganzi. Kahigiriza was a UPC sympathiser then. In fact, when I was Enganzi, I locked him in prison because he was supporting Kabaka Yekka which had allied with UPC. He used to come flying Kabaka Yekka colours or flags in Ankole and we said, “No, Ankole and Buganda are all independent kingdoms; you can’t come and [promote] Kabaka Yekka in Ankole”.

So, whenever they came, we arranged and put them in prison without delay until they stopped coming. Kabaka Yekka was created because the colonial office didn’t want Benedicto Kiwanuka, a Catholic, to be Prime Minister. [The British] knew that if we went to an election, UPC had no chance of defeating DP.

That is why they devised this method of preventing DP [to take over] power by making KY ally with UPC. To kick out DP [in Buganda], they allowed general elections for the whole of Uganda except in Buganda Lukiiko where UPC- KY members were the majority but a minority countrywide.

In 1967, when kingdoms were abolished, I think I was in Nairobi working with the East African Posts and Telecommunications. I wasn’t surprised by the abolition. UPC was trying to entrench itself in power. I think kingdoms were a kind of a problem to them because DP had a lot of support among kingdoms in Uganda.

How can you allow Buganda, Toro, Bunyoro, Busoga kingdoms to be revived, and then refuse Ankole? Have people ever thought why? There must be a reason for it. To say that Banyankore don’t want a kingdom is ridiculous. I don’t think they mind at all. It is UPC elements who don’t want Obugabe back. You see the UPC in Ankole were and have always been against Obugabe, and they are quite a sizeable group.

You can only resolve it by having governments in the districts which are not imbued with clan or tribal hatred against the Bahima and that sort of thing. I don’t see any other way apart from having a change in leadership.

Supposing you had DP coming to power, we as DP aren’t opposed to Obugabe. We see Obugabe as an historical institution, you can’t bury history.