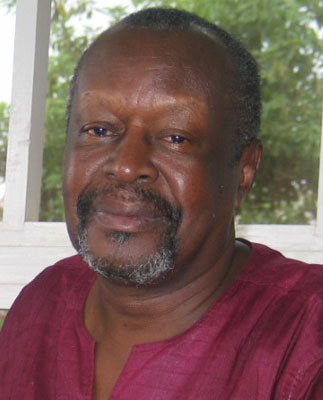 John Nagenda’s fallout with the First Family has been traced to his discussion with American government officials in which he described the First Lady, Janet Museveni, as “a very extreme woman” who was behind the controversial Anti-Homosexuality Bill, and President Museveni as being “quite intemperate”, which means too extreme.

The revelations are in diplomatic cables sent from the US Embassy in Kampala by Ambassador Jerry Lanier to the American government, following a discussion between Nagenda, a senior presidential advisor on media and public relations, and US Embassy political officer, Aaron Simpson, in 2009.

The cables were leaked by whistleblower website, WikiLeaks. The releases will not only cause embarrassment to the American Embassy but also offer an insight into what could have triggered the fallout between Nagenda and the Musevenis, who could have taken the descriptions in bad faith.

The releases also tie in well with Nagenda’s candid interview with The Sunday Monitor of September 4, in which he openly spoke out on Museveni’s 25-year leadership, saying he had become “more autocratic”, “mischievous” and “no longer listens”. In the same interview, Nagenda said the First Lady is the only opposition voice in Cabinet.

The interview was the crescendo to the spat between Nagenda and Museveni, in which the President, while addressing teachers at State House, Entebbe, August 27, said “unlike some of those who engage in arrogance over Mabira, I do not drink alcohol or go to bars. I always think about developing Uganda for the well-being of Ugandans.”

President Museveni appeared to be reacting to Nagenda’s position against his (Museveni’s) insistence on giving away part of Mabira forest for sugarcane growing.

Nagenda, in his next column in Saturday Vision on September 3, admitted thus: “Your columnist certainly and unashamedly enjoys a drink – come to that, many kinds of the stuff, each having its own place in the hierarchy of a meal. Rather than a bar, I repair to my seat at our table at the club.

A drink with others brings camaraderie where many things can be discussed, where for that moment they feel equals. I recommend it. I doubt, however, that I can convince some persons. Let’s admit: Equal-ness can form dangerous expectations!”

According to the cables, Nagenda said the First Lady was behind the controversial Anti-Homosexuality Bill that called for death penalty for any person convicted of ‘aggravated’ homosexuality.

Sub-titled ‘One advisor against many’, the cables say “Nagenda said President Museveni is “quite intemperate” when it comes to homosexuality, but that the President “will likely recognise the dangers of passing the anti-homosexuality legislation”.

Nagenda did not have any kind words for the then minister for Ethics and Integrity, Nsaba Buturo, who was one of those at the forefront of the bill, together with legislator David Bahati. In the cables, Nagenda, famed for being forthright, described Buturo as a “very bad guy” responsible for a campaign of mass arrests (known by the Swahili term panda gari) during the early 1980s under the Obote II regime, while serving as Kampala’s District Commissioner.

According to the cables, Nagenda said Buturo was using the anti-homosexuality legislation to redefine himself and “will do anything in his power to be a populist”.
Nagenda also narrated how he threatened to quit his regular column in the Saturday Vision because they couldn’t tolerate his stand on the bill.

“Nagenda said the New Vision – which is edited by a Dutch national [Els de Temmerman is a Belgian national-Editor] – initially refused to run his column and agreed only after he threatened to never again write for the newspaper. Nagenda said he felt morally obligated to speak out against the legislation, and accused those behind it of obfuscating differences between homosexuality, rape, incest, and pedophilia,” says the cable.

In another cable, Museveni, while in a meeting with US Assistant Secretary of State for Africa Affairs Johnnie Carson on October 24, 2009, said Uganda is not interested in a “war with homosexuals” and agreed that the proposed legislation goes “too far”.

“After learning that the bill was submitted to Parliament by a member of his own party, Museveni said he would discourage the legislation in a discussion”.

In yet another meeting between Foreign Affairs minister, Sam Kutesa and US Embassy officials, the minister said the bill would die a natural death, while Buturo, who was facing insurmountable pressure for his views, appeared to have succumbed when he said Cabinet would come up with a watered-down version.

Standing by his views

In an interview with The Observer on Saturday, Nagenda admitted holding the said meeting with US Embassy officials and added that he maintains the views he shared with them.

“Yes; one or two words may be slightly different. I held a conversation with the political officer and it’s an accurate reflection in the sense that I said that the President is very strongly anti-gay, but I doubted that he would support such a bill. I did accurately predict that he wouldn’t support the bill. It was extreme,” Nagenda said.

“On the First Lady – it’s a long time ago – but what I meant is that she holds very strong views where she sees morality.”

Nagenda also said he advised the donors that their threat to cut aid because of the bill was “very stupid” because Ugandans would think they were out to fight the country, “so people would dig in their heels more by supporting the bill”.

On his views on Buturo, Nagenda said: “I know him quite well and twice, I wrote in my column that he should apologise to the people of Uganda about being head of panda gari. We all make mistakes, but he should apologise for his part,” Nagenda said, adding: “I don’t remember saying he is a ‘very bad guy’, but I remember saying that he was at the campaign. Nobody can say it was a good thing.”

On his recent interview with Sunday Monitor and its curious timing, Nagenda said: “Things have been moving, so I thought it was time to speak out. I did it because the moment was opportune.”

WikiLeaks has leaked a number of revealing cables between government and US embassy officials, some shockingly giving away deep-seated feelings about the President. Nagenda said: “The people they attribute them to must be able to stand up for what they said.”