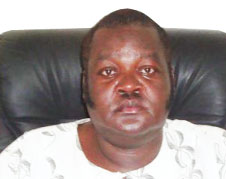 At the time of his death, his Facebook account had 2,234 registered friends, most of them ordinary people

Colonel Walter Ochora, the Gulu Resident District Commissioner, who passed away last week due to respiratory failure, led a cheerful, but intriguing life, and had an uncanny way of treating friends and foes.

One of the people he loathed was Joseph Kony, leader of the rebel Lord’s Resistance Army (LRA), and, over time, the two engaged in bitter exchanges that added drama to a war that ravaged northern Uganda, leaving thousands dead and many more homeless.

“As long as Kony is still alive, we shall not have peace in northern Uganda and the children here will have no future,” Ochora, then serving as Gulu district chairman, told Ann Veneman, UNICEF executive director, back in 2001.

Five years later, in 2006, he would exchange hugs with the rebel leader in the jungles of Garamba and even address him as “Chairman Kony” during a live talk-show on Mega FM.

That was Ochora, the pot-bellied leader, who knew when to employ the stick and the carrot.

He was never shy to publically take on his enemies on any issue, real or perceived, and never hesitant to use his military clout to influence matters. As Gulu RDC, he often worked tooth and nail to ensure that opposition politicians were denied airtime on radio stations, not only in Gulu, but throughout northern Uganda.

When Akena woke up the following day, he found several missed calls on his cellular phones. The caller was none other than Ochora, who was probably 100 miles away in Gulu. His message was curt: “You should never have hosted Otunnu”.

The fact that Ochora, not the Lira RDC, Joan Pacoto, followed up the matter, speaks volumes about his influence and determination to see to it that people critical of government were not given a voice.

“Taking over a government is not like harvesting maize in Ochora’s farm,” he often told opposition leaders.

Moses Odokonyero, a journalist based in Gulu and chairman of the Northern Uganda Media Club, remembers Ochora as a frank man, but one who also always threatened his political opponents that he would “just drink them like cold tea”.

Yet he was also jolly and enjoyed the finer things in life. At the time of his death, his Facebook account had 2,234 registered friends, most of them ordinary people.

According to his Facebook account, his favourite local musician was Grace Nakimera, while the Bible is one of the books from which he drew inspiration. Once in a while, he would hang out for a drink with friends and family in Gulu, especially at Acholi Inn, his favourite spot.

Ochora’s relationship with the media was intriguing. Print journalists always sought him out for his off-the-cuff memorable quotes, while photojournalists were obsessed with his gigantic size and partying life.

One of the memorable pictures taken of him was at an event at Hotel Equatoria on Kyaggwe Road in Kampala, which has since been turned into a shopping arcade. Spotting his trademark kitenge shirt, with a bottle of beer in one hand, he was dancing all the way to the ground (paka chini).

In the process, his shirt gave way, exposing his voluminous belly.

During the NRM delegates’ conference in August last year, Ochora walked to a group of journalists and teased: “What are you going to write about me today?” A journalist replied that he would write about how his tummy had vanished. Ochora just broke into laughter.

When he was not at the receiving end of journalists, he was turning the heat on them.

Once in 2004, while presiding over a two-day workshop for radio journalists, Ochora challenged them to do better than mere hearsay.

“Journalists love writing about Kony, but how many of you have ever attempted to interview him?” he asked and, predictably, no one raised their hand.

Walter Ochora Odoch was born on February 3, 1957 in Gulu. He went to St Joseph Layibi College, where he completed senior six. After secondary education, he joined the army, later enrolling at the Munduli National Army leadership school in Tanzania in 1981, from where he graduated as a second lieutenant.

He served in the Uganda National Liberation Army (UNLA) from 1982 to 1985, but this brief spell was eventful for the young Ochora. He announced the downfall of the Milton Obote II government in 1985 after troops loyal to Tito Okello and Bazilio Olara Okello captured Kampala.

However, the rebels did not assume power immediately and for three days, Ochora was ‘acting President’ of sorts. At the time of his death, he was said to have been writing a book about the brief period during which he ‘led’ Uganda.

When the military junta disintegrated under the weight of internal bickering, with Yoweri Museveni’s NRA in hot pursuit in 1986, Ochora teamed up with other senior army officers to establish the Uganda People’s Defence Army (UPDA), a rebel group that mainly operated in the Acholi sub-region.

In 1987, UPDA signed a peace agreement with the NRA. A photograph taken at the ceremony shows a very lean Ochora wearing a long-sleeved shirt, standing beside other representatives as Museveni put pen to paper.

The only recognisable feature on Ochora then, which still defined him till his death, were the neatly shaven sideburns. Ochora was eventually absorbed into the NRA and appointed a brigade commander.

In 1996, Ochora joined active politics and got elected Gulu district chairman, an office he occupied until 2006, when he was defeated by Norbert Mao, upon which he was appointed Gulu RDC.

In 2010, when Mao contested for the presidency, Ochora sought re-election as Gulu district chairman, but was once again defeated, this time by Martin Ojara Mapenduzi of the Forum for Democratic Change.

Ochora, whose burial is scheduled for tomorrow, is one of the Acholi leaders (religious and cultural) known to have played a cardinal role in the process of restoring peace in the region. He was part of the team that met LRA’s Kony in Garamba forest in the DR Congo in pursuit of peace.

Ochora was also among the pioneer students of Gulu University, where he graduated with a bachelor’s degree in Development Studies. At the time of his death, he was pursuing a Master’s in Peace and Conflict Studies at the same university.

“He lived every single day of his life to the full. I never saw him quarrel bitterly. He lived with absolute joy. He did not live long, but achieved what many people much older than him will never achieve,” said Prof Morris Ogenga Latigo, leader of the opposition in Parliament, who was Ochora’s friend, and whose farm in Amuru district was near the deceased’s.