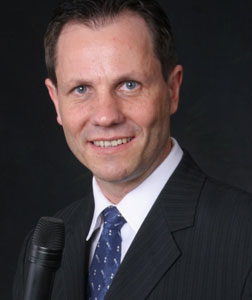 Is it possible to change the way a person thinks? For instance, can an employee who previously did his job simply to earn a salary become as passionate about his work as his boss is about his business?

How about a bloodthirsty rebel; can he be transformed into a peace loving person?

Tony Lenart, the international chairman of the Institute of Advanced Leadership (IAL), based in Australia, and a director of the MUBS Leadership Centre in Uganda, believes it is possible.

Lenart has made it his life’s mission to transform the attitudes, approach and thinking of employees, managers and leaders in a wide variety of fields. It is a mission he started at 14 when he became an inspirational speaker.

At 25, Lenart headed one of Australia’s largest corporations, the St Vincent de Paul Society, with thousands of staff, 1,200 branches and 46 divisions. He went on to teach many of the top executives from leading companies such as IBM, Cisco Systems, Oracle Systems, Commonwealth, State & Macquarie Banks, Virgin Qantas, among others.

He earned a dream salary, lived comfortably, and was greatly in demand for his skills in helping rich executives become richer. His life in Africa isn’t as cosy though. When he goes to Sudan or the Democratic Republic of Congo, you’re likely to find him living in harsh conditions, buying an egg for lunch from a streetseller.

However, he says he has never felt more fulfilled in his life. Having helped many companies improve their businesses, he travelled to Africa to see if he could impact the level of leadership practice on the continent.

His training in 2002 of the top 178 rebels who controlled Eastern DR Congo helped lead the RCD-Goma rebels out of the jungles to form a coalition government. Lenart also provided the general secretary of RCD-Goma with One on One Leadership skills.

Within two years, the secretary general had become the Vice President of DRC, while various participants had become ministers and department heads.

Lenart’s style and approach are unique; he recognises that nothing will change in Africa and elsewhere unless its leaders become better. He teaches a mixture of management, leadership and personal development skills and approaches, so that leaders become more successful at reaching their own personal goals.

Lenart is a firm believer in Zig Ziglar’s creed that “You’ll get whatever you want in life if you’ll just help enough other people get what they want. “He also accepts the Dalai Lama’s assertion that “There is no difference between the truly selfless person and the wisely selfish person.”

To download a free book from Tony Lenart, go to www.ioal.org.