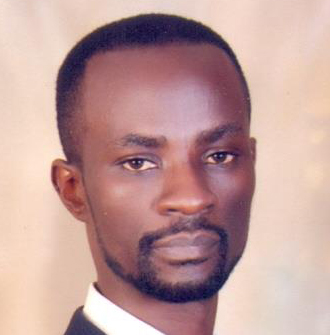 Although the recent government siege of the Red Pepper and Daily Monitor caused a lot of uproar, I would like to argue that it was not an unusual climax to the age-old sizing-up between the state and the media.

Shortly before these events, as part of the activities marking World Press Freedom day, senior journalists Bernard Tabaire and Ssemujja Nganda (MP Kyaddondo East) wrote articles in a bid to unearth and expose the problem of media stagnation in Uganda.

Ssemujju concluded that the harassment of journalists by security personnel had become routine and blamed this on complacency by today’s crop of professionals who don’t exhibit the valour of earlier generations that stood up to the powers. He also blamed affinity to inducements from interested parties.

Tabaire, writing in the Daily Monitor, argued that tough working conditions not withstanding, Ugandan journalists lacked passion and ambition, while boasting of  ignorance and arrogance. If these assertions are right,  then the authorities were right. Nobody finds slapdash professionals alluring.

Somewhere on a shelf lies a letter to the president, the subject being how to live in harmony with media perceived to be plucky and hostile. The document is incomplete. A decision has gone down not to send it out to the would-be addressee, even on completion.

Events have outpaced the writer. The would-be addressee  severally expresses grave displeasure with media over intrusion and animosity towards his regime, distortions, incitement, working for foreign interests, lack of ideology and inefficiency in coverage of issues at hand.

At the head of these charges, he would threaten to do something about it. When not firing verbal salvos, he teases them as “rumour mongers”. A key pointer in the shelved document reminds him how he has survived four electoral seasons in the midst of word cannons from the fourth estate.

Guess what! One of his own tough-skinned men provides the spark to this lingering relationship and the media suffers under the heaving elephants. Globally, states are the biggest consumers of intrusive advances from the media. Indeed, most prefer that the press just vanishes into thin air and reappear in preferred alignment. It’s always a matter of time for the hammer to fall.

That wouldn’t be too ominous except for the goings-on among journalists themselves. The fraternity is most stretched and disharmonious. The known associations like Ugandan Journalists Association (UJA) and Union of Journalists of Uganda (UJU) are wrought with internal wrangles comparable to the outside world the scribes report about. There is as much intrigue and corruption as that which leads public servants to Luzira prison.

Partisan tendencies also abound, the “confessions” aired both deliberately and inadvertently. Some journalists are known to belong to political parties, or to be partial to certain individuals and entities.

Social media has predominantly granted them licence to expose their true colours. Certain news makers have resultantly identified partners in the industry who accord them headline space for their every statement, predominantly the bizarre. These partnerships raise eyebrows, put into question the “independent” banner and make them targets.

So, when Red Pepper and Daily Monitor got a problem, not everybody around felt sympathy much as the sight of uniformed personnel armed to the teeth and denial of right to work, moved hearts. Even among the affected, some voices were non-commiserate. Statements like “They claim to be independent but they are not. I have worked there and I know” and “They thought they were untouchable” could be heard.

Media space in Uganda has progressively become open and brazen, hurting many feet along the way. Looking at the filing of the incendiary Gen David Sejusa stories reveals how much navigable space reporters claim. The authors in this case didn’t opt for the “Our Reporter” tag, a safety catch of anonymity. This approach is daring!

During my apprenticeship, Richard Tusiime, now Red Pepper CEO, told me: “When writing on a sensitive subject, hit hard but don’t annoy anybody!” This creed I hold dear. It permits one to manoeuvre with any subject, do what they must do, but basing on firm ground.

Journalism is a field of landmines. One unwise footing and you are finished. This grim reality pervades minds of many a professional, knowing that each story may be their last. From the corridors of power, it’s said the state has been exercising restraint to take overdue action.

A litany of “sins” was on file. Forget hard-hitting and expository articles on corruption and personal scandal. Security matters will always be most responsive. Go to the Vatican, US, UK or France, certain security briefs are strictly out of bounds.

The most effective antidote to “foreign attacks” is for the journalism fraternity to exercise an extra survival instinct. Someone may call it self-censorship but it’s better to be in business “than break a leg before the final ball.” There is no other way; neither in the interim season nor in the subsequent.

The outcry by sections of the public for the reopening of the beleaguered duo brought more sadness than reassurance. Hypocrisy at best! How many media organisations die on site, failing to survive due to unwillingness by the public to spend on copy and adverts?

How many others limp on? A country of about 34 million increasingly enlightened people consumes just tens of thousands of copies! The media has no real friends. They are all “friends-with-benefits”, and moody too.

The author is a media practitioner