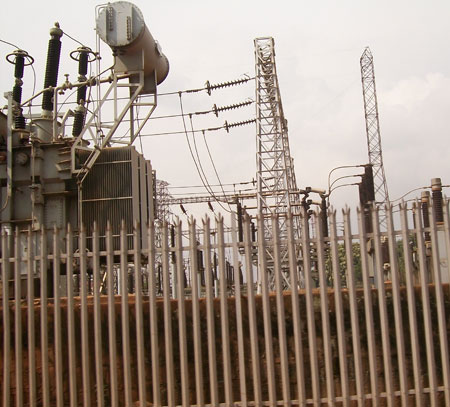 Chinese and Indian state banks are among the financial institutions the government has approached to invest in Uganda’s electricity sector, but commercial banks believe the country should also target private international funds.

Eriasi Kiyemba, the managing director at the Uganda Electricity Transmission Company, told an investor summit at Sheraton hotel, organized by the American Chamber of Commerce in Uganda and Uganda Investment Authority, that “Exim Bank of India has been approached to take up Isimba power project.”

Government already contracted a German firm, Fitchner, to undertake studies on the 100MW Isimba project. Isimba is the fourth largest planned hydro power project in Uganda.
Kiyemba also said that Exim Bank of China has “shown interest in funding some power projects” – offering a sense of the slight shift by government towards Asian state banks.

In the past, government has looked a lot to European donors like Norway, Sweden, and state investment arms like France’s Proparco to attract money into the electricity sector. But the emergence of India and China, Asia’s financial bigwigs, as interested investors offers an interesting look into the financial power play that could emerge in a sector that is arguably at the core of Uganda’s economy.

Uganda has lined up a number of big hydropower projects to resolve its electricity dilemma. The 600MW power plant at Karuma, for which China Water Electric is a frontrunner, is government’s main focus at the moment. The 600MW Ayago plant is another big project that government plans to complete by 2016, with Japanese firms J Power and Nippon Koei carrying out the pre-feasibility studies.

President Museveni has repeatedly said that money from oil exploration activities in western and northern Uganda, which are coming in through a trickle of tax proceeds and discovery bonuses, will be used to finance the development of some of the power projects. Those plans, however, keep changing with new financial headaches propping up, like the desperate search for an investor to build the $1.6bn oil refinery.

Chinedu Ikwudinma, the managing director at Citi bank Uganda, says the government will have to look to international markets for money. “We are speaking to government about the pool of international funds, and we hope we can achieve something in the medium term,” he said.

Wilbrod Owour, the acting managing director at United Bank of Africa, says they “have an appetite for financing large investments,” and that the bank has no problem of singlehandedly putting more than $50m on the table to finance a project.

Owour called on investors eying Uganda’s energy industry to come up with models that explore a longer value chain as that will get the bank interested in financing the project.
But Kiyemba, the boss at the Uganda transmission company, warned of risks in partnering private players that have borrowed private funds with high interest interests and can’t wait to recoup their investment.

“Government has decided to finance Karuma for strategic reasons. With the public-private partnerships, the tariffs tend to be high,” Kiyemba said.

He, however, pointed out that the government would maintain “very small intervention” in the power sector, describing that decision as “healthy.”

That is the kind of decision that has seen companies like Umeme, the power distributing firm, thrive. Charles Chapman, the managing director of Umeme, says the company will spend roughly $360m in Uganda over the next seven years. This is more than twice the amount of money Umeme has spent in the last seven years. To recover the money, the firm has sunk into the country, and the amount being put on the line for the future, Umeme partly depends on the Electricity Regulatory Authority agreeing to its recommended power tariffs.

Uganda has the highest power tariffs in East Africa. According to Uganda’s National Development Plan of 2010 -2015, a Ugandan consumer pays 22 US cents per KwH of electricity; the Kenyan incurs 13 US cents per KwH; while the Tanzania pays only 8 US cents per KwH. Chapman says the firm collects about Shs 80bn each month from its customers. At least Shs 60bn of that is paid to the transmission company, he said.

Umeme also needs more energy plants being built so that it can distribute more power. “We need that power now,” said Chapman. “If the mathematicians added up the numbers, the Nile and its tributaries (where many of the power plants are being built) are more valuable than the oil,” he said, referring to the oil fever that appears to have gripped the country.

A number of risks abound, however, for those investors looking to enter Uganda’s electricity sector. The weather patterns, with the rains so important for hydropower generation, are unpredictable; the fluctuations in the foreign exchange market are so rampant it is sometimes hard to keep track; while thieves just can’t keep away from vandalizing electricity lines and other equipment, just to mention a few.

Either way, there is more than enough demand for power in Uganda for investors to make money. Only 12% - or just over ten in 100 people – in Uganda have electricity today. The demand for power is growing at 10% per annum. And the Eastern part of the Democratic Republic of Congo, which is torn from the western part of the country as a result of different rebel insurgencies, also wants to tap into East Africa’s power lines.