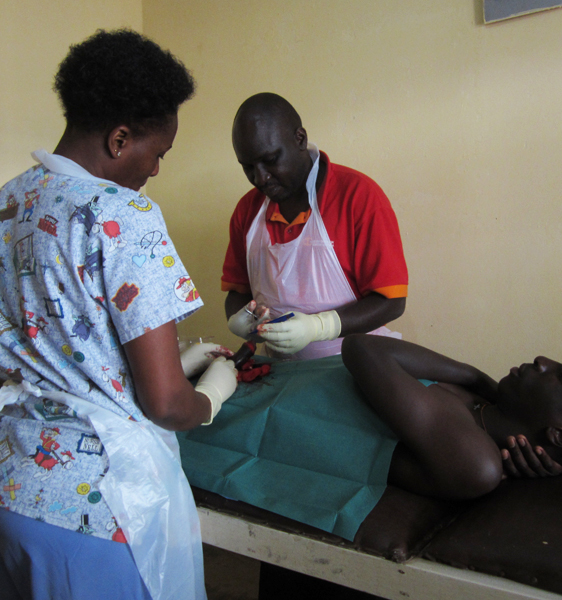 President Yoweri Museveni has said it is not enough to promote circumcision as an effective strategy in fighting HIV/AIDS, without continued emphasis on behaviour change.

Campaigns aimed at reducing infection levels, he says, ought to concentrate on advocating good behaviour: abstinence for unmarried people and faithfulness among those in wedlock.

“I have witnessed Muslims and other people from tribes that cherish circumcision like the Bagisu, die of Aids. Therefore, who told [health workers and leaders] that circumcision [prevents] HIV [infection]? ” he said.

Museveni was speaking during celebrations to mark 100 years of Mbarara High School in Mbarara district, Saturday. The school was started by Ankole kingdom and the Church Missionary Society of England in 1911. Several distinguished Ugandans, including President Museveni, are old students of the school. Museveni was there for junior secondary from 1959 to 1960.

At the centenary celebrations, Museveni advised leaders and health workers to sensitize the youth about the dangers of peer pressure, saying many young people have been influenced by their friends into engaging in early sex and pre-marital sex and early marriages, not in getting circumcised to avoid being infected with HIV.

“[Leaders and health workers] are busy spreading confusion of circumcision, instead of concentrating on behaviour change,” he said.

However, they add, male circumcision provides only partial protection and should, therefore, be only one element of a comprehensive HIV prevention package which includes: provision of HIV testing and counselling services; treatment for sexually transmitted infections; promotion of safer sex practices; provision of male and female condoms and promotion of their correct and consistent use.

The ministry of Health and various partners in Uganda, including local government leaders, are promoting circumcision throughout the country and equipping health centres IIIs, among other health facilities, to conduct safe male circumcision.