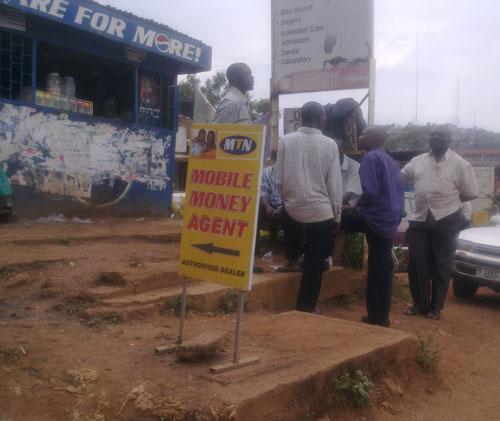 The safety boundaries of mobile money continue to be stretched.

When the concept of sending and receiving money over the phone was first introduced about four years, the excitement was palpable – there would be no more queues at the bank.

Fast forward to 2012, and the spread of mobile money services has grown in leaps and bounds, with four telecom companies offering the service. There was a hitch though: tight regulation was missing.

As a new concept in Africa, Uganda’s regulators, especially the Uganda Communications Commission and Bank of Uganda, did not know where to tighten the nuts and bolts. They would learn on the job. And what a lesson this continues to be!

The latest on mobile money’s scrap heap is the issue of phony agents and customers, who lie to steal money. This is the testimony of a customer who did not want to be named:

“I sent money to my dad in the village. When he went to the mobile money shop, the agent asked him for the token ID, but midway through the transaction, the agent claimed that the network was down and advised my dad to go and try at another shop.

When he got there, the agent told him that his money had been withdrawn already. When he went back to the first agent, he denied having withdrawn the money and that’s how he lost it.”

Allan Sseremba of MTN mobile money customer service agrees that they have received such complaints. “We frequently receive such complaints and we try to do our best to recover that money,” he said.

Sseremba said customers who lose money in such manner need to go to any MTN service centre or call 122, and give the details of both the sending and receiving lines. That way, MTN is able to track the money.

Meanwhile, Timothy Nakabaale, a mobile money agent at Nakivubo, says he has fallen victim to a fraudster. He said he was once defrauded of Shs 100,000 by a customer who claimed that her money had been withdrawn by somebody else.

This is how he narrates his ordeal: “One day, a woman in her forties came to me and wanted to withdraw money. She told me she had forgotten her phone at home. But good enough, she had the Token ID and phone number. Since we only need a token ID for unregistered customers, I decided to do the transaction and gave the money to the woman.”

Nakabaale thought everything was okay until he received a call later that day from another person who claimed that her money had been withdrawn from his phone and that the customer service centre had confirmed the transaction.

“The other woman had sneaked into her phone and stolen the token ID,” he said.

Nakabaale was forced to pay up. Industry players say there are so many mobile money operators that have sprung up around the country, and it has become almost impossible to regulate them. Also, unregistered customers make it difficult for regulation.

Godfrey Mutabaazi, the CEO Uganda Communications Commission, notes that the mobile money industry is new and needs time for everyone to get to grips with.

“We appreciate the fact that most telecommunication companies have introduced the mobile money service. This in our case calls for a well documented policy and the commission is in plans of drawing a policy but we have to first talk with BoU who are the main stakeholders in the money business,” he said.