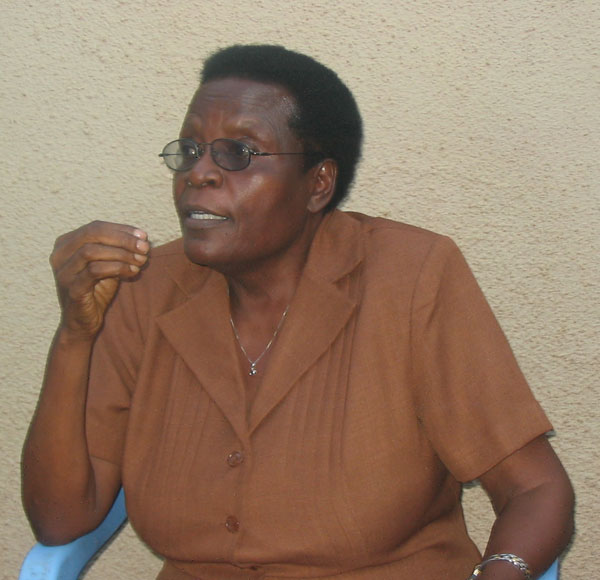 Nakka was a child born in sorrow. Abandoned by her parents at an early age, she took to the streets in Kampala where she survived on handouts.

She longed to attend school but even a librarian who once found her reading banished her from the library given her dirty clothes. But Nakka dared to dream and once, she approached Evangeline Barongo, a children’s librarian at the National Library  of Uganda, declaring her interest to read.

“Teacher, let me read also,” she pleaded. Without hesitation, Barongo gave her a try.

To Barongo’s surprise, Nakka could and henceforth, she mentored and tutored her. And from Nakku’s life experiences, Barongo has written a 24-page book My Name Is Street Child, Beggar. The book is available in various languages including Portuguese and Zambian local languages. Since Nakku’s story, Barongo has authored over 15 children’s books and last month, she was awarded, ‘Author of the month’ by Femrite (Uganda Women Writers Association), an organization that aims at developing and promoting women writers among other objectives.

“For a person to win this award, one must have written and published several books in different anthologies and Barongo fulfils these qualifications,” Tino Akware, the programmes assistant at Femrite said.

Barongo grew up reading since her mother loved to read.

“Reading the Bible was compulsory and it was the book that made up the home library,” she recalls.

Gradually, she started writing simple literature while she was in primary five and engaged in professional writing in 1992 when she was a children’s librarian at the Uganda Public Library. She had originally trained as a nursery nurse and worked for a year in England after studying a course in children’s psychology.

She later earned a diploma in Library Science from Bayero University in Nigeria before working as a librarian at the university. She returned to Uganda in 1986 to work with the Uganda Public Libraries Board while running a children’s library service in Kampala. In 1991, Barongo won a two-month scholarship at the International Youth Library in Munich.

Here, she read widely about children and started writing some children’s books. Some of her publications include: We Are All Animals, Pilo and Joba, Who Owns The Fruit Tree? and Greedy Monkey Loses Best Friend. Her recent publication Abwooli was launched on March 22 in the USA.

Although writing children’s books may seem easy, Barongo says it takes volumes of research and editing. Barongo is a founding member of the Uganda Children’s Writers and Illustrators Association (UCWIA), a platform that brings together writers and illustrators of children’s books, librarians, teachers, publishers and booksellers.

She is also a member of the Reading Association of Uganda (RAU), Uganda Library and Information Association and the International Board of Books for Young People (IBBY) Uganda chapter established in 2004. She has also served on the board of the National Book Trust of Uganda (NABOTU) since its inception in 1997.

“I have been involved in organizing national reading promotion activities like tents and exhibitions which are hosted at different schools and clubs at a national and international level,” she says.

Writing has exposed her to children’s projects in countries like Sweden, South Africa and USA where she has worked; written books in English and Runyoro, her mother tongue, which are marketed in Europe and have won her several awards, among which is the NABOTU author of the year in 2008.

Today, Barongo is retired from active civil service buts owns a bookshop in Hoima and continues to write for children and stay involved in children’s reading promotion activities.