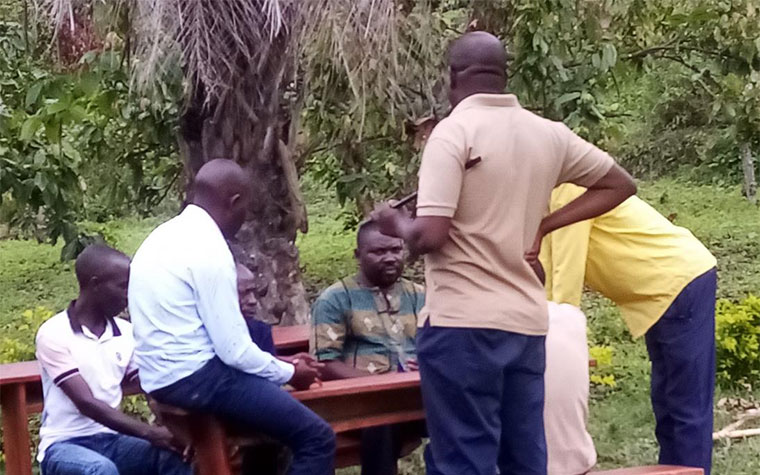 Teachers of Kisonko secondary school in a meeting

More than 200 students of Kisonko secondary school in Bundibugyo district, western Uganda have been sent home following a strike.

The students rampaged on Monday morning, protesting alleged poor administration and failure by teachers to follow their teaching schedules, which affected their learning. They also accused the school administration of failing to submit their profile data to the Education Management Information System (EMIS) as required by the ministry of Education.

The deadline for submitting the learners' profile data elapsed on September 30. A neighbour to the school said they were shocked to see students as early as 6:00 am looking seemingly drunk. According to some of the students who spoke to URN on condition of anonymity, they decided to strike after the school administration ignored their complaints.

The angry students demolished the ridge fence and attempted to destroy the wooden classrooms. This compelled the school management to call in the police to quell the protest. The school management and the security unanimously resolved that the school be closed until further notice to pave way for investigations.

Frankson Bwambale, the school deputy head teacher, says that they were unaware of any concerns from students since they have never been raised to the administration. He said they will convene a meeting with the purpose of understanding what could have led to the strike.