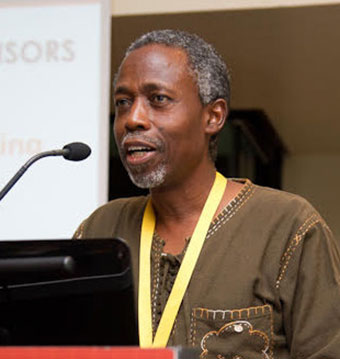 Eng Dr F. Francis Tusubira, an academic and international ICT consultant, has challenged Makerere University to live up to its big reputation and lead the technological revolution and research in the country.

Delivering the public lecture, titled ‘ICTs and how they will affect life: Transforming education and research’ at an open day organized by the Makerere University College of Computing and Information Sciences (CoCIS) on September 30, Tusubira argued that technology is always neutral, inanimate and incapable of determining anything for humans. Instead, it is humans that determine what technology can do for them.

He noted that sadly, humankind tends to resist change. He lamented that although Makerere University had had e-learning infrastructure for 18 years, the institution got shocked and paralysed when Covid-19 lockdown happened.

“Though Makerere eventually conducted some teaching and assessment online, now we have gone back to face-to-face education... How can Makerere transform society when it cannot transform itself? This 'Ndiwulira' attitude has to change! There is nothing like a ‘new normal’. There is no normal; everything, life is transient. We have to adapt to survive.”

Tusubira decried the pride of what he called ‘academic aristocrats’. “Why can’t I study at Makerere from my village in Busembatia? You don’t have to hold a test tube; you can simulate it or the entire laboratory environment. I know academics still harbour the pride of imparting knowledge to learners like they are gods... If we don’t change the way we teach them, we are preparing our learners for the past, not for the future.”

“Technology is driven by our desires. In wartime, we use it to kill and destroy; in peacetime, we use it for leisure and construction. However, we have to beware that all technologies have unintended consequences,” he advised.

Tusubira observed that presently and globally, the application of artificial intelligence is the leading trend, followed by advanced connectivity. He challenged the college to start teaching quantum computing which has advanced far in other countries. He admitted that Uganda or Makerere may not afford the hardware for quantum computing, but there should be a national policy on it, theoretical training and immersive virtual education.

Tusubira said Ugandans must embrace the fourth industrial revolution with turbocharging research, artificial intelligence, the internet of things, open research and utilise the power of simulation. He, however, warned that there must be a precaution to always value human beings, go back to ubuntu and “bring back the heart to humans”. There must be conscious resistance to singularity; i.e. the situation where machines with artificial intelligence replace human beings.

Arguing that few committed individuals can change the world, rather than waiting for a critical mass in vain, Tusubira challenged the university to influence government by impressing the politicians rather than begging them. He observed that historically it has always been strong individuals that build strong institutions that propel society forward. He also called for regular updating of curricula.

“If the world is changing every six months, why should Makerere’s curriculum have to change every five years? We must accelerate the process of changing curricula. Let’s dare to be beginners [pioneers] and exploit all possibilities,” he urged.

He urged the college to look for its alumni and bring them back for interaction and engagement for a valuable and useful harvest. The college used the occasion to award some persons that had served it for many years. These were Prof Venansius Baryamureeba, referred to as the grandfather of the college; Prof Banjamin Kanagwa; Wycliffe Tumuramye, chief security officer, now retired; Dr John Ngubire; and Dr Julianne Sansa-Otim. They each received a plaque but Tumuramye also received cash equivalent to a cow.

Tusubira was delivering a public lecture at an open day organized by the Makerere University College of Computing and Information Sciences (CoCIS) at the college premises on September 30, 2022.

The open day comprised an exhibition of research and innovation products, a public lecture and a college alumni homecoming dinner.  It ran under the theme, ‘The future of computing and information science/services’. Tusubira previously taught at the college for many years.

The open day showcased research and innovation products of students in 10 fields, including artificial intelligence, health, virtual reality, finance, agriculture and others. The ‘AirQo’, one of the innovations exhibited, provides low-cost air monitors to empower communities advance air quality management. This device has already been installed in many Ugandan municipalities and in at least 25 cities in 10 African countries.

A demonstration of the ‘Automated mobile microscopy diagnosis’ showed how medical lab technicians can be relieved of the burden of overwork. While a lab technician is advised to not exceed 20 samples in a day, this method which involves an app and smartphone attached to a microscope allows for very many samples to be taken and analysed in a day. Secondly, it allows for easy transmission of the analysis to the doctor wherever they may be.

The ‘smart bee monitor’ enables a farmer to monitor the behaviour and health of their bees from the comfort of their home or anywhere. It uses the internet of things (IoT) technology to monitor the temperature, weight, carbon dioxide and humidity of the beehive. It is solar-powered and uses sensors. By delivering the bee sounds, images and videos, the system can give the farmer notification of pest invasion, disease infestation, disruptions caused by pollution, hive strength, and opportune time to harvest the honey.

The ‘Automated fraud detection in mobile money transaction using machine learning’ creates a virtual financial ecosystem, creates fraud groups relying on police information to study behaviour and locations of fraudsters, follow them inside and outside their groups and trap them, among others. Though the system is still being developed, it is already being sought by banks, insurance companies, microfinances and Saccos to help them deal with the vices of fraud and insider-dealing crimes.

The ‘Computer vision and sonification for the blind’ innovation will save blind people the need to have a human aide all the time. Using artificial intelligence, sensors place on the chest and toes of a blind person help to know an obstacle. The system gives audio instructions what to do, which direction to turn, and even tells the person what object is located where within the vicinity.

The ‘Artificial intelligence-based approach to identify and deter birds from cereal crop farms’ is a great hitech scarecrow that birds cannot get used to and beat. It detects birds at a radius of 500 metres, and makes a scaring noise of a kite, an eagle, cock or human being. The system has a camera, a voice recorder and a siren. It uses an algorithm to keep changing the noise so that the birds do not get familiar and apply contempt.

The ‘Virtual reality for medical health training for infectious diseases’ provides a safe and comprehensive virtual classroom, clinical lab and medical ward and instructor communication. The system enables an instructor to train many people at a go without the possibility of infecting them. The trainee can learn from anywhere of convenience.

Tusubira argued that the country needs more high-speed connectivity everywhere than we need big roads. He noted that traffic jam in Kampala is worsened by having to take and pick learners to school in the morning and evening, something that could be avoided or minimized with increased connectivity which would enhance and guarantee e-learning. Connectivity would also boost work, as Ugandans would easily get outsourced deals. He expressed concern that India whose citizens speak and write poorer English than Ugandans dominate the global business outsourcing where Ugandans do not feature any closer to them.

“We need to disrupt education to match the evolving job markets. For example, artificial intelligence is now real and everywhere; and it is changing the job market. There are now high-speed diagnostics and telemedicine. Even court cases are being handled online. Banking has gone online and soon banking halls may be no more,” he noted.

He added, “People are now looking for jobs that don’t exist anymore. Yet, here, we are training people for the past, not the future! In Uganda, people are denying their children access to smartphones. It’s futile; all you need to do is warn them about the dangers online and train them on how to avoid or manage them without harm... But then, also, the parent or guardian should endeavour to be tech-savvy.”

Tusubira noted that although jobs are disappearing, work is increasing in volume globally. People must adjust and learn to do one piece of work at a time, be able to work here and there and get virtual deals (outsourcing) as the work presents itself.

He highlighted another current trend. “People no longer interview recruits with potential, that is, somebody who can grow; they are searching for someone who can do the work right away and can continually retool oneself.” He, therefore, called for opening up the minds of our children to have wider horizons and be as multidisciplinary as possible from an early age.

With growing work, there is inevitable data growth. However, Tusubira expressed concern that there are no data analytics courses going on in Uganda.