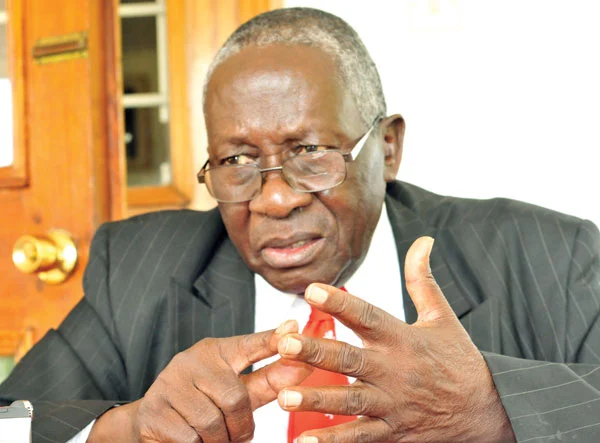 Makerere University has paid tribute to renowned educationalist Prof William Senteza Kajubi at a memorial lecture in his name.

Besides hailing the many firsts and achievements of Kajubi, panel discussants and the audience debated and discussed the need to internationalise our education system even starting at nursery level.

On the person of Kajubi, Lorna Magara, chairperson of Makerere University Council, said, “Prof. Senteza Kajubi’s legacy as a teacher, educator, policy advisor, pioneer, and leader of several higher educational institutions, is nothing short of astounding. Today we celebrate a life profoundly lived and a legacy worth emulating”.

Prof Kajubi was vice chancellor of Makerere University twice, in 1977 to 1979 and 1990 to 1993. He was the first African to be enrolled on the Fulbright Scholar programme of the USA government in 1952. With this scholarship, he studied a master’s degree in Geography at the University of Chicago in 1952 to 1955.

In 1987 to 1989, he chaired the Uganda National Education Policy Review Commission, now known as the Senteza Kajubi Education Commission, which led to the White Paper of 1992 which recommended establishment of universal education, starting with primary level (UPE).

Kajubi is also remembered in for introducing the private sponsorship scheme at Makerere University. He taught in secondary schools and universities. He was vice chancellor of Nkumba University, director National Institute of Education, and principal at Kyambogo Institute of Teacher Education. He also participated in the making of Uganda’s 1995 Constitution
as a member of the Constituent Assembly.

Natalie Brown, the USA ambassador to Uganda and chief guest, said Kajubi was a good example to the now more than 400 Ugandan beneficiaries of the Fulbright scholarship.

Dr Pippenger argued that signing many memoranda of understanding with foreign educational institutions per se does not make a university international; the relationship must be guided by three values of solidarity and trust, transparency and commitment to sustaining the cooperation.

Magara announced that the lecture was the sixth in a series to celebrate the centenary of Makerere University’s existence. She added that the celebrations will climax on October 6, 2022 at the main campus.