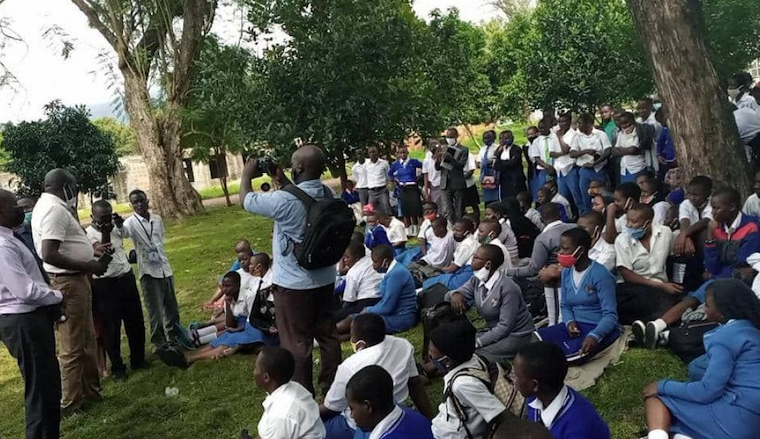 Kilembe secondary school students in a meeting with the authorities

Last week, the students locked their classes and marched to the office of the resident district commissioner protesting teacher absenteeism. They were advised to go back to school as their leaders engaged with the school administration to find a solution.

However, the learners refused to attend any lessons which compelled security to advise the school administration to temporarily close the school. Nelson Tumushime, the police public relations officer Rwenzori East said the decision to send the students home was aimed at protecting the school property from destruction.

Jonus Muhindo a student at the school says that the teachers have abandoned their responsibilities and this it could affect the performance. He is worried that this closure will further their academic schedule. Efforts to get a comment from the school headteacher Josephine Muhindo remained futile as our reporter was informed that she is out of the district.