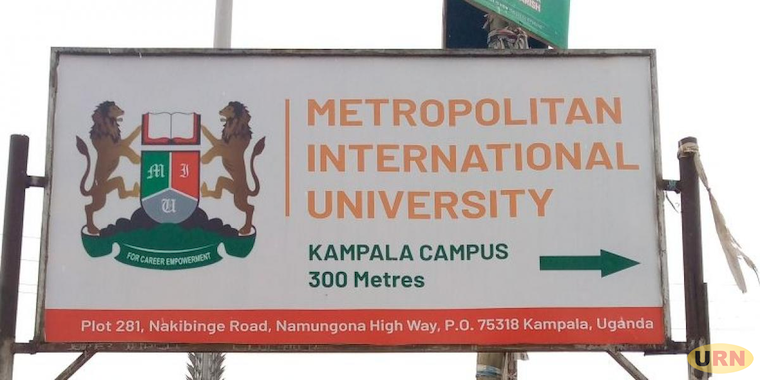 A Local Defense Unit (LDU) personnel has gunned down a first-year student of Metropolitan International University in Namungoona, a Kampala city suburb on suspicion of stealing a computer.

Ali Matovu, a first-year bachelor’s degree in Education student was gunned down last week on Tuesday near the faculty of education and humanities premises at around 7.00 am according to Ahmed Kiwanuka, the guild president of Metropolitan University.

According to Kiwanuka, the student who used to rent just a few meters from the university in Namungoona A-zone, Lubaga Division had just arrived at the university to prepare for the exam tests when the LDU gunned him down. He explains that the deceased entered the university laboratory briefly and then moved out of the university.

He, however, says that minutes later they heard gunshots at the campus. Kiwanuka claims that the LDU and military officers deployed in the university ordered Matovu who was carrying a bag on his back to stop at a security checkpoint but he tried to run away prompting them to arrest him.

Kiwanuka and other students say that Matovu tried to run away again for the second time, prompting one of the LDU officers to fire four bullets, two of which caught him in the chest and head. Muhammad Ssemakula, a third-year student of Education said they were shocked by the incident.

“We’re still in a shock how our fellow student was killed in cold blood, they claimed he was running, but he was shot in close distance, we only heard the soldiers telling us to remain in classrooms that they were more robbers. But no one else was arrested or shot at,” he said.

He said that they doubt whether their colleague actually even stolen the said laptop because they were chased away from the scene before they checked the bag. Swaib Tashaba, another student condemned the brutal action by the LDUs guarding the school to the extent of killing a student whom they even arrested.

Both the police and the army haven’t released a statement regarding the incident. “I have no information regarding that shooting. Contact the military,” Luke Owoyesigyire, the Kampala Metropolitan deputy police spokesperson said.

Colonel Deo Akiiki, the Deputy UPDF spokesperson, said that the matter is being handled by police, not the military.

"I have no information on that matter so far but police takes charge of any civil issue,” said Akiiki. The university academic registrar declined to comment on the incident.