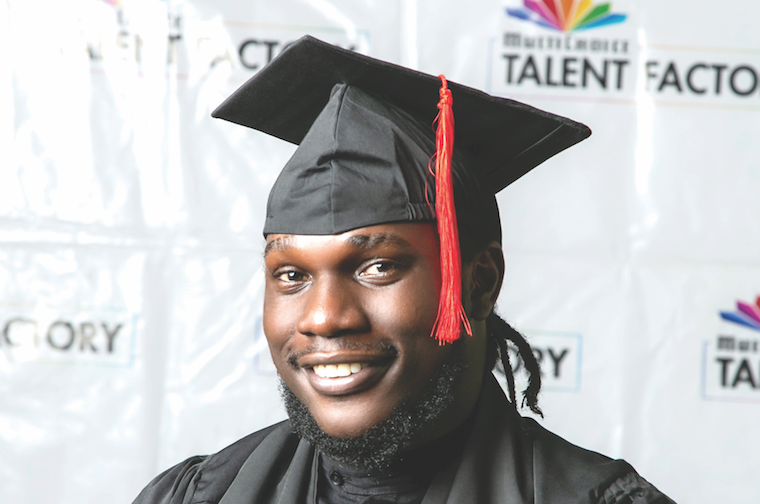 A Ugandan filmmaker has won a prestigious scholarship at the New York Film Academy of Visual and Performing Arts (NYFA), with another film editor securing a training opportunity with Jasco Broadcast Solutions, in what will be a major skills boost for the country’s entertainment field, particularly film.

The two Ugandans were among a fresh cohort of filmmakers that graduated from the MultiChoice Talent Factory (MTF) Academy Class of 2020.

Uganda’s Daisy Masembe won an eight-week scholarship from the New York Film Academy of Visual and Performing Arts (NYFA) while Abubaker Isiko will get an AVID media composer license from Jasco Broadcast Solutions. A total of 60 students graduated from the Lusaka, Nairobi and Lagos academy hubs.

The NYFA scholarship goes to the top-performing graduate per region. For the scholarship, Masembe will be joined by Abisola Aboaba (Nigeria) and Maira Tauacale (Mozambique). Jasco Broadcast awarded the AVID media composer license to the most-promising film video editor per region. Besides Isiko, the other two recipients are from Nigeria and Zambia.

Commenting on the graduation, Hassan Saleh, the managing director of MultiChoice Uganda, said: “We are elated by how well our Ugandan filmmakers did. We are confident that the skills they have gained from this training will transform our local filmmaking process.”

Saleh added that Uganda’s film industry has made gradual progress in the recent past albeit with some challenges such as financing, expertise, piracy, policies and infrastructure. In addition, local demand for Ugandan- made films remains subdued due to quality of the output since many directors still work with very low budgets. Availability of good-quality work - compelling scripts, good editing, good casting and modern equipment - is expected to create more consumption and, subsequently, attract investment in the film industry.

“Taking into account the multiplier effect, opportunities such as [these] will go a long way in enhancing the expertise of Ugandan filmmakers,” he said.

The MTF students’ academic course was extended from 12 to 18 months due to the pandemic. This additional time translated into the current students walking away with not one but two qualifications, making them even more sought-after as they re-enter their respective local film and TV sectors as highly qualified professionals.