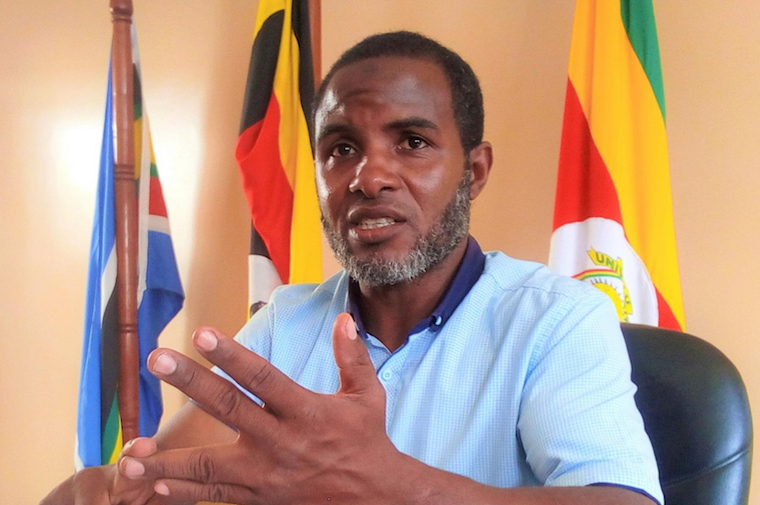 Khalid, who was later released had purchased 2,500kgs of beans and 1,300kgs valued at about Shs 10 million that he was planning to distribute to 100 vulnerable people in Pece Pawel Parish, Pece Division in Gulu Municipality.

The intended beneficiaries included the elderly, orphans, child-headed families, widows, widowers, PWDs and the sickly among others. The beneficiaries were registered to receive the food items last week through the office of the area local chairperson. The distribution of the food relief hit a snag following the arrest of Khalid on Wednesday last week by police led by John Bosco Nyangkol, the officer-in-charge of Gulu central police station.

He was charged with disobedience of lawful orders and was released on Thursday on police bond. At the time of his arrest, Nyangkol said that Khalid had defied the presidential directive banning all forms of gathering and donations of relief items to contain the coronavirus pandemic.

"I never disobeyed the president’s directives by distributing food where I gathered people and that is why they are telling me they are charging me with attempted murder. But after reaching the police station and being kept for a full night, I gave a statement later after having slept in prison, they couldn’t charge me with attempted murder," said Khalid.

Upon his release, Khalid was ordered to hand over the food items to the Gulu District Coronavirus Taskforce for distribution, which he rejected, saying the distribution process would be abused.

"Those people are all in their homes today with nothing to do, they can’t provide for their families. After surveying my area and people coming to me to seek help. As a civil servant, I have my salary, I have been helping some and I know they are in problems. I have been helping some. With this, I thought of talking to friends and I mobilised and I was able to get 3.5 tonnes of food. I got 2.5 tonnes of maize flour and also 1.5 tonnes of beans. My target was to distribute them to the vulnerable mothers and women in Pece division. I don’t know what happened but I was in my house and all of a sudden, someone comes and arrests me." Khalid said.

Khalid who is also a member of the Gulu Muslim District Council, says he has now dumped the food items at Jumia Mosque in Gulu town waiting for the coronavirus pandemic to end so that he starts the distribution process afresh.

David Oola, the village secretary told URN that they had planned to inform the office of the RDC on the planned food distribution on Friday but an informer carried a wrong message leading to Khalid’s arrest.

He explained that they had planned to call each beneficiary on phone to come and pick his or her food items to avoid crowding since it had been banned by government.  Every household was expected to receive 25 kilograms of maize flour and 15 kilograms of beans.

Robert Opira, a cobbler and one of those who was lined up to benefit from the relief food, says that he has stopped his cobbling business following the president`s directive. Opira says he was shocked to learn of the arrest since he was hopeful to receive the food aid which was the only hope for him and the three members of his family.

Khalid's arrest comes at a time when government is distributing food relief to vulnerable people in Kampala and Wakiso districts because of the nationwide lockdown to contain the spread of the corona pandemic.

In his televised address on Tuesday last week, President Museveni ordered the arrest of anybody found distributing food, saying they were endangering the rights of Ugandans since they are violating the directive on social distancing. Uganda has so far registered 52 cases of coronavirus disease.

0 #1 Akao 2020-04-07 04:51
This is BS. MusevEni is doing this soley for political gain, so that when election time comes he will tell people that it was only the NRM who distributed food.