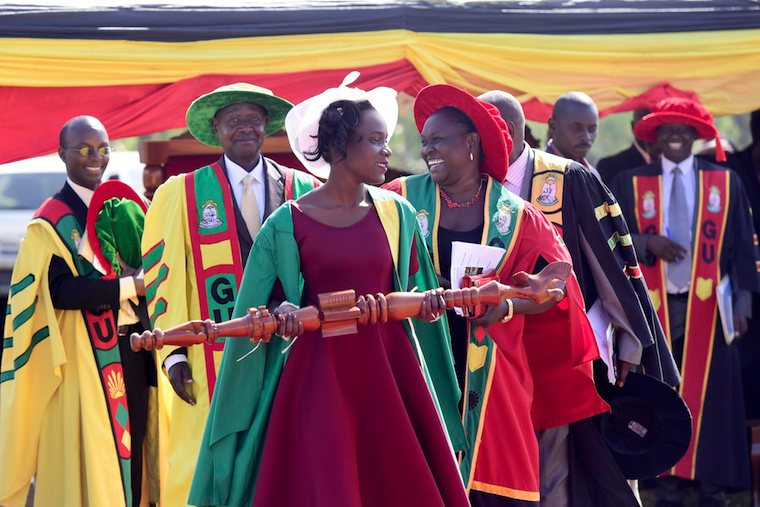 President Yoweri Kaguta Museveni has once again retaliated his call to universities to focus on sciences rather than humanities if they are to attract full government funding.

While presiding over the 15th graduation ceremony of Gulu university on Saturday, Museveni said by focusing on humanities, universities have contributed rather than solved the problem of unemployment by churning out thousands of graduates every year who can't find employment.

Up to 1,513 students comprising of 870 males and 643 females graduated from 47 different academic programs at Gulu university over the weekend. Statistics from the Uganda National Household Survey of 2012/2013 shows that the country's level of unemployment among the youth stands at 62 per cent representing 4.5 million of youth under 18 years.

In 2017, the National Planning Authority (NPA) released statistics indicating that 70,000 people with various qualifications from both public and private universities as well as tertiary institutions join the job market annually. However, only about 9,000 get some form of employment.

It means about 87 per cent of employable persons can’t find a job. Museveni argues that the burden of unemployment can only be dealt with when public universities realign their curricular focusing on science-oriented courses tailored at solving the human needs in society.

"Human activity is about solving the needs of society; people need food, they need health. Shelter, that is another need - the house where to sleep. Clothing, mobility. In the past, we were walking, we did not need a mechanism of transport but now we need assistance in moving around. Entertainment, communication so the courses you’re running here which [need] are you going to solve? If you answer that question correctly, you’re not going to fail. Don't train just for just." said Museveni.

The president also outlined four crucial sectors in the country that universities must explore and train learners to generate and create more employment opportunities for the youth graduates across Uganda.

"All these human needs are in four sectors. Sector one commercial agriculture, the second sector is industrialisation, the third sector is services - the entertainers the musicians, it is service. Tourism, transport that is all services. The fourth sector is ICT, it is a sector which is enabling other sectors to perform better. Therefore the universities must be very clear about these. If you think the sector is oversubscribed please don’t add it." said Museveni.

According to the president, during his recent meeting with vice chancellors of public universities and ministry of Education officials, he reemphasized the need to focus on science courses that the government is ready to fund the staff to the fullest.

"Recently, I had a meeting with the vice chancellors, with the ministry of Education, we were discussing the curricula, please if you focus, funding is easy. There is no way we can fail to fund science education. But when you bring SWASWA [social works], conflict resolution, women studies and you’re studying for three years, and you get a degree in women that is now why the budget is overstretched." Museveni added.

Museveni also gave a green-light for the construction of an Shs 8 billion Gulu university teaching hospital and contributed Shs 100 million towards the staff Savings and Credit Cooperative Organization (Sacco).

The construction follows numerous requests made by George L Openjuru, the  Gulu university vice chancellor for support for the construction of a new senate building at Shs 14 billion, administration block Shs 16 billion and Shs 45 billion to aid the general expansion of the university.

Prof Openjuru disclosed that Gulu university never benefited from the government seed funding programme to universities, which others like Lira, Muni and Soroti universities among others received for infrastructural development.

He implored the president and the Education ministry to consider the request for more funding to enable the university to undertake mega expansion of the existing facility to increase student enrollment to 10,000 from the current population of 4,500 to spur community growth and transformation.