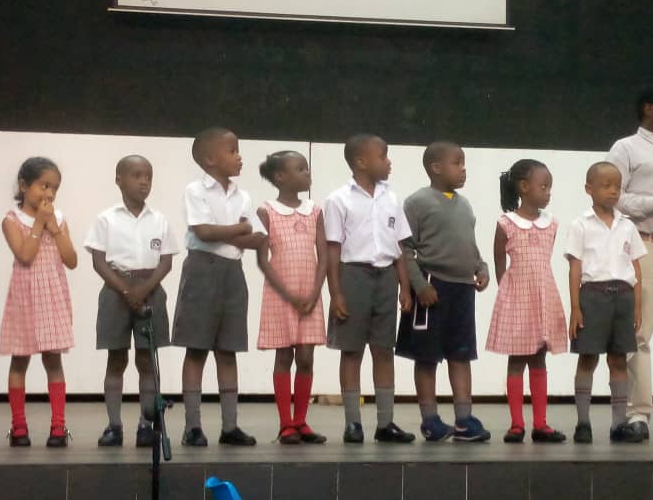 In May this year, Ruparelia Foundation boss Rajiv Ruparelia offered to sponsor Fresh Kid’s primary education at high-end Kampala parents school (KPS) from St Agnes Primary School, Kawanda, where he was a pupil.

He passed highly with 90s in English and Mathematics during interviews. As KPS closed for third term holidays last week, Ssenyonjo was announced at the end- of-year assembly as the top performer out of 52 learners in P2K.

“He is naturally a bright boy. Patrick had one challenge; expressing himself freely in English. He joined with a poor handwriting but grasped formation of letters very fast,” the teacher said. “There are still a few words that challenge him, but with more practice, he is destined for success.”

This teacher also refutes allegations that the child rapper could have been favored to maintain his celebrity status. P1 teachers supervise and mark P2 scripts and vice versa.

Commenting about Ssenyonjo’s character, the teacher says he is always smart, lives a normal life – he identifies as Patrick, not Fresh Kid at school – and is banned from performing in classes and on the compound, save for designated school events.

I am very happy with what the management of Kampala Parents did. I also like the way the professionals are handling him as a pupil as reported in the article.

This fame will evaporate with time, but Ssenyonjo the Youngman will remain. Bravo! All the best Patrick and your teachers/ mentors. Let not the fame get to your heads. Do the needful!
Report to administrator