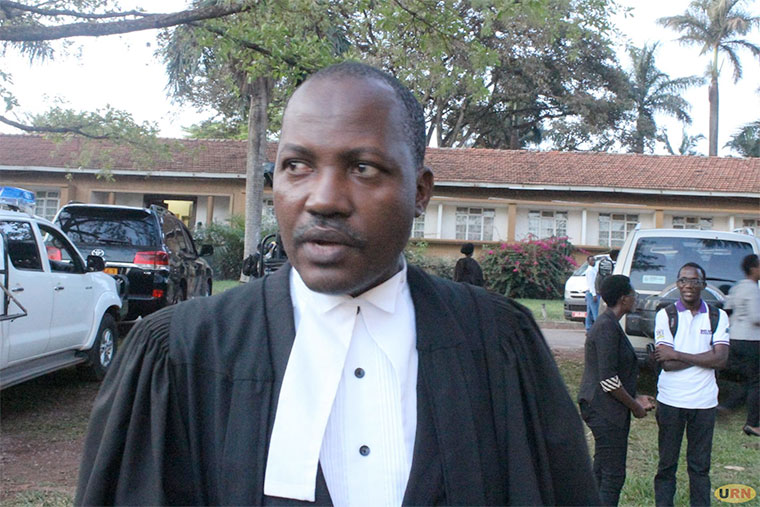 The principal of the School of Law, Christopher Mbazira has resigned. Prof Mbazira reportedly left his office on Saturday.

At the height of this conflict, the School of Law is fighting for its autonomy as a constituent college of the university while management wants it revert to either college of Humanities and Social Sciences (CHUSS) or college of Business and Management Sciences (CoBAMS).

The letter also communicates the resolutions of the Legal, Rules and Privileges committee of the University Council held on November 21. In the letter, the committee considered and noted that the Uganda National Council for Higher Education (NCHE) had not yet approved the Law School as a constituent college of Makerere University and that the statute for Management of Constituent colleges of Makerere University doesn’t apply to the School of Law.

Mbazira in his notice of resignation to the university vice-chancellor Prof Barnabas Nawangwe dated November 29, says he chose to step down from office in order not to infringe university policies.

“The resolutions touch on several things including the status of the School as a college. What concerns me personally though is paragraph 3, to the effect that I have served for over fifteen (15) months in an acting position and that is contrary to the Human Resource Manual,” writes Mbazira.

He adds that having been appointed in 2017, the premise of his occupancy of office was that the university was to conduct a process for a substantive principal.

“I have diligently acted as such. On receipt of the instrument of appointment, I presumed that management had considered all relevant laws and regulations. It is on the basis of this that I was providing a selfless service until the position is substantively filled,” he argues.

Mbazira says he has had a pleasure serving in the position towards building Makerere.

“This, therefore, is to inform you that I will be stepping down from the position of acting principal in order not to infringe university policies as indicated in the director’s letter. However, in order to enable the smooth conduct of business for purposes of wrapping the semester, I intend to leave office on 7th December 2019 at the end of semester I 2019/2020,” writes Mbazira.

Following the impasse, the School of Law academic board held a crisis meeting on Wednesday, December 4 to deliberate on the status of the school under the University and Other Tertiary Institutions Statue of 2012, which provides for the management of constituent colleges of Makerere University.

The laws dons contend that while the school has never been approved by the NCHE, internal processes of giving the school a college status were completed by a resolution of the University Council on May 22, 2014.

“The resolution of council as indicated above has never been revoked. Based on this, the Legal, Rules and Privileges committee (LRPC)’s resolution that the School of Law goes back to the deanship and a substantive dean is appointed is not only misplaced but illegal,” law dons say.

The law dons also contend that it is irregular for the Legal, Rules and Privileges committee, a committee of council, to direct management to implement its resolutions, which should be communicated to council as recommendations for council’s consideration.

“The assertion by the LRPC that the College Statute doesn’t apply to the school is not correct and should be disregarded. Sections 53 and 54 of the University and Other Tertiary Institutions Statute of 2012 allow the vice-chancellor to appoint a principal in acting capacity for a period of two years. The expiry of two years does not, however, mean that a unit is downgraded. The vice-chancellor could still appoint an acting principal until the approval by the NCHE,” law dons state in their resolutions.

Management and School of Law woes began early this year when the law dons unanimously issued legal opinions in support of the staff strike following the suspension of Makerere University Academic Staff Association (MUASA) and administrative staff leaders by the vice-chancellor.

In his recommendation to the University Council sitting on February 11, 2019, Nawangwe recommended the school’s indefinite closure for failure to resume teaching.

0 #1 WADADA rogers 2019-12-09 23:48
Nawangwe needs prayers, he is so mechanical in the way he handles the affairs of makerere
Report to administrator