I have been privy to the goings-on at Makerere University for more than 20 years.

Recently, following a strike, President Museveni set up a commission of inquiry to study the problems at Makerere. Consequently, this committee put out a call for written memoranda on December 8, 2016. Here is my contribution to that call.

Public universities all over the world are continually facing challenges arising out of the broader needs of society and expectations. This has impacted on the universities’ ability to achieve their core functions of teaching, learning and research to guide the education system in the country.

To cope with the transformational needs of a society, a modern university in the 21st century should be mandated to better serve students and the community for decades to come. There is, however, a growing gap globally between the public purposes that need to be served by universities and the realities of higher education, as a result of rising costs of education.

In particular, Uganda’s expectation of universities is to provide the skills needed to develop the science, the technology and the research capacity for prosperity and harmonious nation; the outsiders (society) want the students trained for their first job out of university; while the academics want the student educated for a lifelong self-fulfilment. 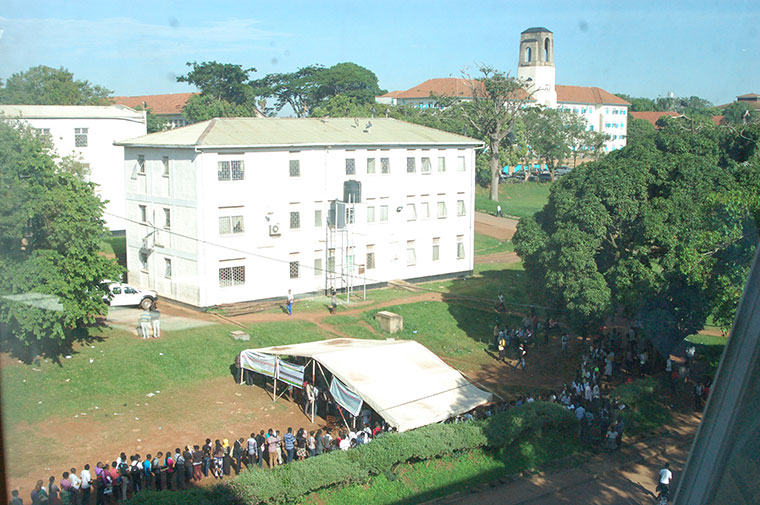 Indeed, Makerere University is seeking to reposition herself ‘to be the leading institution for academic excellence and innovations in Africa’ with a mission ‘to provide innovative teaching, learning, research and services responsive to national and global needs’, a pledge that requires a supportive dynamic leadership.

The leadership in any university is credited by the ability to execute its mandate and provide service as per its responsibility. Lack of clarity of institutional autonomy has led to accusations and counter accusations, especially between government and the university, as to what causes the deep financial crisis.

Whereas the government accuses the university of mismanaging its resources, Makerere has accused the state of underfunding and needless meddling when it tries to revise tuition fees to plug its financial gap.

Leaders should be accountable for adherence to rules and regulations, conforming to standards and adhering to policies regarding human resources management and quality assurance, respecting the appointing authority as well as other stakeholders/ humanity (colleagues/followers).

Absence of respect to humanity has frequently created internal leadership misunderstandings,  that have sometimes tended to project attitudes of disrespect and insubordination, labelling every error as grave/gross mistake; trading accusation of indiscipline, while promoting enormous humiliation, a situation that continues to prevent ful­filling leadership potential in achieving the mission of the university.

The challenge of service leadership in Makerere has been exhibited by a demonstrated absence of teamwork and team building, unplanned policy shifts, and continued circumstantial implementation of university policies, and demonstrated absence of institutional allegiance and ownership, as well as exhibited uncoordinated internal processes in managing organisational systems and people, an area that requires a leadership intervention.

We need to address the mode of selecting high-level executive and accountable leaders in a university through a clear understanding of mandates and authority entrusted thereby, an area that requires attention.

Indeed, the continued long-standing disputes and standoff between management, lecturers and students has affected the university’s image, a situation that continues to portray staff as greedy people and sometimes projecting a university as bankrupt; a challenge that requires a leadership solution.

There is a need for a careful mix whereby both the stakeholders in public universities and the state contribute equally to create cohesion and utilise the available resources (human, infrastructure) since we all want the same thing.

As much as infrastructure development is a major challenge at the university, it can become a major source of funding as carried out by many leading universities in the world such as Harvard, Oxford and Cambridge through endowments that fund up to 40 per cent of their budgets.

This is in addition to the cost-effective use of resources, like halls of residence, as well as enhancing the productivity of university real estate holdings.

Incidentally, with a sustainable private sector partnership, the proposed convocation project can create an opportunity for resource mobilisation.

For instance, instead of a wall to keep out the outside world, the university’s borders could house a sprawling mall (with facilities like conference) that not only comes out of a well-thought-out resource mobilization programme guided by public-private mix and university-industry, but also provides employment opportunities for students, as well as business opportunities for the public.

Lastly, Makerere University is at the cusp of technological advancement and this could be used as a driving force in contemporary higher education. To be competitive in the global movement, adoption of e-learning technologies in teaching and learning, research and innovation requires no negotiation.

There is a need for linkages between Makerere and corresponding government systems such as the national science, technology and innovation agenda, public-private partnership for knowledge transfer, Skilling Uganda, UPE and USE and the proposed national graduate service, among others.

It is time Makerere University positioned herself to meet the ever-changing needs of society for a transformed Uganda and Africa.

The author is professor of Information Science at Makerere University, chairman of the Uganda Textbook-Academic and Non-Fiction Authors Association (UTANA).