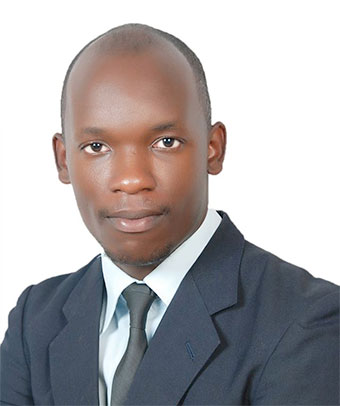 Roy Ssembogga should be a medical doctor today, after he completed his five-year programme at Makerere, early this year in January. As BAKER BATTE LULE found, Ssembogga still has to pass a course he failed in his second year, but is enjoying time as guild president.

Trouble started when Ssembogga was chosen by a youth organization to represent Uganda at a conference in Norway. Little did he know that this trip would later be a turning point in his life!

It gave him the opportunity to fly out of Uganda for the first time, as well as a chance to appreciate what he now sees as bad university policies. Ssembogga also missed an examination, which resulted in the retake that is still keeping him at the university, a year after his former classmates graduated.

“I was held up by a policy of ‘stay put;’ you fail a paper, you don’t progress. It is unacceptable in any university but in Mulago it was being implemented,” he says.

“This inspired me to join leadership because something was wrong and someone had to do something about it.”

Unlike other retakes in other course units, this particular one was from a progressive course. One is unable to study another course in compensation in another semester or academic year, until they pass this particular session. Among other things, he hopes to address this problem.

Roy Ssembogga was born 25 years ago on December 12, 1990 to Ponsiano Kibirige and Ruth Nakyejwe in Entebbe. He says his parents divorced when he was in P4 but they took turns looking after their four children.

Ssembogga started his education at Kiwafu Muslim primary school in Entebbe, before continuing to Our Lady of Africa SS Namilyango for O-level and A-level. A brush with the law saw him expelled from Namilyango during his senior five, leading him to a short stint at Naalya SS Namugongo.

“But later [Our Lady] invited me back because I was a bright student … [they felt] I was supposed to get 25 points for the school,” Ssembogga said. He didn’t disappoint and passed well enough to gain admission to the bachelor of Medicine and Surgery at Makerere.

At Makerere, Ssembogga was elected chairman Nkrumah hall, then chairman of the University Electoral Commission and sports minister in Medical School among others.

“I have been a leader all through school. I derived my inspiration from James Wodya, my teacher at Our Lady of Africa, who used to tell me that, ‘you can be an academician as well as a leader.”

Ssembogga says he has taken cue and been able to balance academics and administrative responsibilities. While he is looking forward to starting his medical career after concluding his studies, he cannot rule out a stint in national politics.

“Only God can tell what will happen, but for now I’m going with the flow,” he said.

The political process that brought Ssembogga to the fore was mired in problems, right from the start. However, on March 11, 2016, when the polls were held, it was clear that there were two major candidates, Ssembogga and Basil Mwotta from the college of Education and External Studies.

When the electoral commission chair, Roy Ndaula, called the results, Mwotta had narrowly defeated Ssembogga. However, there was a problem with the results in the college of Education, Mwotta’s home turf.

Mwotta had returned more ballots than the registered voters. Ssembogga’s team reasoned that if the allotted 13 ballot booklets had been used (each booklet had 50 ballot papers), the electoral result should have reflected 650.

Instead, Mwotta alone got 753 votes against Ssembogga’s 32, leaving a sprinkling of 16 votes for remaining candidates taking the total tally to 801.

“Nobody could explain where the other 151 came from. We petitioned the electoral commission, telling them that before they declare the results, they first look into the matter but with the help of the police, they disagreed with us,” Ssembogga said.

“We wrote to the university [Electoral Commission] tribunal and a verdict was reached that indeed there was rigging … it called for fresh elections at the [College] of Education but my colleague opted to go to court, reasoning that the ruling of the tribunal was unfair.”

While he started his term quite late, he has only four months to go, Ssembogga has pledged to reconcile with Mwotta at all costs. He has indicated that he is prepared to plead with his lawyers to have the Shs 35m costs withdrawn.

“The same way I went to the tribunal to seek justice is the same way my colleague went to court for justice. I will discuss with my lawyers to see that they don’t file for those costs,”

While Mwotta is yet to accept the offer, Ssembogga has already asked his opponent to consider a position in his guild cabinet.
Of his remaining tenure, Ssembogga says he will realize his dream of a better Makerere.

“I have a strong conviction that you don’t need a lot of time to impact on people’s lives.  I don’t need four months to look for missing marks, stop sexual harassment, and improve on security,” he said. “Throughout my leadership, I have been delivering,”

He has also called on Makerere students to shun electoral malpractice, saying what plays out at the university will finally reflect poorly onto the national scene.

“Makerere should be a model but if we start indulging in such behaviour, it is absurd. If people can stuff ballots and do all sorts of vote rigging, it means that when they join the national scene, they will do similar or worse things,” Ssembogga said.

He has an interesting take on the numerous strikes that have come to define Makerere lately.

“The people who are tainting the university’s name are not the students, but the perpetrators of bad policies.”

He thinks unless the administration reconsiders its stance, things will not change.

“There is no single time that a Makerere student rises up without good reason … what normally starts as boardroom negotiation turns out to be civil disobedience on the streets, because we usually give them [administration] time but they only listen when violent strikes are inevitable.”