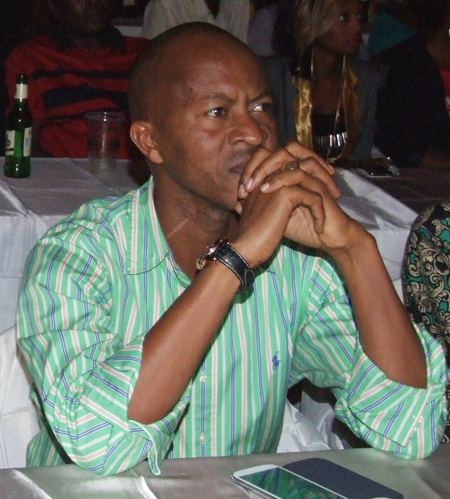 One of the questions people have been asking is why Frank Gashumba was recently invited to Rwakitura.

The man is not known to own a struggling anti-Aids NGO or to covet a presidential seat.

Wolokoso authoritatively suspects that President Museveni was acting on wolokoso intelligence reports that Gashumba was getting money from an enemy country and preaching confusing and poisonous propaganda in the media.

And Gashumba is gushing with swagg about the meeting: “I was frank with him and I told him how his government is full of vampires and I assured him that as long as I’m still alive, I won’t stop talking.

I told him that the challenges we face today are a sign of dead politics in Kampala and failed policies of the NRM government,” Gashumba posted on his social media platform.

But the big man had more questions in his legendary hat: “Why do you hate me and NRM?”

Gashumba claims that he pulled out an old photo of Museveni, taken during the bush days, and told Museveni that he had abandoned the common man he went to the bush to fight for.

Mwiru says ‘no’ to Rubaramira family

It is often said that politics does not allow for permanent friends or permanent enemies.

But it seems Jinja Municipality East MP Paul Mwiru does not have room for such relativism when it comes to a one Rubaramira Ruranga.

And while appearing on CBS radio’s Kkiriza Oba Gaana (take it or leave it) talk show, Mwiru did not hide his displeasure, saying he would never allow his children to marry into Rubaramira’s family.

Okay! But then again, Mwiru is a politician. Or is he a different breed?

Terego MP Kassiano Wadri can have a good sense of humour when he wants. Last week, for instance, he amused the Public Accounts committee when he suggested that Buyaga East MP Ignatius Besisira, who, of course, hails from the oil-rich Bunyoro sub-region, had lots of oil in him.

While squeezing officials from the Uganda Prisons Service on Thursday last week over the queries raised by the Auditor General during the financial year 2010/11, Wadri said: “Do you think this man in whom you see oil, is satisfied with your answer?”

He was addressing the Accounting officer of the Prisons service, Simon Kimono, on realization that Besisira was still raising some questions. Of course, to cut Wadri some slack, the flamboyant Besisira can look as if he is well-oiled.

Government Chief Whip Justine Kasule Lumumba became hugely unpopular among NRM MPs when she deployed scouts to watch over them as they moved in and out of Parliament.

But MPs recently found out that she had her good side, after she left her office under the charge of Richard Todwong, the Political mobilization minister.

“Todwong is a complete loss for us. The man is so rigid when it comes to releasing money; I had hoped that he would give me some fuel but the man has refused. If this is how he is going to run that office, Lumumba should return quickly,” said one male MP, part of a group of NRM legislators that travelled to Buhweju for the parliamentary by-elections.

Well, well, a case of the-devil-you-know?

When President Museveni launched his countrywide anti-poverty campaign, many thought that the man with a vision had started the 2016 campaign.

But the good man is serious about fighting poverty using all available means. Why else would he be seen with people making cassava chips? Last week,  President Museveni was in Adjumani to launch the district cassava chippers association. For the uninitiated, the chippers cut cassava into small chippings that are eventually dried and ground to make cassava flour.

Talking modernisation, you cannot expect the cassava chippers to continue using ordinary knives as the president gave them a few chipping machines to ease their work. And please, this is not wolokoso!