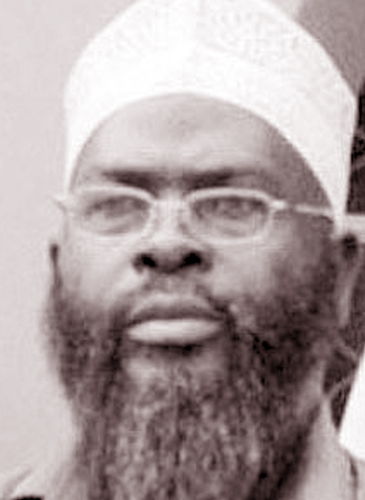 A man has confessed to killing Sheikh Abdul Karim Sentamu, a prominent Islamic scholar who was gunned down on April 20 along William street, moments after he left a mosque nearby.

According to a police source familiar with the investigation, Arone Madanda made the confession before he was remanded to Luzira prison. He was produced before the Buganda Road Chief Magistrate’s court on September 21 and charged with murder. According to police documents, the 34-year-old claimed to be a telecommunications engineer although he is unemployed.

Our police source adds that Madanda made the confession before a prominent businessman whose identity cannot be revealed. The businessman was wondering how he could obtain a firearm for personal protection.

“It is then that Madanda told him that he (Madanda) could easily get him a gun. He said, ‘It is very easy to get a gun in Kampala. I have two pistols. How do you think I killed Sentamu? In fact, I haven’t been paid my Shs 20m,’” our police source revealed.

The businessman, a Muslim like the late Sentamu, picked interest in the man’s claim and probed further for details. The businessman was further told that upon shooting Sentamu, Madanda made a beeline for the boda boda that was awaiting him.

The assailant also revealed that he was disappointed when he learnt that Sentamu didn’t die on the spot. From a distance, Madanda could see Sentamu being helped by mainly Muslims from the William street mosque where minutes earlier the cleric had been teaching about marriage. Madanda claims having used the gathering crowd to disappear.

Intrigued by the story, the businessman encouraged Madanda to secure him a gun at an agreed cost. Information in the possession of the police shows that Madanda had told the businessman that he has a friend in the Police who could easily get him a gun.

Madanda’s colleague, however, denied having plans to hire out his gun during interrogation. He claimed that Madanda had simply invited him to lunch. He further claimed to have known Madanda from the cadet course the two attended together although the latter had failed to make it into the Police Force.

Although the confession and subsequent arrest of Madanda is a major breakthrough in solving Sentamu’s murder, the police are not closing the file as yet.

“Although the man made the confession, we are not giving up yet. We also need to test his confession,” a highly placed detective told this paper.

The police will test the recovered shells at the scene against the pistols Madanda claims to own. Sentamu was killed by two bullets from a pistol to the right-hand side of his chest. The killer, who approached the car from the driver’s side, was identified as wearing a black T-shirt and a headscarf.

In June, we reported that the police were following three lines of investigation: that Sentamu could have been killed by ADF rebels whom he was still in contact with or that he could have been a victim of the Muslim wrangles between the Kibuli and Old Kampala factions.

The third line of investigation involved the woman who was in Sentamu’s car at the time of the murder. The suspicion was that she could have known a thing or two about the incident.

Until Madanda’s confession, no arrests had been made despite police insisting that it was making positive progress in the investigations.

Because it was a wild confession to make, the police took Madanda for a mental check up whereupon he was proved to be sane.