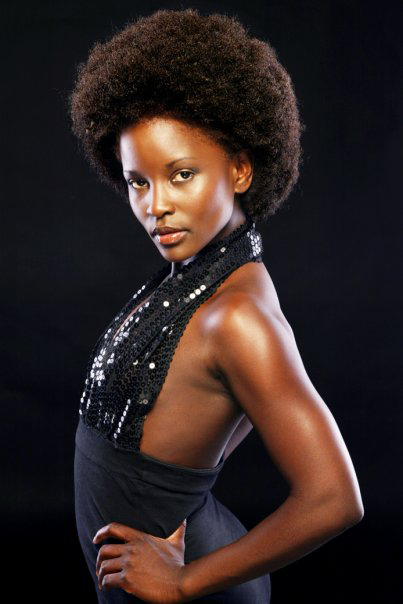 Although the show was a big hit back then, Kagga has since scaled the entertainment world, that she even had an acting career in Hollywood.

She has starred in TV shows like CSI: New York, Life, Runaway Stars and films like Star Trek, He Is Just Not That Into You, A Good Day To Be Black And Sexy, Hitchhiker, and Cowboys And Indians.

Kagga has also done TV commercials for brands like Apple, Microsoft, Dove, Pepsi, Kfc, Coors Light and Budweiser. But even with all these accolades, Kagga still treasures her moments on Jam Agenda, describing them as some of her best.

“It allowed me to discover the actress in me and it’s then that the dream of going to Hollywood was born,” Kagga says with her trademark smile that has since graced the silver screen.

But if you thought that now she lives in the fast lane complete with a mansion in Beverly Hills, you are wrong.  Today, Kagga spends most of her time in Uganda, working with Tullow Oil Plc as a petroleum engineer. Yes, petroleum engineer.

She works in Tullow’s subsurface department, specifically in production technology. Her work involves devising ways of safely and efficiently producing hydrocarbons (oil and gas) to the surface.

During her Jam Agenda days, Kagga was a student at the University of Birmingham, UK, studying Chemical Engineering. She used to present the show during her holidays until she decided to fully settle in the UK. After graduation, she worked as a process engineer for a US military outfit in Albuquerque, New Mexico, but her Hollywood dreams lay beneath the surface.

Then her breakthrough came in 2001 when she did an interview with Lucky, a US magazine. She later got signed up by an agency, Wilhemina Models in Los Angeles to do print and commercial work. She decided to take four years out of engineering for this because “it was fun and it paid ridiculously well.”

It was then that she appeared in commercials and later branched into Hollywood. Love matters. Kagga prefers to keep her love life out of the media but she fondly speaks of her daughter, Naava, whom she describes as her greatest achievement so far. Why? “I gave her life.”

Kagga went to Kampala Parents’ School and Gayaza High School before she left for university in the UK. She comes from a family of engineers and her father, Abdu Kagga, is a civil engineer, who owns Kagga and Partners, an engineering firm.

Two of her siblings are civil engineers, one is an electrical engineer and another – the exception to the rule – pursued a degree in finance. As for her mother, well, Kagga thinks Mwagale Kagga, is “an accomplished ‘domestic engineer’” and the most amazing mother.

“My parents have taught us that there is no dream too big and that ‘impossible’ is just a word,” she says, explaining why she dares to dream big.

Yet Kagga is driven by her fear too.

“My biggest fear is not getting it right,” she confesses.

She also believes we need to give ourselves the permission to be anything we want to be and we will be amazed at what we can achieve.

She also hopes to nurture, develop and showcase Ugandan talent.  Her directing debut, The Life, set in Kampala will premiere on December 21. Vampino, Susan Nava and Gasuza will star in the film.