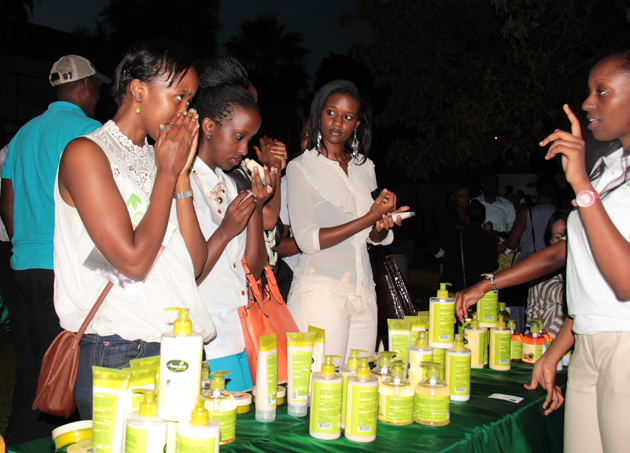 When Sivi Kigongo and her mother Olive Kigongo thought up the idea of making a skin care line in Uganda, never in their wildest dreams did they anticipate such success.

But it was off to a good start last Thursday at the launch at Mosa Courts. The crowd was really impressed by Amagara Skin Care on sight. Amagara means life in Runyankore. If you put in mind other Ugandan skin care products on the market, it is without a doubt that some brains did great thinking about packaging. The product is well thought out and looks every bit worth space on international shelves. Whether the product actually delivers a flawless skin is another story that only time will tell.

The video on show at the night of the launch showcased the manufacturing process right from scratch in the Ugandan gardens of local farmers in eastern and northern Uganda, growing papaya, passion fruit, cucumber, avocado and local herbs used in the making of Amagara. The Amagara Skin Care team says the whole manufacturing process is done in Uganda by scientists at Uganda Industrial Research Institute, and it is made for the African skin.

Speaking at the event, Olive Kigongo, the managing director of Amagara Skin Care, said she was happy she has finally given back to her community something of good quality and international standards. At the event, everyone who was invited turned up to show support. First off was Charlotte Kutesa Kainerugaba, who walked in with little funfair and mingled with the crowd like she was any other ordinary person. 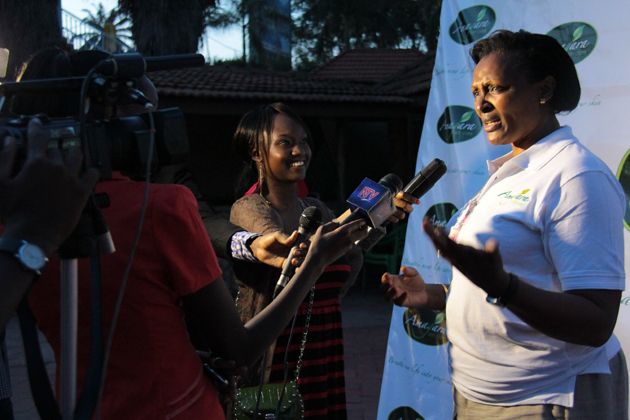 She took to a corner with Susan Muhwezi and the two were buried in small talk and were later joined by Olive Kigongo. In the other corner was Buganda prince, Jjunju Kiweewa Ssuna, dishing out hugs and pecks to his friends. And those friends were quite the who-is-who from prominent families in this town.

In the audience was also the latest designer on the block, Juliana Nasasira. Lillian Mbabazi was chosen as the main act of the night, but stopped halfway when the machines went off, because she was actually lip-syncing her own songs. Sad.

The body lotions, body butter, shower gels, and hand washes can be found in all Capital Shoppers supermarkets, Bold Boutique at Kisementi and will soon be available in all supermarkets countrywide for Shs 20,000.