Ugandan theatre is surely on the road to redemption.

Otherwise how do you explain the rate at which local playwrights are churning out amazing works?  And the latest mile comes from a familiar production. Folks, Cooking Oil is back.

The 2008 play by award-winning writer, Deborah Asiimwe will once again showcase in Kampala on August 14-15 at the Kasanga-based In Movement facility. The play, which Asiimwe says has since been rebranded to make it more conversational and audience engaging, is best remembered for its grand home debut at the National Theatre in 2010. Then, audiences were left wondering what is left of our banana republic of Uganda.

See, Cooking Oil chronicles a hopeless village whose situation is only made worse by the deep-rooted corruption among its elite. Instead of distributing the foreign aid (cooking oil and money) to the poor homesteads, local politician Silver opts to sell it to foot his excesses including flying his family out for a holiday in the plush Bahamas.

The plot, inspired by the much publicized Global Fund scandal involving top government ministers, left audiences in tears. Yet Asiimwe says it is nothing compared to the rebrand.

“The new version is the real deal,” says the playwright who has since shifted base to the US.

“I had to do it for audiences because I felt the original version didn’t give them any chance to participate yet they loved it so much. The venue is also more intimate.” 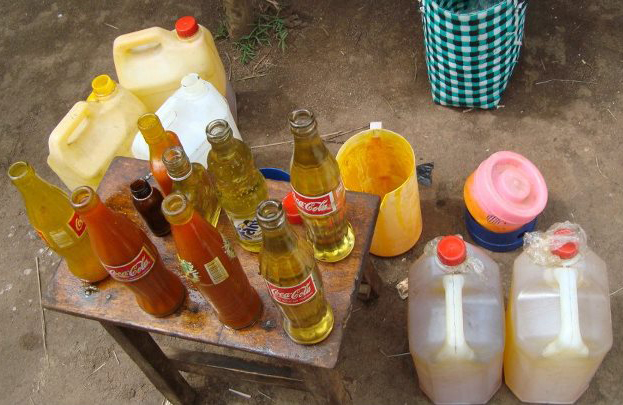 But the new Cooking Oil still maintains the tell-it-all approach that has endeared it to fans across the globe. Some of the most powerful scenes and characters had to stay. For example, the imposing scene involving the gruesome murder of the protagonist Maria (this time played by Stella Lutaaya instead of Rosario Achola) is bound to leave no dry eye at In Movement.

And as a graduate of Fine Art in Writing for Performance from California Institute of the Arts (CarlArts), Asiimwe knows a thing or two about making a good play. She is the winner of the 2010 BBC World Service’s African Performance playwriting competition.

“We are only trying to mirror our society. If government does not like it [play] then let it change the situation,” she says.

With an experienced international crew (the play boasts of a huge American and Rwandese crew including celebrated director, Emily Mendelsohn), laced with a huge budget of over $20, 000 (about Shs50m), Asiimwe hangs Uganda’s most corrupt officials live on stage.