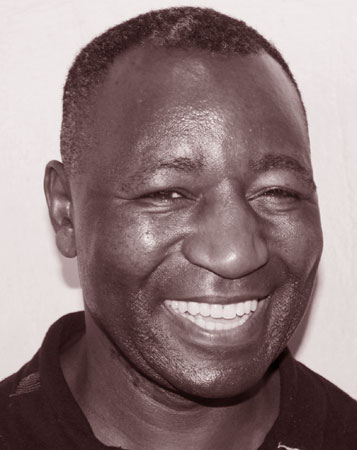 At a hastily arranged meeting at one of Kampala’s downtown restaurants, US-based former world boxing champion, Cornelius Bbosa, got more than he had expected at the conclusion of a rare visit to his native country.

“I came here to check on parents but this is the biggest surprise for me on this trip,” an excited Boza said.

The two boxing legends hadn’t met since 1986. Coincidently, their meeting happened at Thembo Inn, just a few metres from Kampala Boxing Gym (KBC) where Gabiraari spotted and recruited young Boza into boxing in 1968.

“I was nine years when he took me to the gym and told me, ‘you’re a future champion,’” Boza said as he hugged the man who shaped his amateur career.

Gabiraari proudly recalled how Boza teamed up well with the likes of Ayub Kalule and Mustafa Wasajja at KBC and at national team level to rule Africa during the golden era of the 1970s.

“They were all talented and skilled southpaws; so, it became a craze in the gym that every boxer tried as much to adopt their stance,” Gabiraari recollected.

Indeed, the trio in Kalule, Boza and Mustafa lived up to the billing; they went on to rule the world after turning professional. Most notably, Kalule became Uganda’s first professional fighter to win a world title when he clinched the WBA light middleweight crown in 1979.

But after several decades of living in England and finally settling in the US, Boza thought there could be muted memories about his successes back home. He was wrong.

Humbled by the warm reception from the retired and current fighters, not to mention the general boxing fraternity, Boza, who is 56, was overwhelmed. Although organized at short notice, the meeting had top Ugandan former boxers like Ayub Kalule, Justin Juuko, Joseph Kiwanuka, Badru Lusambya, Olympians Joseph Lubega and Sam Rukondo in attendance. Several administrators, coaches, promoters and fighters of the current generation turned up too.

Boza had last visited Uganda in 1997 when he travelled as part of Team Juuko for the fight against Ramirez held at Nakivubo Stadium. But amidst the excitement, Boza must have been saddened that of recent, administrative wrangles have ruined Ugandan boxing.

For the first time Uganda won’t send any pugilist to the forthcoming Olympic Games in London next month. Boza promised to rally Ugandan former fighters in the US to see how they can help in restoring order. He recommended the ongoing efforts spearheaded locally by the likes of Juuko and Godfrey Nyakana.

Currently, Boza works with the world’s number one pro fighter, Floyd Mayweather Jr. He is a matchmaker for the American superstar’s Mayweather Promotions based in Las Vegas where he lives with his family.

Born in 1956 to poor parents in the shanty Kisenyi suburb, Boza rose through amateur ranks to the national team, moved to England where he turned professional and went on to win the world title in the US.

Do you miss home after almost four decades away?

Of course I do. But I keep in touch by listening to Uganda music, calling my parents and following events through the Internet.

Who are your picks for the best current fighters in the world?

Who would win between Floyd and Manny?

Floyd would beat Manny on any day. He’s got all the money but Floyd works like a slave; he comes in the gym and puts in three or four hours of training.

Which is your best career fight?

Both fights against Bobby Chacon; I lost the second but they just cheated me (he defeated Chacon in 1981 to retain the WBC title but fell to the American in 1983).
Your view of Sharif Bogere.

Why did you change from Bbosa to Boza?

It’s out of a tongue twister that my name changed when I went to England. The commentators, especially on BBC, pronounced it as ‘Boza’. There was no time to keep correcting them and so it persisted.