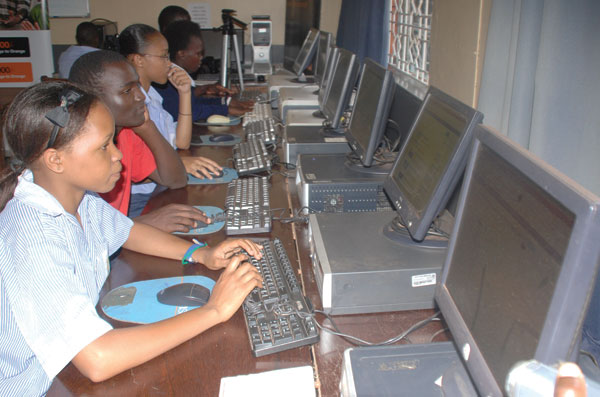 Half a year since the government directed schools across the country to start formal teaching of Information Communication Technology (ICT), The Observer reveals that progress has been slow, with the sector beset by various shortages.

A survey by the Uganda Communications Commission (UCC) shows that most computers in schools are used for administrative work, rather than teaching computer studies. The study, titled A Survey on the Status of Computers in Secondary Schools of Uganda: Opportunities and Challenges, shows that of the 664 schools surveyed in February and March this year, 448 had computers, meaning 180 schools had none.

The survey was carried out during the senior one and senior five students’ selection exercise early this year. It shows that for every 15 students of computer studies, there is only one computer, a ratio of 15:1. Some 71% of the schools surveyed are government schools. Without necessarily stating so, the study shows that there is a lot of room for improvement in the teaching of computer studies.

The survey considered schools that admitted 447,740 students with 18,693 teachers. Out of these only 5,288 teachers are computer literate and 544 are teaching computer studies as subject to 111,834 students. In this respect, however, UCC the ministry of Education and Sports have recently embarked on refresher training to acquaint teachers of computer studies with the ICT syllabus.

Batches of the teachers have been brought to Kampala for the exercise, and it is expected that they will be better placed to teach the subject. Still, the number of computer studies teachers is too small compared to that of the students. Dr Agnes Rwashana Semwanga, a computer science lecturer with Makerere’s College of Computing and Information  Sciences, is saddened by the low number of computer literate students especially since some of them end up in her class.

“Strange but true, I have interfaced with students who enrol for IT courses at the university but have never even touched the mouse. And interestingly some of these students come from schools that already have computers,” she says.

Semwanga confesses that she has not seen the syllabus that students are learning from, but believes that computer use should not be restricted to just computer studies but other courses and at all levels.

“All students, regardless of whether they are taking computer studies or not, should have the opportunity to use computers. In some schools such as Aga Khan primary school, pupils in P.5, P.6, and P.7 use computers to do research as well as word process their project reports,” she adds.

But the schools have their work cut out if they are going to ‘computerize’ their classes – teach all their subjects with the aid of computers. Apart from students not having sufficient access to computers, many schools do not have the money to pay for internet access and facilitate students’ online research.

Of the surveyed schools, only 395 had at least a room for computer studies, while 121 had no such rooms. Only 21.4% or 142 had internet connection, while 23.3% or 156 schools had no internet connection. The rest did not respond to that question. The schools surveyed received their computers through various avenues, with UCC, through its Rural Communications Development Fund, being the biggest source.

It supported over 36% of the respondent schools. The rest came through parents’ contributions, donor agencies and schools’ initiative. Most of these computers are using three major energy sources; mains electricity, generator and solar power.  However, it is hard to tell which source of energy is predominant since most are using combinations, with electricity and generators accounting for the bulk of power. 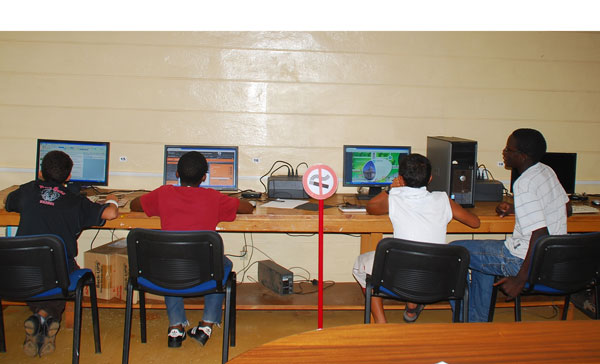 Some observers believe this is a genuine effort by the schools to implement a decision reached by Education Minister Jessica Alupo nearly a year ago. After releasing the A-level results early this year, the minister announced that students would no longer be allowed to do more than three principal subjects. Instead the students would have to choose between Mathematics and ICT as subsidiary subjects in addition to General Paper.

Dr Paul Birevu Muyinda, who holds a PhD in Computer Science from Makerere University, says the decision was carried out without sufficient preparation; he suspects that the introduction of ICT in schools will further the existing gap between rural and urban schools.

“Already, there is a divide in quality of education provided between the privileged town schools and the disadvantaged rural schools. It looks like at introduction of compulsory computer studies at HSC will further this because it will be harder to retain a computer literate teacher in the rural areas than it has been to keep a mathematics teacher there,” he says.

For this, the ministry doesn’t seem to have answers as previous schemes to support science teachers are not working. But Muyinda adds that the situation will improve with time, as more schools adjust to the new training regimen. “A start is important. The statistics portray an enthusiastic start of Computer Studies. Five years down the road, the picture is likely to be rosier. Better late than never,” he says.

Thus it would appear that just like in the free education schemes, parents will have to make do with the experiments some schools are involved in at training ICT. But Muyinda is emphatic that all is not lost. Muyinda, who heads the Open and Distance Learning department at Makerere, says they have programmes to train diploma holding Science teachers, so they can upgrade to graduate teachers and computer science is one of the subjects they teach.