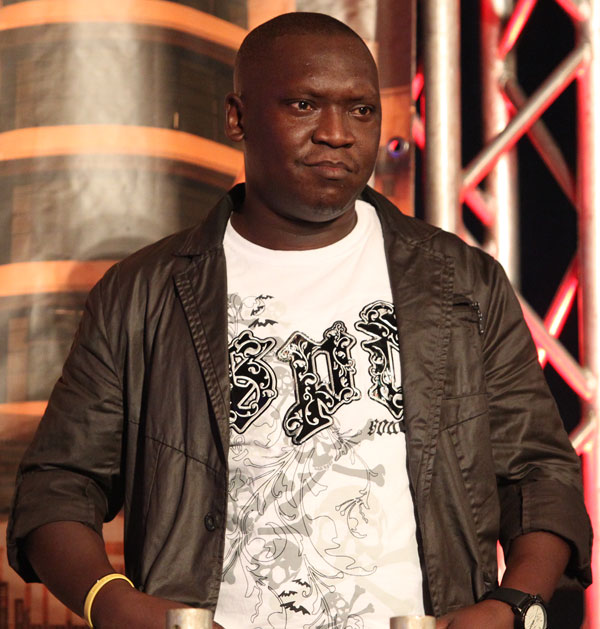 He is known as Salvador to comedy lovers, and Patrick Idringi is one of Capital FM’s newest sensations.

He co-hosts the Dream Breakfast on Saturday mornings alongside Shawn and Tatu. Idringi has excelled in the art of standup Comedy and his ability to say what others cannot say has made him one of the most outstanding comedians in Uganda. Idringi, together with Alex Muhangi, Daniel Omara and Emmanuel Ssebakigye, formed The Crackers which has become one of the greatest standup comedy groups in Uganda. The group is also behind Mic Check, a comedy programme on NTV.

For a guy who started out like any other corporate worker, Idringi was nominated for a Young Achievers award in the entertainment category just after seven months in the industry, in 2010. And now Salvador has been selected to represent Uganda in the Night of a Thousand Laughs comedy show in Nairobi, slated for May 5, alongside some of Africa’s best acts such as Nigeria’s Klint the Drunk and Mandy, Zimbabwe’s Carl Joshua, Ghana’s Funny Face and Kenya’s Eric Omondi and others from South Africa.

This telecom engineer is a bag of talent; did you know he is also a musician and an actor? Born in a Kakwa family from Koboko, West Nile to Mr and Mrs Lawrence Dawa, the funnyman is the second youngest in a family of seven children – three girls and four boys.
The ladies’ man went to Our Lady of Africa nursery school, Kiswa primary school, St Charles Lwanga College Koboko and Bishop Cipriano Kihangire secondary school. He graduated from Makerere University with a Bachelor of Science in Telecommunication Engineering.

Idringi says he grew up with engineering dreams and took it upon himself to achieve them. But at school classmates would praise his great sense of humour. It was then that he realized he had another calling as a comedian, although even then, it was more of a pastime, not a vocation.

“I tried doing so many things but didn’t feel complete until one day when I earned myself Olanya’s accent. ‘With this accent, I think I can make people laugh,’ I said to myself. I didn’t know that people earned money through such things until the day I saw crowds pay to watch Theatre Factory,” Idringi says.

Many wonder why he is now better known as Salvador!

“I once cracked a joke about a girl who was in a shopping mall and when she saw me, she dropped all her groceries and run to me shouting SALVADOR….! That’s when people started calling me Salvador; a name that has become my own.”

Salvador was also the star of a popular telenovela, Second Chance, who left many women daydreaming about love, white sand beaches with a handsome Salvador. So, does this Ugandan Salvador ever have a serious moment in life!

“Yes, of course, I often get serious especially when it comes to official matters. I feel uncomfortable when I’m with a client discussing business and he calls me Salvador or wants me to crack jokes,” Idringi says. “During official matters, I’m Patrick Idringi and I don’t even like the sound of Salvador,”

Strange but true, Salvador is currently single! His success has not extended to love relationships, yet deep down he knows he is a good lover.

“I’ve been disappointed twice. The girl I thought was the right one broke up our relationship because the parents didn’t approve of the way I made money by being on stage and cracking [sexual jokes]. She called it being vulgar…then the recent one just wasn’t honest so I had to break it up,” he says.

Many call him the ladies’ man, but who is his ideal lady?

Idringi says a good lady is the one who knows who Patrick Idringi is, and not Salvador!

“Even my closest friends don’t know who the real Patrick Idringi is and it breaks my heart. Beauty in a woman is self-confidence and the ability to understand me well.”

He has on many occasions rubbed Ugandan women the wrong way, because he is always praising white women.

“My comedy is about observation and comparing different stereotypes. I definitely don’t hate Ugandan women. How can I hate the source of my inspiration?” he says.

Given an opportunity to become another personality, Idringi would choose premier Amama Mbabazi, “I think everyone knows why…the cash, titles and favours; call it Temangalo if you want!” This, with a cheery laugh!