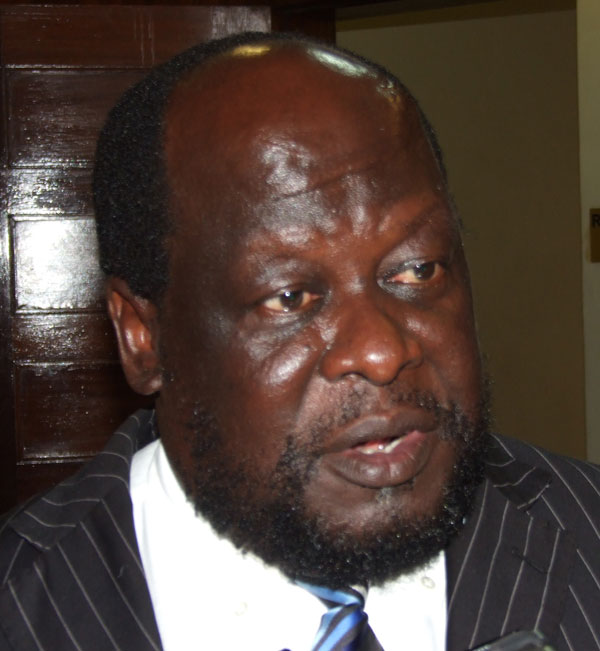 On the online version of the paper, a David, commenting on the same, bluntly put it that “with the likes of Alex Onzima, Franco Ojur and now Ogenga Latigo jumping off the sinking opposition ship, northern Uganda will be a no-go zone for the opposition, particularly the FDC”.

Earlier, a March article in The Red Pepper newspaper also claimed that I had declared my exit from politics in favour of farming that I was deeply engaged in at my Tangi River farm. Of course while silence is golden, it sometimes generates speculation, idle talk and unnecessary anxiety. So, let me clear the air.

Firstly, it was interesting to note that the rumour was from “reliable opposition and NRM sources”, and it claimed that I was now defending government in radio talk shows. People know the extent to which I was fought by some Acholi FDC leaders over the five years when I was Leader of Opposition (LOP), and how I was labelled a sell-out by some colleagues merely because I shared government position over certain matters of national importance.

Will it, therefore, surprise if the same individuals spread false rumours about me? Since leaving Parliament last year, I have been on radio only once, in Gulu on March 24, 2012, on a Radio Rupiny talk-show where we discussed “land and investment in Acholi” with Richard Todwong, MP Nwoya, and former colleagues, Simon Oyet and Michael Ochula.

I differed with the three on their rejection of government’s promotion of the Certificate of Customary Tenure (CCT) and the Madhvani group’s effort to build Amuru Sugar Works, both of which they oppose on the false claim that these are merely schemes to take away Acholi land.

That this is being construed as evidence of my leaving the opposition is most absurd. I am a development expert who was part of the team that formulated the Uganda Vision 2025 in the late 1990s. I support the building of Amuru Sugar because I know what contribution it will make to economic land use in Acholi, to the local economy and growth of Gulu municipality, and to gainful employment of thousands of our youths who lost out on education because of the LRA war.

The Certificate of Customary Tenure derives directly from the constitution and our land laws. Justice Owiny Dollo, an Acholi, chaired the land sub-committee in the Constituent Assembly, while the CCT is the instrument for regularisation of our customary land holdings in law. How does CCT become a scheme to predispose Acholi land to grabbers, and how does my rational and informed support of it become a political shift to NRM?

In my time as LOP, I took firm positions on many government actions that differed from those of my FDC party and colleagues, such as supporting UPDF deployment in Somalia or my counsel to the amiable Prof Apolo Nsibambi, then Prime Minister, for government to distance itself from David Bahati’s objectionable Anti-Homosexuality Bill that I am strongly opposed to. Since when have I changed from being a five and a half foot, 90kg, clear-headed professor?

Secondly, I am no ordinary run-of-the-mill politician. I joined politics after a brilliant career as an academician and researcher, and did so to serve my country and people and not to seek a livelihood. Why would I join NRM merely to be a minister when even an illiterate Idi Amin was Uganda’s president for eight years? Really, with all modesty, which political league can I be in with Alex Onzima and Franco Ojur?

Thirdly, the Wolokoso claims that I rejected the walk-to-work campaign and have avoided party activities. Since last year, I have been on my farm and many colleagues have visited me. Few people appreciate the commitment and sacrifices required to build a modern farm in our Ugandan circumstances. How can I then seriously be at my farm in Nwoya district and at the same time participate in political activities in Kampala?

Fourthly, David’s claim that I was jumping a sinking opposition ship is unfortunate. For me, being in opposition is not an eating project with owners such as the NRM is. Rather, it is about a deliberate choice of the direction I want the country to go and a readiness to sacrifice for it.

I took that path of principled politics rather than opportunism a long time ago. Being an Acholi and a Catholic who was brought up to value honesty, justice, fairness and equity, I find NRM excesses in government, of greed, abuse of national resources, corruption, violence, intrigue, election rigging, sectarianism, dishonesty, self-aggrandizement, etc, deeply repulsive.

Lastly, there are many in NRM who genuinely believe that I should join their party, not to spite and weaken the opposition or exalt the NRM, but because, having known me and are appreciative of my objectivity and capability, genuinely believe that the country will benefit from my service in government. To them I say thank you. At 59 years, God willing, I will still serve my country in government. To my opposition colleagues, to fellow Ugandans, and to all who have built faith in my political objectivity, here and abroad, I say relax. People do not understand us professors sometimes.

The writer was Leader of Opposition in the 8th Parliament and Deputy President FDC.
mwolatigo@gmail.com