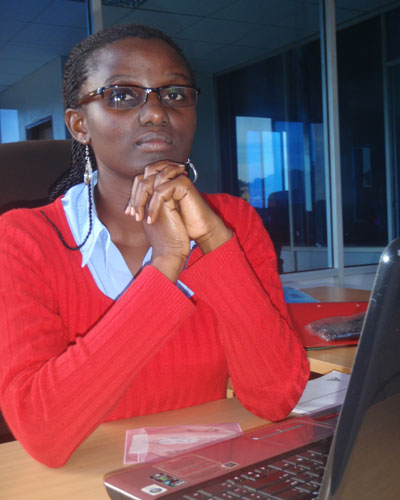 As a young journalist seven years ago, Pamela Otali had no idea the future of Uganda’s literary world depended on people like her.

At a meeting for African writers in Kampala in 2001, Otali quoted Dr Graham Mort agreeing with Taban Lo Liyong, a notable Sudanese writer, that East Africa is ‘a literary desert.’ Little did she know that ten years down the road, she would be carrying the flag for Uganda in the literary world.

Otali was recently announced among the winners of the 2011 African Performance playwriting competition. Her play, Damn Seconds, tied for third place with Kenya’s Don Mrabu Vigodi for his 38 Years Ago. In the first place was Nigeria’s Bode Asiyanbi with Shattered followed by his countryman Africa Ukoh with Silhouettes.

This follows last year’s excellent performance by Ugandans with an enviable line-up of Deborah Asiimwe (top prize), Kenneth Atwine (second) and Angie Emurwon (third). Interestingly, Emurwon and Otali are close friends and even share a house. Too much English under one roof?

Damn Seconds, a 30-minute story, is about polygamy and single parenthood; it is a story of Rose, a single mother who discovered she was a second wife after getting pregnant. Although her husband loved her so much, Rose never wanted anything to do with being a second wife, and yet she never wanted to cause the divorce of the first wife.

She chose to bar her husband from accessing their child. The story portrays the pain of single motherhood and the hassle of finding a single man who accepts her as a single mother. The story took Otali a month to write in her second attempt at the awards. She had also tried in 2008. She did not hear from the organizers then, but this didn’t demoralize her.

Putting in more time and dedication this time, Damn Seconds delivered good tidings. Otali’s love for writing stretches back to school at Tororo Girls’ School where she first fell in love with stories as a literature student.

“I love good stories, and that has always filled my imagination to be a writer,” says Otali in her office in Kabalala, where she works as the Marketing Manager for Capstone Investments, the company behind top flight brands like Secrets sanitary pads and My Baby diapers.

“I would put out my thoughts when I was angry, depressed, sad; instead of just talking about it. From as young as I can remember I always looked for opportunities to write,” she says.

However, her dreams where shattered when she failed to get admitted to study Mass Communication and instead ended up doing a Bachelor’s degree in Sociology and Literature at Makerere University. But with the encouragement from her lecturer, Dr Sarah Namulondo, she finally ended up in the media.

After university, she joined The Observer where she was a reporter and later editor for four years.

“Being a journalist helped me come to the realisation that journalism writing is different from creative writing. My best stories were when I wrote from my heart; my opinions as opposed to factual reporting,” she says.

But since she left The Observer, Otali has realised that there are not many opportunities for creative writers unless one compiles a book. With this award, however, Otali feels energized to further her writing career.

She is already working on another play and she hopes it will find its way to theatre. Being an actress too, having acted for a long time with Kampala Amateur Dramatics Society (KADS), it is only a matter of time before she owns the stage script.