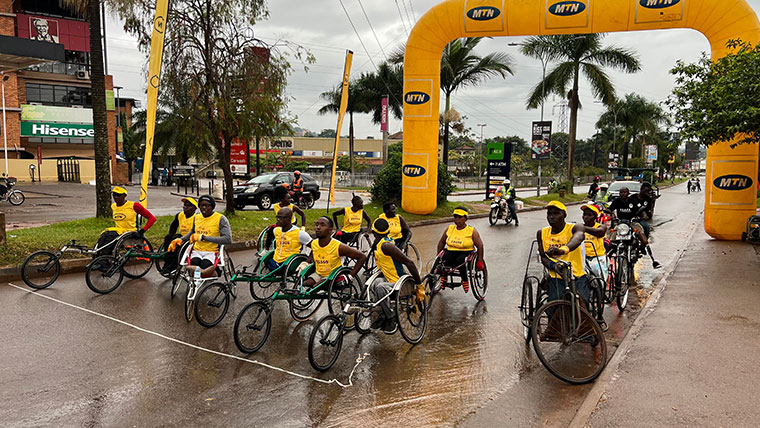 Whereas the MTN Kampala Marathon is fondly celebrated for its charity contributions, it has also provided a platform for talent identification for aspiring athletes.

This has seen Uganda emerge as a strong competitor in athletics on the international stage, taking on Kenya and Ethiopia which have dominated the marathons for decades in East Africa.

Ahead of the 17th edition on November 20 at Kololo, Dominic Otuchet the Uganda Athletics Federation (UAF) president said the marathon has not only helped aspiring local athletes to test themselves against the elite athletes but also provided them with exposure to stakeholders in athletics to boost their chances to participate in international marathons.

“As it has been in the past, we are hoping that this marathon will see some of our aspiring athletes get signings with international managers interested to promote their sport on the international scene,” he said.

“And, it is for that reason that we normally invite international athletes to participate in the MTN Kampala Marathon to raise its profile and competition. We usually want to ensure that our athletes get a new challenge and train hard.”

Otuchet said this year’s marathon is expected to involve elite athletes from neighbouring countries including Kenya and Ethiopia.

“I, therefore, call upon aspiring athletes to compete in this race. Most of our international medalists were identified and nurtured through this marathon,” he said.

He cites Dorcus Inzikuri, Bonface Kiprop, Stella Chesang, Mercyline Chalangat, Stephen Kiprotich, Jacob Kiplimo, and Victor Kiplangat, among others, who have gained strong attention in athletic circles. Inzikuru participated in the inaugural MTN Kampala Marathon in 2004 and later won a gold medal in the women’s steeplechase during the World Championship in Helsinki, Finland in 2005.

Similarly, Kiprotich tested his running pace during the marathon in 2010 before going on to win at the 2012 London Summer Olympics. He became the second Ugandan to win Olympic Gold after John Akii-Bua in 1972.

Kiplangat, who participated in the 2015 MTN Kampala Marathon, won a gold medal in the men’s marathon in the recently concluded Commonwealth Games at Smithfield in Birmingham, United Kingdom. Commenting on the upcoming marathon, Kiplangat said it is a perfect opportunity for aspiring athletes to test their fitness.

“It is the MTN Kampala Marathon that made some of us,” he said. “I am encouraging aspiring athletes to come and run like 10kms, then, they can upgrade to half marathon and finally full marathon.”

Rhona Arinaitwe, public relations manager at MTN Uganda Foundation said MTN is proud to be associated with the federation for nurturing the country’s athletic talent.

“We are so glad for the transformations so far recorded as a result of the marathon and we remain committed to providing any necessary support towards the success of Ugandan athletes,” she said.