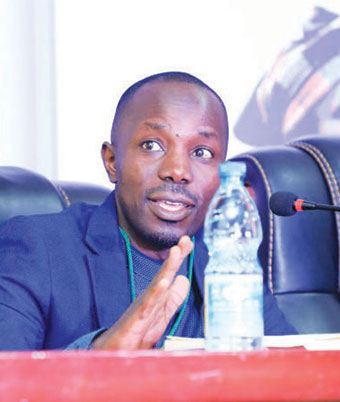 Uganda is estimated to have more than seven million highly productive people but many of them are not on the tax register due to their informal set-up.

In order to improve the tax base, and enable the informal sector to join the tax bracket, Uganda Revenue Authority (URA), as part of the implementation of the strategic plan on domestic revenue mobilisation, is developing a curriculum to sensitize the informal sector and Ugandan students at lower levels of education on different tax and business regulations.

According to URA, the program is being tackled through engagement with different stakeholders including National Curriculum Development Council and BTVET, among others.

During the launch of the study findings conducted by both URA and Twaweza at Hotel Africana, Michael Masembe, the manager, Tax Education at URA, said that in order to strategically intervene in boosting the tax base, there is need to address the problem of informality.

“The strategic intervention is to address the issue of where the informal sector derives from. There is need to arrest the situation through tax education in the curriculum program being developed by URA for secondary schools in order for them to know what to do with regulators,” he said.

He said although the research findings have highlighted some issues which give a task to URA to address, there are functions in the system that ensure there is integrity and reviews to serve the people better.

“We are doing our best to enable automation and simple methods for highly-used processes, including TIN registration, which he said has been made simple through online application like phones,” he said.

Isaac Arinaitwe, the senior economist with the ministry of Finance, Planning and Economic Development, said there is need to coordinate all the tax revenue mobilizers in government to avoid an unfair tax system through taking stock of all charges to harmonize tax imposition and tax payment.

“We need to scrap the unfairness of the tax system compared to the various taxes paid by the citizens. We need to take stock of all the tax charges to remove irrelevant ones, merge some or increase the good ones,” he added.

Francis Kabuye, the head, Policy and Advocacy at the Federation of Small and Medium Enterprises, said there is need to sensitise business leaders on how to manage their tax affairs through incubation centres and survive the challenges that usually lead to their businesses collapsing.

The key findings of the research showed that the citizens are more likely to rate the performance of URA as good than as bad, although many remain unsure as one out of 20 have had contact with URA. Also, citizens are confident that government can prosecute tax evaders, but don’t think current tax rates are fair.

The new system enhancements will integrate all bonded warehouse systems to ensure real-time information in warehousing which, according to URA, will improve cargo accountability and serve clients better. The new BWIMS is expected to resolve the time lag between manifest generation and capturing of declarations; and facilitate a warehousing stock management system that will provide full accountability of all cargo in the different bonded warehouses, among other benefits.

He said this comes at a time when URA is phasing out the old system, SCOUTER, which he said will help in sorting out the old cargo stock at the warehouse. He said that for good visibility of cargo, the new system will prevail over cargo in less than 24 hours. The new Bonded Warehouse Information Management System (BWIMS) was officially launched on October, 1 2022.