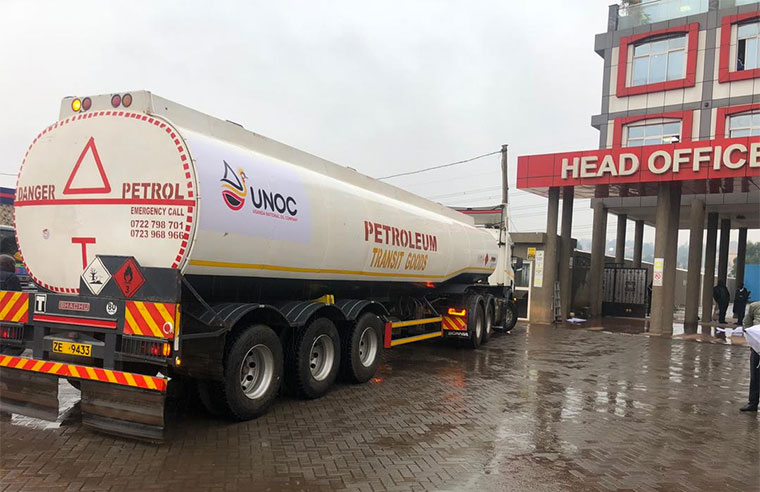 In what is likely to further push fuel prices across large parts of East Africa, especially in countries such as Uganda, Kenya Pipeline Company has applied to the Energy and Petroleum Regulatory Authority for a 36 per cent increase in tariffs charged on transporting and storing fuel.

Fuel prices in Uganda have started to slowly retreat, after months of erratic price increases, as the global supply chain starts to run smoothly. Petrol prices at the two dominant companies – Total and Vivo – now swing between Shs 6,500 and Shs 6,600 at many of the stations.

While the price drop is not anywhere near to the rampant increases that forced many people to park their vehicles, there was some faint hope that soon the price could fall back as far as Shs 5,000. But now, with events happening in Kenya, it appears this is just wishful thinking. Fuel dealers say they have no choice but to reflect any additional costs into the final pump price, which consumers will have to meet.

Kenya Pipeline Company, which is responsible for transporting, storing and delivering petroleum products to consumers across Kenya through its pipeline system and oil depot network, says the new tariffs would make its business sustainable and be able to meet operational costs.

The application for a new tariff, which was lodged in August and is still up for discussion, follows calls by market for East Africa’s biggest economy to remove the subsidies on fuel. Kenya’s government has overseen the operation of an artificial price at the pump station as the country sought to cushion consumers from high fuel prices with subsidies. The fuel subsidies, however, have come under heavy criticism, even from places such as the World Bank, for creating losses for businesses.

The new tariffs, which are still up for discussion, are expected to start in November this year. The new tariff will run for three years, from 2022 to 2025. The Petroleum Outlets Association of Kenya, a lobby group for retailers, says “Kenya spends $195 million importing petroleum products every month. Companies operating here have to access the dollars to transact.”

Any fluctuation in the foreign exchange market has significant impacts on respective businesses. The association further noted that “Kenya has up to the end of September to drop all subsidies, including of petroleum products. The compensation model introduced last year to cushion consumers has produced an incredible imbalance
in the petroleum business, with some winning and many losing.”

Last week, the government of Kenya withdrew the subsidies and introduced new prices in the market. While the Ugandan market will not be affected by the price increases in Kenya, it is the tariff by the Kenya Pipeline Company that could hurt Ugandans.

Already Uganda does not have enough fuel reserves just in case the situation got out of hand. In any case, fuel reserves are only supposed to be tapped when there is a drastic shortage in the market, and not a price jump.

In a rare revelation of Uganda’s fuel reserves, Finance minister Matia Kasaija says the country has eight million litres at the Jinja storage reserves. The revelation is a departure from the old policy of keeping the figure secret due to “security reasons.”

The amount at Jinja points to how much fuel the country has in case of a drastic shortage. The eight million litres are just enough to take the country for a day, and it points to an urgent need to restock the fuel reserves.

In March 2020, the Uganda National Oil Company (UNOC) made its first supply of petroleum products – in partnership with retail dealer Stabex – to the market. However, UNOC has faced financing challenges to be able to stamp its footprint in the market.