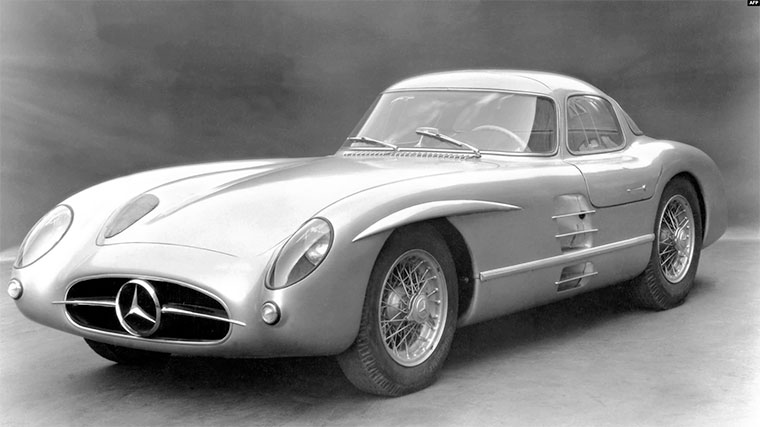 A 1955 Mercedes-Benz, one of only two such versions in existence, was auctioned off earlier this month for a whopping $143 million, making it the world's most expensive car ever sold, RM Sotheby's announced Thursday.

The 300 SLR Uhlenhaut Coupe was sold to a private collector for almost triple the previous record, which was set in 2018 by a 1962 Ferrari 250 GTO that fetched over $48 million.

The invitation-only auction took place on May 5 at the Mercedes Benz Museum in Stuttgart, Germany, the auction house said.

The car is one of just two prototypes built by the Mercedes-Benz racing department and is named after its creator and chief engineer, Rudolf Uhlenhaut, according to RM Sotheby's.

"The private buyer has agreed that the 300 SLR Uhlenhaut Coupe will remain accessible for public display on special occasions, while the second original 300 SLR Coupe remains in company ownership and will continue to be displayed at the Mercedes-Benz Museum in Stuttgart," the auction company added.

RM Sotheby's said the proceeds from the auction will be used to establish a worldwide Mercedes-Benz Fund that will fund environmental science and decarbonization research.

The powers that be in this country, woke up one day and said no car imported in Uganda should be more than 14 years old!

Why should we lock ourselves out of such lucrative business, plus the joy of owning something so old, we need also to be part of the culture that preserves for posterity, not only that, the upcoming engineers should be given chance to learn to convert such cars to electrically powered cars, thus keeping the old beauty without the fumes.
Report to administrator