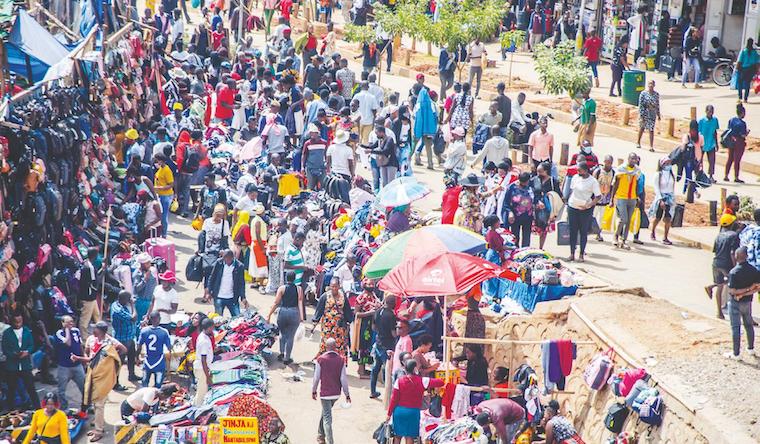 Key stakeholders in the trading and manufacturing industry together with law enforcement agencies and government bodies in charge of trading activities have vowed to strengthen their efforts of fighting illicit and counterfeit products on the Ugandan market.

According to Joseph Lubulwa, UBL brand protection manager, they have partnered with the private sector and government agencies to conduct nationwide sensitization engagements to inform the public and relevant authorities on the dangers of illicit trade and how to spot the difference between genuine and counterfeit products.

He said that in 2021, UBL seized illicit alcohol worth Shs 375 million and between 2019 and 2020, government lost Shs 1.9 trillion in revenue from the sale of illicit alcohol alone.

“Counterfeits take 64.5 per cent of the alcohol market share, leaving the remaining smaller percentage to genuine dealers. We, therefore, appeal to lawmakers to enable tougher penalties and timely prosecution of offenders,” Lubulwa said.

Billy Tsuma, the BAT fiscal affairs manager, said whereas cigarettes are the most taxed products in Uganda, where Shs 50 of every Shs 100 goes to URA in taxes, government loses Shs 38 billion annually in taxes because of illicit trade in cigarettes alone.

He further noted that as of the last quarter of 2021, 24 per cent of the cigarettes consumed in the Ugandan market are illicit. Meanwhile, Joanita Menya, the managing director of Unilever Uganda, revealed that because of too much illicit trade activities in the country, Unilever was forced to close down its factory in Uganda, which was producing Geisha soap and Sunlight laundry powder, leaving thousands of people jobless.

“This essentially means that we are losing out as a country in terms of investment opportunities in that the people who would want to invest with us from a business perspective do not trust that they will be protected from illicit traders,” Menya said.

She added: “Illicit trade is a vice which needs joint effort to fight since it costs government revenue, on top of killing innovation and market for genuine products. We cannot let counterfeits cost us brand images we have built over the years.”

Abel Mwesigye, the CEO of KACITA, noted that with the effects of Covid-19, most traders are getting into manufacturing, which is creating a wider space for counterfeits and illicit trading. “We have realised that many of our members have lost their businesses due to illicit trading because most of the counterfeit products are sold cheaply, which pushes legitimate producers out of business,” he said.

He added that even though there is enforcement against counterfeit products by police and URA, sensitization is lacking because there are people who consume these products innocently.

“If we intensify sensitization, consumer awareness about counterfeits will increase and, therefore, the public will become more aware not to purchase them. The enforcement should also not only focus within the central business district but also upcountry because the makers of these counterfeits are now based there.”

However, Charles Twine, the spokesperson of police’s Criminal Investigations directorate (CID), said there is still a big challenge as far as investigating counterfeit products is concerned since there is no particular law on counterfeits. The UNBS Act, which is currently being used, mainly focuses on enforcing standards.

“There is, therefore, need to expedite the enactment of a law against counterfeit products because such products are a time bomb since they affect lives, innovation, research and collection of revenue...,” Twine said.

URA’s assistant commissioner of Enforcement, Julius Nkwasire said the institution has a strategy to protect brands and make illicit products very expensive to deal in and destroy them once confiscated.

On Friday, March 18, URA burnt cigarettes worth Shs 1.2 trillion which were being sold illegally.