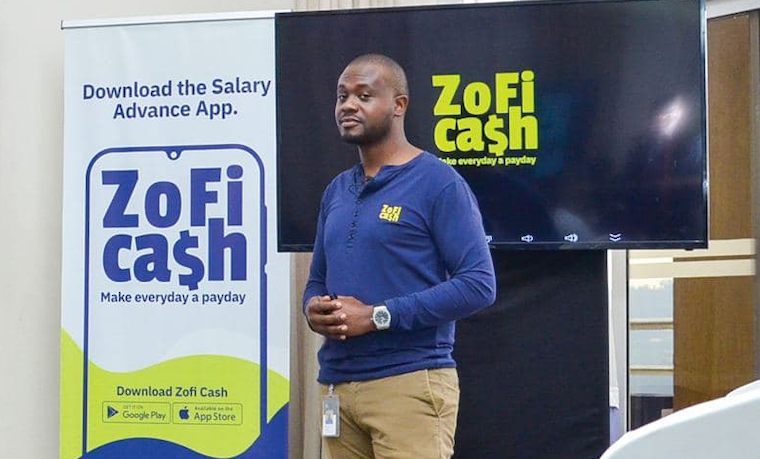 From a humble beginning in rural Mityana, dropping out of school to hustling in Kampala and South Sudan, Paul Kirungi has defied odds to become one of the top fintech entrepreneurs today, writes MOSES MUGALU.

Paul Kirungi, 36, is the founder and chief executive officer of Zofi Cash, a fintech that launched its services in Kampala last month. Zofi Cash is a digital platform that advances credit to salaried employees once their employers sign up on the fintech app.

A former journalist at Capital FM in Kampala, Kirungi is based in the Los Angles in California, USA where he relocated in 2012. Five years ago, while in Los Angeles, the heart of the world’s technology geeks, Kirungi hatched the plan to start Zofi Cash.

But it has been a life-long journey, full of ups and downs, for Kirungi. First, he dropped out of school after sitting his A-level exams at Kampala SS in 2005.

“My parents did not have the money to pay for university tuition but I also had no passion going there. I wanted to make money; and so, my desire was to do business,” Kirungi told The Observer during an interview on November 13 in Kampala.

Indeed, during holidays while in secondary school, Kirungi worked on building sites as a casual labourer in Kampala to make ends meets. In 2004, he opened his first business venture; a chapati stall in Kampala along Sir Apollo Kaggwa road. He was inspired by a priest at Lubaga Presbyterian Church who always encouraged them as young people to start their own incoming-generating ventures before seeking employment.

“I sold a cellphone that my aunt gave me as a gift to raise capital of Shs 80,000 and started the chapati business,” he recalls.

Later on, he moved the chapati stall to the busier Kisenyi area where he employed someone to run it as he ventured into selling secondhand clothes in nearby Owino market. The chapati stall thrived until 2012 when he left for the USA.

While working in Owino, Kirungi got connections to the flourishing maize flour trade then in Juba, South Sudan. By late 2006, he made two successful trips to Juba. “

I made some good profits and decided to plough it into selling eggs, which had become more lucrative,” he recalled.

The switch, however, turned sour and nearly ended his life on the streets of Juba. He fell prey to an unscrupulous South Sudanese dealer, who ripped him of his entire Shs 3 million capital.

“She took hundreds of trays of eggs, sold them and vanished without giving me a single coin. I became a destitute on the streets for three months until I pleaded with a Ugandan truck driver to bring me back home. It was a terrible experience and setback.”

On returning to Kampala, he had to start from scratch. With limited hope to raise capital immediately, he looked for employment opportunities and the first search landed him a job at a stationery shop in Bakuli.

The shop had two computers and a photocopying machine. It is here that he picked interest in computer-related work, and became a trainer with a salary of Shs 50,000. He would later get a part-time gig at Mengo Bulange, the seat of Buganda kingdom, selling the kingdom certificates.

He only got transport and lunch allowance, but Mengo offered the door for him to start a journalism career. One morning in 2007 while at Bulange (which houses CBS FM), Kirungi approached Julius Mulema, a senior producer, and expressed his interest to work for the radio station.

Mulema took him for a voice test; the producer was not impressed but he offered to share the recording with colleagues at Radio One and Simba FM. Neither station showed interest in him but he did not give up.

Two weeks later, he stormed Capital FM without an appointment but convinced the producer on duty, Dorah Nansamba to do his voice test. Nansamba, was impressed and that marked the beginning of Kirungi’s radio journalism career.

Meanwhile, as he searched for the radio slot, he enrolled for a short course at UMCAT journalism school where he acquired the basics of the 5Ws, which came in handy at the start of his new job at Capital FM.

“I had always wanted to be on air; and the day I read my first bulletin, I called my dad and asked him ‘have you heard me?’. It was a great feeling and it opened a new window for me,” he recounted.

He has fond memories of the first bulletins he anchored because they coincided with the period when Queen Elizabeth II visited Uganda for CHOGM in late 2007.

Fast forward, five years later, Kirungi used his journalism career to seek greener pastures in the United States of America. In September 2012, he was combing New York streets for work but it became a bit harder; so, he moved to Los Angeles, California some months later.

It is in Los Angeles where he finally found his feet in computer systems engineering and ICT innovations after years of hustling from being a security guard as his first job in Beverly Hills.

He juggled jobs as an airport super shuttle driver and driver of Uber taxis while running an Internet radio (Kubutaka) and transfer money service (Send Sente) between 2013 and 2016.

In the same period, he spared some hours to study at ABCO Technology Institute from where he qualified as a certified Microsoft engineer and systems administrator in 2017.

Once he acquired these formal qualifications, Kirungi’s income improved tremendously as he got some better-paying jobs and this aroused his zeal to found his own employment.

His first startups; Kubutaka FM and Send Sente partly failed because he did not have steady income. So, after achieving financial stability, he founded Zofi Cash in 2019. He teamed up with Gordon Turibamwe, a Ugandan software developer, also based in California.

“We want to break this 30-payday cycle; it’s one of the reasons why Africa is lagging behind. I realized that people in the West have money because they are paid sooner,” he says.

“When people are paid daily, weekly or bi-weekly depending on their needs, they will spend daily, businesses will make more money and the government will get more revenue through taxes.”

Zofi Cash enables salaried employees to get quick cash and take care of financial emergencies that cannot wait for payday. This is done after an employer enters a partnership with Zofi Cash.

In the partnership, the employer is required to avail salary details of the employee and guarantee the responsibility to remit to Zofi Cash at the end of the month, with an interest charge starting from as low as three percent.

Then the employee downloads the Zofi Cash App on their phone and can apply for readily available credit. Already Zofi Cash has hit the ground running in the Ugandan market. According to Kirungi, 57 companies had enrolled onto their services in the first month after launching in Kampala.

They plan to start operations in Kenya, Rwanda and Ghana by January 2022.

Kirungi was born in 1985 to Prossy Nalugumba and David Kirungi of Mityana in central Uganda. He went to Mityana Modern PS and St Loiusa Gayaza for his elementary and primary education.

He studied his O and A-levels at Mityana High and Kampala Secondary respectively. He did not continue to university. He is inspired by Marc Beniof, founder of Salesforce, an American software firm. He also admires Eron Musk. He is a family man, with children and a partner but prefers to remain private.