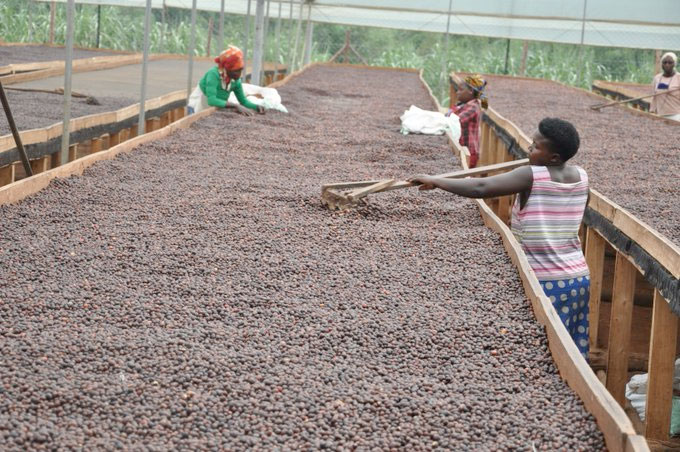 Uganda has registered its highest annual value and quantity of coffee exports in the last 30 years.

Interest in Uganda’s coffee on the world market has been agitated by the weather changes most especially the frost that is affecting major coffee producers such as Brazil and Vietnam who control approximately half the global coffee supplies.

According to Bloomberg, Brazil was hurt by drought in multiple locations combined with frosts and freezes in July. Several coffee trees have been cut down preparing for them to grow again after a period of five years. Brazil’s coffee also fluctuates between a low and high yield cycle.

In 2021, Brazil has registered a small harvest, which has caused a supply nightmare that has resultantly influenced a spike in coffee prices on the global market.

Deus Nuwagaba, the deputy executive director of Nucafe, says with Uganda’s coffee doing well on the world market, there are expectations of monetary inflows to the farmer whom the coffee story starts with. He adds that Ugandans need to be prepared to fill the void created by the absence of Brazil’s coffee on the global market as it may take about four to five years for the trees that were cut down due to the drought and frost to grow again.

Nuwagaba says: “… the good coffee quantities on the world market are from our increased calls as sector players to increase production through organized farming systems heeding to the government’s call on exporting 20 million bags by 2030 through planting of more trees…”

He adds that farmers now have to embrace agro-industrialisation as one of the innovative ways of increasing sustainable productivity of coffee.

Whereas Uganda is celebrating the exportation of record-high coffee quantities, attracting record-high financial value, the returns arising from large-scale exports of coffee are enjoyed by the multinational companies like Olam, Ugacof and Ideal Commodities Uganda Limited, among others, who control 70 per cent of Uganda’s coffee exports.

There is a need for more home-grown Ugandans to enter the sector and be supported. Uganda’s coffee currently enjoys a good market in Italy, Germany and India, who are the dominant importers of Uganda’s coffee.

Nuwagaba says that local farmers have to position themselves properly to control the bigger margin of coffee exports.

He adds: “…currently our local farms and organisations control 30 per cent of Uganda’s coffee exports to the world market and the rest is controlled by the multinationals. Most of our local farmers and organisations in the coffee value chain are frustrated by the cost and availability of finance. The cost of finance is too high; if it was addressed, then we would also compete favourably with the multinationals...”

Nuwagaba says that if the financial cost was addressed, the fair trade within the coffee sector would then be visible.

“…coffee presents a historical opportunity and it could become a much bigger foreign exchange earner if we attained stability at the macro-economic level. The coffee sector can be a sector that benefits the farmer, middlemen and the farm workers. All this money can then be eventually reinvested into the economy…”

That initiative encouraged farmers in Buganda to plant and triple their plantations of coffee. The program was started 4 years ago and it has started bearing fruits.
Report to administrator