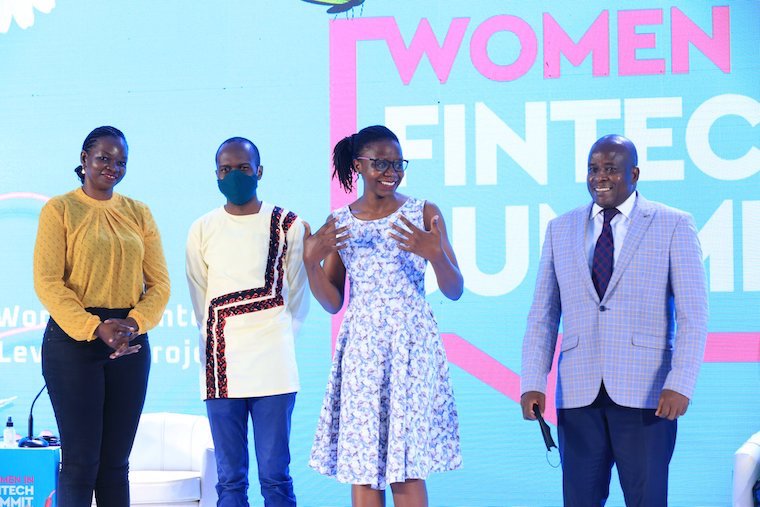 Kuzimba, a digital Sacco and online supermarket, was last week crowned the best digital solution at the second edition of the Women in Fintech hackathon.

Kuzimba also connects construction and engineering service providers to potential customers. For emerging best, the developers of Kuzimba won Shs 4 million and a 90-day incubation program to improve the system and make it market-ready.

The five-day hackathon attracted 42 teams from Uganda, Tanzania and Ghana according to the organisers, HiPiPo Foundation. Seventeen teams were shortlisted.

Hack Girls, who developed an interoperable finance management solution that enables NGOs and other organisations to disburse bulk transactions to final beneficiaries, emerged as first runner-up and won Shs 3 million.

The other four teams including PesaJet (Farmore) who developed a digital platform for smallholder farmers offering garden inputs, markets, savings and loans; Green Shares who developed a digital payments solution for smallholder farmers; Mpa Mpe, who developed a fundraising platform for young entrepreneurs and their businesses; and Farmers Financial Development Avenue (FFDA) who came up with a solution that connects farmers to banks, helping them to have easy access to loans, also won Shs 1 million each and a 90-day incubation program.

HiPiPo CEO Innocent Kawooya said: “Now is the time for the current generation to improve us because if we don’t do it, nobody will do it for us. If it is not you doing it, then no one is going to do it. So, either you do it and make yourself better and other people, or nobody does anything.”

Adding:“We’re only here to make sure that we disrupt; the time has come for us to make a difference in the world. The time has come to see no poverty anymore in our world, the time has come for us to understand that we only win together. So, time for interoperability has come, time for corroboration has come to build the most inclusive systems that have ever lived in the world. We’re going to change lives and ensure that we build an economy that includes everyone because it’s only that economy that can benefit everyone.”

The women-led development teams of two to four persons were during the hackathon mentored by Doreen Lukandwa the head of marketing and customer success at Beyonic, a fintech; Catherine Namara, a telecommunications engineer and project management expert; Primera Mutoni, an ICT product design and development specialist at MTN Uganda, and Damali Ssali, founder of Ideation corner, a platform that showcases and inspires Ugandan innovators and entrepreneurs.

Cleopatra Kanyunyuzi, founder and CEO of Club Tanganza, a coding company that teaches children aged four to 18 years coding, and Simon Kamya, a software developer, facilitated the developers to model, visualize and present their solutions to tackle everyday community needs and problems, aided by Level One Project and Include Every One principles and latest technologies.

Kanyunyuzi urged for financial inclusion to be introduced early in school so as to empower children and build the confidence of women to embrace digital absorption and financial technology.