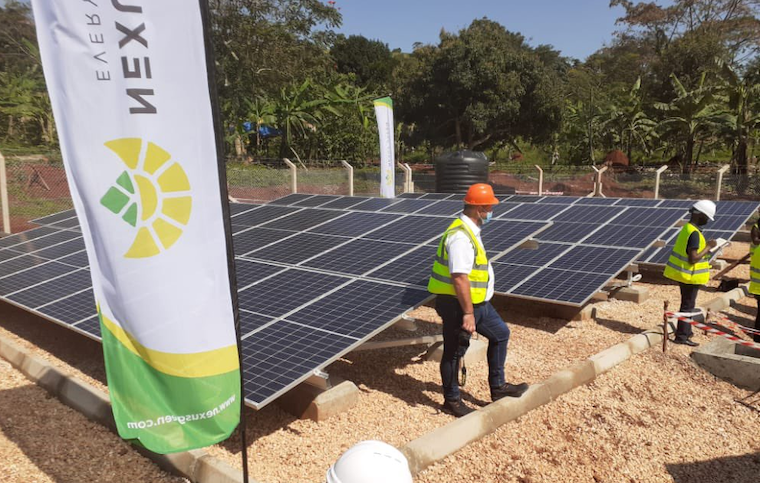 Farmers in Mpumu village, Ntenjeru sub-county in Mukono district have appealed for financial support from the government to enable them to upgrade to commercial farming so as to benefit from the multi-million solar water project in their area.

The government, through the ministry of Water and Environment, contracted Nexus Green to design, supply and install 700 water sites across the country. The project cost 95 million Euros borrowed from the UK Export Finance. On October 8, Beatrice Anwyar, the state minister for Environment, commissioned the first solar-powered irrigation scheme in Mukono district.

Each of the planned sites will comprise a water source, transmission pipeline, storage tanks of 87,000 litres, distribution networks for irrigation, and on-farm irrigation system network.

Rikki Verma, the Nexus Green CEO, says the scheme can support over 30 farmers with five acres each. However, several farmers noted that whereas the irrigation scheme has been established in their area, they lack the financial capacity to venture into commercial farming.

Gladys Ndagire, one of the farmers, notes that the project is important since they have been making losses because of crops failure during the prolonged dry spells.

She says that although the government has provided a solution to the prolonged dry spell, they will need financial support to upgrade to commercial farming.

Edison Patrick, a banana farmer close to the irrigation plant, says that he stopped growing other crops such as maize and beans due to the unpredictable seasons. He has hope that with the irrigation scheme in the area, he will be able to embrace commercial farming once the government extends the necessary support.

Currently, there are no farming activities in the three gardens where the irrigation system has reached. It is only in one garden where there are a few stunted beans and maize plants.

Alfred Okot Okidi, the permanent secretary for the ministry of Water and Environment, says that the installation of the schemes will take three years. He says farmers will run the plants using between 20 to 30 per cent of the profits from their farm produce.