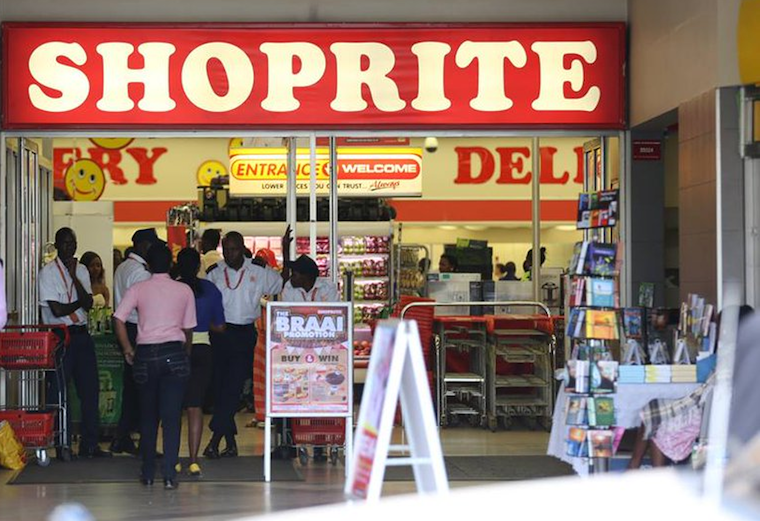 The exodus of international firms out of the Ugandan market in the last six months has sent technocrats at the ministry of Finance scrambling for answers as to why, especially now that the taxman is struggling to beat monthly revenue collection targets.

Telecom firm Africell is the latest victim to throw in the towel after South African supermarket chains, Shoprite and Game Stores, also called it quits. While some of the exits – such as Shoprite and Game Stores – are regional as their headquarters downsize operations, ministry of Finance officials will want to know whether Uganda could have done better to retain them.

Ramathan Ggoobi, the permanent secretary in the ministry of Finance, in a tweet, says he has a team seeking the answers to this exit.

He tweeted: “We are studying this. I assigned my team to find answers to: Why each of these companies has exited; the likely impact of their exit today and in the medium term; whether there’s anything we may do to avert similar exits; whether there are any other regional markets that are taking advantage of us; whether there is a common trend elsewhere, and there is a remedy to it that we are not doing.”

Some of these answers can be found by piecing together information from both government and private sector documents. It is perhaps best to start at the beginning, when a number of international companies launched in Uganda, and track their journey. While there have been some international firms closing shop over the last 10 years, the last six months point to a new underlying risk.

Shoprite kicked off its operations in Uganda in 2000, filling a vacuum that the earlier large supermarket, Metro, had created with its compulsory shopping card. At Shoprite, anyone could shop.

That freedom endeared many customers towards Shoprite. The market was not saturated at the time. Also, around the year 2000, Uganda was racking up impressive growth figures, a key indicator that international companies look at when making business decisions.

For example, according to the International Monetary Fund, the period changes in the prices of goods and services, otherwise known as inflation, and the overall fiscal deficit (government’s spend beyond its means) had dropped to single digits from the earlier double digits.

Poverty levels had dropped by more than 10 percentage points in the eight years to 2000, which, to an investor like Shoprite, probably meant that more people had a higher spending power. And the classic economic growth figure was averaging seven per cent, by any measure impressive enough to excite most investors.

The discovery of oil in 2006 further brightened the economic outlook for Uganda. A multibillion bill was drawn up to be able to get Uganda to produce its first barrel of oil. The international investment community was put on notice.

The tourism industry also picked up around that time as the passenger numbers at Entebbe International Airport grew. New airlines such as Air Uganda were launched, while older ones like British Airways increased the number of flights in a week.

The foray of Kenyan goods and services – from financial products such as insurance and banking to fast-moving consumer goods – kicked off in earnest. Banks such as KCB, Equity, and later CBA opened new units in Uganda. Their cousins from the insurance side followed suit.

The supermarkets – Uchumi and Nakumatt – were not to be left behind. Kenya’s bid for a bigger slice of Uganda’s market was in full gear. The entry of all these players came with a private sector boom. Some bit of cash start flowing around.

Another stash of money came through corruption, which remains a risk to businesses, with Transparency International continuing to rank Uganda lowly. A lot of this money found itself in the illiquid real estate market, where money remains tied up for long periods. But it was only a matter of time before all this flush of cash would come to a halt.

Around 2013 and 2014, things started turning sour. While the economic numbers made sense, the human element risks appeared to be something that many investors did not price well.

Let’s start with the oil. Uganda was supposed to kick off an early oil production scheme in 2009. Investors flocked the market in preparation of winning the contracts. Uganda pushed that date ahead in favour of putting in place the legal framework first. The new date was penciled in around 2011. However, a tax dispute in early 2010 after Tullow Oil agreed to buy Heritage Oil’s asset brought the industry to its knees.

Investors, such as those in the clearing and forwarding industry, had committed huge amounts of money. Later, commercial oil production was expected to start in 2016.

It didn’t happen. Businesses started closing shop. British Airways, which had an eye on the oil, packed its bags and left. Uchumi closed its Uganda and Tanzania unit, although that was down to a management dispute at the headquarters.

But by 2016, things were starting to look bleak for the international investment community. The banking industry was increasingly getting obsessed with lending to areas such as trade and construction, other than the service industry. Bank of Uganda sent a warning.

In its 2016/2017 annual report, the bank said: “Credit growth to the manufacturing, building and services other than business services sectors...has been negative since the start of the year, a trend that poses downside risks to private investment growth and recovery of domestic economic activity.”

What this meant was that one of the risks of banks ignoring business services, where many Ugandans work, meant that the spending power of the workers was weakening. It meant that many businesses could not embark on expansion plans and create employment opportunities.

The same report placed economic growth at below five per cent, not exciting enough for investors. Public debt started shooting through the roof as Uganda emerged out of an expensive election to continue with its huge massive construction drive of power dams and roads. Public debt rose to more than 30 per cent of the gross domestic product, and that number has simply gone higher up to this day.

Government, known to be the biggest spender in the economy, and on whom the private sector depends for survival, started defaulting on its arrears.

High government public debt meant one thing: money had to come from somewhere. Government had two choices: use domestic resources in form of tax revenue or borrow from the financial markets. Both options increasingly kill the public’s ability to spend.

With the option of turning to domestic resources, the Uganda Revenue Authority was given high targets to collect taxes. A large chunk of these taxes were presumptive, some of which killed off businesses. Those that survived, could barely keep its entire workforce. Some workers were cut loose.

The other option of borrowing from the domestic market meant that banks were keen to lend to the more risk-free government and not the private sector. Interest rates on credit went up for those that were desperate to borrow from the banks. Higher borrowing costs became a big risk for businesses.

The public’s consumer power that once attracted international firms to Uganda had long started waning. The Covid-19 pandemic simply arrived to bump off companies that stood on shaky ground.

Covid-19 has hurt tourism, grounded flights, and wiped out a large share of the public’s savings. The real estate market is also facing a hard time. Knight Frank, in its half -year Kampala report for 2021, captured it clearly.

“Landlords continued to face requests for rent reductions and delay in escalations from prospective and existing tenants. These, however, did not materialise for many, considering that several landlords had already offered discounts to their tenants during and after the March 2020 lockdown.”

In the telecom industry, Africell, which took pride in primarily offering broadband services since it did not have the numbers to compete in the lucrative mobile money services, saw its turf encroached on by the big players. With more people making calls over platforms such as WhatsApp, MTN and Airtel dug deep into this data market with new innovations, squeezing Africell out.

“During the quarter ending June 2021, MTN and Airtel Uganda revised their MyPakalast and MyPakaPaka micro offers increasing voice minutes and data offers across the different customer classes,” the Uganda Communications Commission noted in its second quarter report for 2021.

The Covid-19 pandemic, where many people were forced to work from home, forced telecom firms to think more of data. Africell, with few subscribers of less than three million subscribers, could not match up.

Companies in such distress face management issues as no solutions to save the firm are easy. For these companies, therefore, Covid-19 was simply a time bomb. And the clock was ticking.

This subject already went stale, unless you are providing new perspectives.
Report to administrator
0 #2 Miki 2021-09-18 20:21
Corruption at both government and individual levels make it very expensive to do business in Uganda.

This is true for both local and foreign businesses that ever make the folly in operating in the country's formal (regulated) sectors.

Ask anybody who has imported anything and has had to deal with the thieving cabal of URA officials and their accomplices in the so-called bonded warehouses.

The corruption chain has simply grown too big such that it eventually overwhelms any business whether big or small. The thieving government officials, the thieving thieving employees, the thieving customers - the impact of these gets worse the bigger the business gets.

The cost of simply holding goods before the eventual sale is too big, and all the while when dealing with the problem of the over valued real estate costs especially for businesses operating from rented premises.
Report to administrator
0 #3 Henry Baisi 2021-09-19 01:19
Ugandan society is extremely poor. It was false for Shoprite to assume otherwise.

It is therefore not a surprise that their venture into Uganda has failed. As for the telecom company, the cost of using mobile phones is prohibitively high in Uganda.

Local people cannot afford to talk on the phone. The business is therefore very small, enough for entrenched players.

As for the overall economy, I think that worse is to come. The economy has collapsed due to COVID. Government revenues will come under increasing pressure in the next 6 to 12 months. Tighten your belts and tend to your potato farms.
Report to administrator
0 #4 Runar Edwin Jonsson 2021-09-19 22:50
The atmosphere, especially for small businnes and for foreigners , is absolutely hostile. URA corruption at customs. bribes to get businnes licence.

Ugandan bureau of standards are the winners on corruption and last but not least the KCCA. So how do you want economic growth and avoid that investors leave.

Importing to Uganda has been a real nightmare for us, so way should we do it when we can live easier in other countries. The Ugandan system is killing itself slowly.
Report to administrator