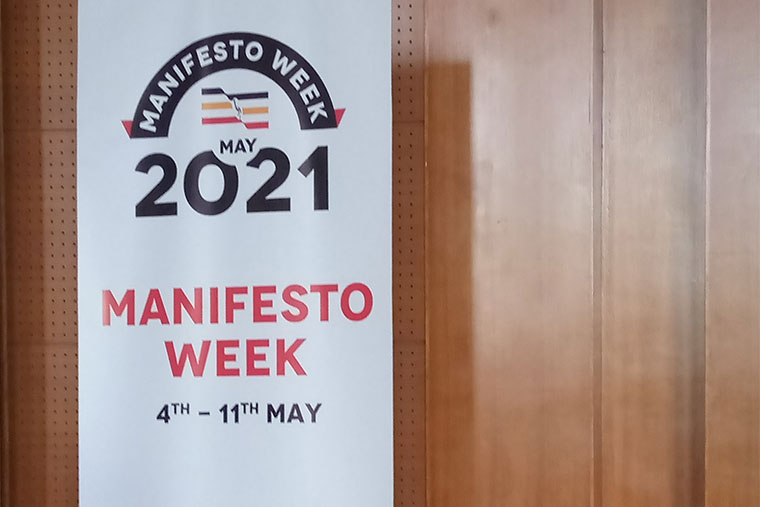 Government has embarked on a process of fully repossessing National Housing and Construction Company, after which it will capitalize the company to be able to put up many affordable housing units.

This was stated by Dr Chris Baryomunsi, state minister for Housing, on Friday, May 7, 2021, at Office of the President auditorium. He was presenting the report of accountability on the lands, housing and urban development sector performance in regard to the pledges made in the NRM Manifesto 2016-2021.

Baryomunsi said because of the problems that followed the change of government in Libya, the 49 percent shares owned by Libya have become a challenge.

After government acquiring 100 per cent, he said, the company will be able to be the main national implementing agency for social housing for all public servants, low-cost/affordable mass housing and slum upgrade/redevelopment in all cities and urban centers.

It has completed designs for:

Regarding the pledge to “Create an efficient and effective land administration system”, the minister reported that 22 Ministry Zonal Offices (MZOs) have been established countrywide to take land services closer to the people.

These MZOs are fully operational and functional and provide the same services as those provided at the Ministry headquarters in Kampala. They have tremendously reduced on the distance, time and cost of doing business whilst carrying out land transactions.

All freeholds, leaseholds and Mailo titles have been digitalized and entered into the Land Information System (LIS). Certificates of Customary Ownership (CCOs) have also been digitalized.

The ministry has carried out public awareness Open Days in partnership with CSOs at the MZOs for landowners, land users and the general public to verify land title information free of charge and dissemination of other land-related information.

It developed and disseminated land-related information materials in partnership civil society (in English and major local languages) for distribution to the public during the Land Awareness days. The materials include the Clients Charter, Access to Information Manual, posters, Eviction Guidelines, land registration procedures, complaints handling and many other simplified booklets.

Working with Uganda Registration Services Bureau, the ministry established a one-stop centre where search letters are issued in less than two hours.

Twelve Continuously Operating Reference Stations (CORS) have been established in the districts of Moroto, Masindi, Kibaale, Lira, Soroti, Gulu, Masaka, Mbale, Jinja, Arua, Entebbe and Kabarole. They have all been linked to the National Control Centre (NCC).

The CORS help the surveyors while carrying out surveys and mapping of land acquired by Government particularly for implementation of Government infrastructure projects like roads, way leaves, telecommunications, etc. They also help in the reduction of survey costs.

Government built a Records and Archival Centre at Entebbe, for safe custody of all land records and a National Land Information Centre; both are fully operational to support the development and implementation of the Land Information System (LIS).

On the pledge of “National Land Policy implementation and reform the relevant laws”, the minister reported, among many other accomplishments, they finalized the development of the National Land Acquisition, Resettlement and Rehabilitation Policy which addresses key issues relating to land acquisition, resettlement and rehabilitation of project-affected persons (PAPs).

For the manifesto commitment “Systematic registration of individual and communally-owned land”, the minister reported that they issued over 20,000 Certificates of Customary Ownership (CCOs) to customary landowners in Kasese, Nwoya, Pader, Soroti, Katakwi, Butaleja, Adjumani and Kabale districts. He said CCOs induce high emotive feelings, making even old people cry on receiving them.

Some 606 Communal Land Associations (CLAs) were incorporated as legal entities in order to be able to register their customary land in the districts of Kaabong, Kotido, Moroto, Napak, Amudat, Kakumiro, Masindi, Kikuube, Buliisa, Agago, Pader, Nwoya, Mubende and Kayunga. Only legal entities under the law can hold and own customary land. The total number of customary landowners registered under CLAs is 3,602,321.

Some 17,265 freehold titles are being processed for landowners in Oyam, Mbarara, Ibanda and Kiruhura under the Systematic Land Adjudication and Certification (SLAAC). This programme is intended to enhance security of tenure for landowners, as well as for those interested in getting financial credit from financial institutions (being used as collateral security).

On “Strengthen institutions and mechanisms for land dispute resolution and mediation”, a Dispute Resolution Desk has been established in the Ministry which handles disputes related to land matters.

The government issued eviction guidelines during Covid-19 pandemic lockdown to protect occupants from illegal land evictions as a means of protecting people and their properties.

Government established a Commission of Inquiry into Land Matters, which carried out investigations and a report is being prepared. The ministry prepared and implemented a Training and Capacity Building Plan for Land Administration institutions; inducted institutions in this plan; and trained all approved District Land Boards (DLBs) in the country.

To “Protect the rights of lawful and bonafide tenants”, the following has been accomplished:

In the Housing subsector, the ministry has disseminated to stakeholders the National Housing Policy, 2016 which provides a framework for necessary development in the country; enacted the Landlord Tenant Bill 2019, which is awaiting presidential assent; and formulated the National Urban Policy, 2017 which provides a framework for managing the urbanization process in the country and a criterion for declaring and upgrading urban centres.

The ministry is working with local investors to invest in housing development through provision of incentives like free land and technical advice, among others.

On the pledge “Put up houses in organised settlements”, the ministry in collaboration with the Ministry of Defence and Veteran Affairs developed a project proposal for the construction of 30,000 institutional houses for the UPDF; Defence is implementing the project.

In collaboration with ministry of Energy and Mineral Development, 46 houses have been constructed in Buliisa for PAPs under the oil refinery resettlement project.

Under the “Support comprehensive planning for both urban and rural areas to promote orderly development of settlements”, the minister reported:

Though the manifesto pledged “Elevate the status of Arua, Gulu, Mbale and Mbarara municipalities to regional cities”, many more municipalities have become cities or put on a schedule that matures in 2023. These are Arua, Gulu, Mbale, Mbarara, Jinja, Fort Portal, Masaka Hoima, Entebbe and Lira, Moroto, Nakasongola, Soroti, Kabale and Wakiso.

The ministry commenced the process of preparing Master Plans for the 15 new cities.

On pledge “Set up a quality unit and information system for physical planning”, the ministry installed the Physical Planning and Urban Management Information System (PPUMIS) in 14 municipalities of Entebbe, Masaka, Mbarara, Jinja, Tororo, Soroti, Lira, Gulu, Moroto, Mbale, Kabale, Fort Portal, Hoima and Arua. Plans are under way to install it in the remaining municipalities. The installed PPUMIS has eased coordination in planning between the centre and the municipalities as well as accessing and sharing of spatial data among the municipalities.

The minister listed ten challenges facing the implementation of the commitments as follows: