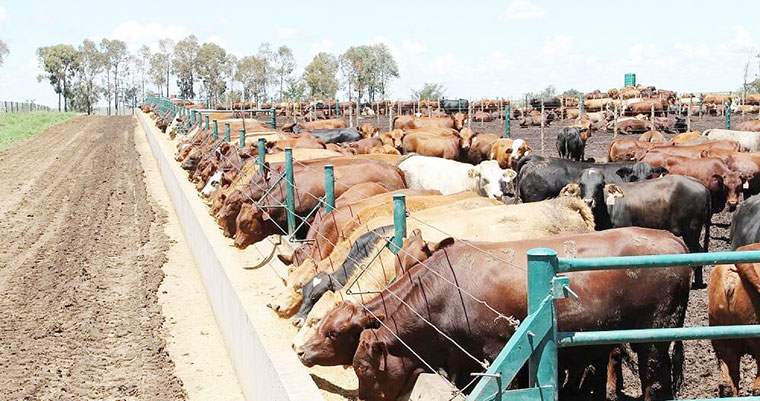 The foot-and-mouth disease (FDM) has once again hit the country’s cattle corridor, which called on the authorities to impose a quarantine three weeks back. Over 500 animals, especially cattle and goats, have been infected.

Farmers in the affected district have also been banned from transporting cows, goats, sheep, meat, ghee, hides and skins and meat consumers and restaurant business owners will have to wait until the ban is lifted.

Whereas the relevant authorities are finding a solution by suspending animal movements with ongoing vaccination, the outbreak has undoubtedly caused an impact on farmers whose livelihood depends on livestock farming and the cattle products. The ban has also affected the general public’s consumption of meat and dairy products.

Foot and mouth disease is dangerous to cattle and other cloven-hoofed ruminants because when it strikes, the fear for massive losses cuts across since every animal a farmer owns is an investment.

This is why before such situations strike, farmers need to consider livestock insurance to be able to be reimbursed in case of a catastrophe. A farmer with livestock insurance is assured of replacing any animal lost because of: fire, lightning, floods, rainstorms, windstorms, hailstorms, snow, hurricanes, earthquake, landslides, diseases, inundation, surgical operation and impact accidental damage by other animals, trees or vehicles, aircraft, or motorized machinery.

And fortunately, government has been subsidizing premiums for both the small and large-scale farmers. A small-scale farmer is considered to have one to 30 cattle, one to 50 pigs, and 500 to 2,000 birds for poultry. The insurance cover has proved to be affordable, considering the varying costs which depend on the farm enterprise.

For example, dairy animals which are considered to be of high risk compared to those kept for beef, a farmer is expected to pay 5%, beef 4%, local cattle 3.5%, fish 6%, pigs 6% and poultry 7% of the agreed market value before premium subsidy application.

However, if a farmer is registered under the UAIS, he/she pays 50% for small-scale and 70% for large-scale farmers of the premium due and the government will pay the subsidized portion. In practical terms, if the agreed market value is one million shillings for one cattle, the farmer is expected to pay Ush50,000 in premium and with the government’s 50% subsidy, the farmer will instead pay Ush25,000 as premium.

This cover works in a way that the sum (value) insured for the animal can be based on production costs or pre-agreed nominated value of the animal as at end of the insurance period (which can be up to one year). The market value may also be determined by a district veterinary registered doctor.

Important to note, livestock outside those considered under UAIS can also be insured but the farmers will be expected to pay full premium as they will not benefit from the government premium subsidy.

Livestock insurance is not substituted for management of the farm as recommended farm management practices should be complied with at all times. It should, therefore, be noted that the policy does not cover against loss of livestock due to war, willful misconduct, feed poisoning, mysterious disappearances, infertility or impotence and management-related poor productivity.

One may ask if they can insure their one cow under this arrangement. Yes, this is very possible and farmers with small numbers of animals are encouraged to form groups to reduce premiums paid by the individual farmers and the cost of service delivery by the insurer.

With the growing risks associated with transboundary diseases which are as a result of human travel and animal movement for trade across different district borders, livestock farmers need to start considering livestock insurance to protect themselves against any financial losses which may be as a result of the present foot and mouth disease to make farming better without blaming anyone.