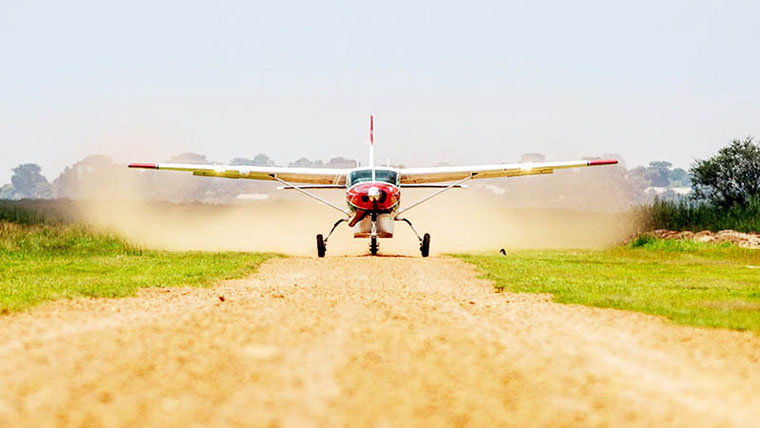 Aviation, as the lifeblood of the global economy and a pillar of the most important cities in the world, has never been glaringly evident as it is today.

Its catalytic effect on industry, the potential for employment, as a vessel for business travel, transportation of goods and social connectivity, cannot be overstated. Across the world, it is now common for an entire city to be built with an airport at its core. Cities and trade hubs are increasingly becoming ‘aerotropolis’ or airport cities.

On July 1, 2020, seven municipalities of Arua, Gulu, Jinja, Mbarara, Fort Portal, Masaka and Mbale acquired city status overnight. Eight more are in the offing. While their broader economic benefits might be apparent, what is their implication to Uganda’s aviation industry?

The seven cities could be the spark to ignite the growth of the air transport industry, with a roll-on effect on the economy. With 500, 000 direct and indirect jobs so far created, Kenya and Tanzania are already reaping the benefits of developing robust domestic markets on the back of secondary cities and tourism hotspots. Imagine what just a fraction of these jobs would do for the current youth unemployment in the new cities.

The new cities should start creating structures aligned to the national aviation strategy to support air transport. For instance, cities like Masaka, Mbale and Fort Portal should be constructing two-kilometre runways with terminal buildings, offices, waiting areas and social amenities like wifi and toilets.

Bigger cities with airfields like Mbarara, Gulu and Arua should be considering expanding and upgrading them to regional airports that accommodate direct international traffic. Fortunately, these are already catered for upgrade in the 20-year National Civil Aviation Master Plan [2014-2033].

Airports, airlines and passengers do not operate in a vacuum. Their aeronautical benefits are obvious. Passengers stimulate local economies surrounding the airports, through direct and indirect jobs, businesses like suppliers, drivers, hotels and lodges that support aviation.

The ability of cities with good air-connectivity to receive international travellers directly by air cannot be overstated. It takes tourists, numerous hours to travel across the country to remote tourist attractions. If a tour operator like Abercrombie or Kent landed a Boeing 737 in Gulu city, it would take tourists a much shorter two-hour drive to Murchison Falls national park. If at Mbarara, the five-hour strenuous drive to Bwindi Impenetrable forest national park would be shortened.

Upgrading Arua airport to handle small-to-medium airliners would plunge Arua city into a trade and humanitarian hub for Central African Republic, DR Congo and South Sudan. The city is already linking these countries by land. The same can be said of potential regional gateways like Jinja, Mbarara and Gulu, whose own local economies are yearning for such a catalyst.

To achieve this, local city authorities require an umbrella of a national mindset that advances the local aviation sector with a view to boosting the local economy. This needs deliberate interventions to be undertaken by the central government through the line ministry of Works and Transport and all stakeholders.

For the aviation potential to be achieved, we must break the red tape and barriers to setting up air transport companies and businesses. We need conducive and efficient environment for growth of such businesses. Why do our neighbours have hundreds of licensed domestic airlines and charter companies operating domestic and international routes, yet Uganda has a handful?

The central government must be encouraged to reduce or give tax holidays to investors looking to set up air transport companies in the country. The more the airlines, the greater the economies of scale for the average Ugandan traveller. Ugandans are gradually beginning to understand that time is money.

If the cost of air travel can be reduced or brought closer to that of driving an SUV to upcountry destinations, many would opt to fly instead of driving. For example, a businessman having breakfast in Arua flies two hours to Kampala, transacts business, loads cargo on a truck, has lunch, and flies back to  Arua for dinner, as opposed to taking two or three days, given the road, weather and traffic conditions.

With the revival of Uganda Airlines, expansions at Entebbe international airport can guarantee the long-term sustainability of the national airline if it has a domestic route network to support it. A traveller could book a flight from Mbarara to Dubai or Mumbai, or a tourist from Brussels can fly straight to Kisoro, avoiding the nightmare of traffic in Kampala or Masaka roads.

A domestic route network supports local businesses with market while also making the national carrier more competitive in the broader market. From the context of the current global pandemic where countries across the globe are easing up travel restrictions, it is in the same vein that domestic travel could bolster the national airline’s revenue streams and help it weather the storm better.

Some may argue that Uganda’s size doesn’t justify investment in multiple airports. However, if we want to grow our new cities into vibrant metropolises, business and industrial hubs, airports must be the focal point and aviation the pillar of growth. They will help decongest our narrow roads, reduce road rage and carnage, and connect our farmers’ produce to markets out of the country. Why wouldn’t a cargo plane fly our coffee from Arua to Europe or our tea from southwestern Uganda to regional markets in Africa and beyond?

Growing airport infrastructure requires a focused approach, in line with International Civil Aviation Organization (ICAO) Standards and Recommended Practices (SARPs). It necessitates an airports authority independent from the Civil Aviation Authority who is the industry regulator.

An independent airports authority, unlike the current department under CAA, would be crucial now because of the increasing number of airports and forecasted passenger growth figures.

All that is needed is a government-led framework to actualize the required reforms. The Ugandan middleclass is growing. Businessmen and farmers will soon be able to switch to air transport. The airports authority would prevent any conflicts of interest between the regulatory and service provision, which would improve efficiency in airport operations.

Professional unions like the Uganda Professional Pilots Association (UPPA), the Uganda Civil Aviation Authority, ministry of Works and Transport and the new cities with their leadership, need to sit down and deliberate on how to leverage these new opportunities into tangible gains for their respective economies and the whole country at large.

Real businessmen should be able to transact their businesses electronically.
Report to administrator
0 #2 Odong Fred 2021-04-22 20:33
Gulu has the longest runway after Entebbe but after the war, nobody care about it anymore.

If we really want all these new cities to pick up and grow at the same speed, politics should be kept away from developmental issues.

For example, Gulu is strategically located for businesses with south Sudan but nobody wants to bring for us HV power lines and a much powerful substation. We just pray equality can be observed in this development. Thank you
Report to administrator