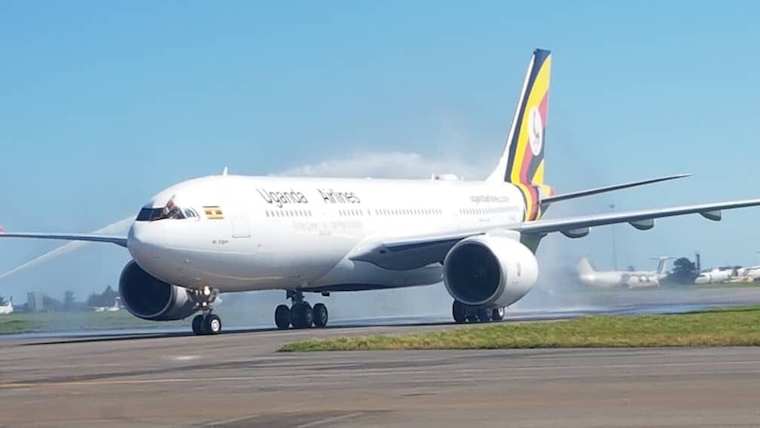 Uganda Airlines has secured departure and landing slots at the busy London Heathrow and Dubai International airports as it prepares for commencement of long haul flights to the UK, United Arab Emirates and China.

This comes after the airline received its two Airbus A330-800Neo aircraft in December 2020 and last month. Roger Wamala, the Uganda Airlines commercial director says the two aircraft, code-named Mt Elgon and Mt. Rwenzori will however remain grounded because the Uganda Civil Aviation Authority (UCAA) has not yet cleared them to fly. UCAA is expected to clear the planes to fly around the end of April.

Wamala adds that for the London flight route, the national career has secured the slot for the summer season - March to October 2021. But even if UCAA clears the aircraft to fly, he said, “we cannot fly to London because there is still a lockdown on non-essential travel to and from the UK.”

“Those are the two hurdles, so we have the slots but we cannot fly,” Wamala told URN.

The operator of an airport allocates a slot, or specific time for an airline to land and take off at the airport. Available information indicates that the Heathrow slots were reallocated on reciprocal terms and there was no cash involved.

Uganda Airlines says the long haul flights will reduce air transport costs, boost Uganda’s tourism and exports among other objectives. With its fleet of four CRJ900 Bombardier and two Airbus A330 Neo aircraft, the airline plans to fly to 20 destinations on the African continent, London, Dubai, Mumbai and Guangzhou.

Uganda National Airlines resumed operations in 2019, 18 years after its initial collapse. The airline collapsed in 2001 after operating for 25 years and the idea to revive it gained momentum in 2017. The airline currently operates in six countries and nine destinations in the region. These include Nairobi, Mombasa, Kinshasa, Dar-es-salaam and Mogadishu.

It carried over 78,000 passengers from August 2019 to March 2020 to the nine destinations according to released official figures.

But one is of the opinion that the competition is as well great and it would help this young African country to join hands with many of the Arabic and European airlines if it wants to grow up.

To grow up it must because Uganda is landlocked and needs everything to open up not only its border motorways and the skies but international shipping as well.
Report to administrator
0 #2 kabayekka 2021-03-06 18:58
To grow up Uganda and Africa must build up its infrastructure to international standard.

There has been an international campaign that seems to have gone quiet. Where a trade combination of about 7 statehood of the countries of Kenya, Uganda, South Sudan, Tanzania, Rwanda, Burundi and the Republic of Congo, had come together to secure and modernize a railway network for the local communities.

One believes that there is enough funds to build this project in a period of 3 years. One cannot imagine how large is the employment that can come out of such endeavor!
Report to administrator