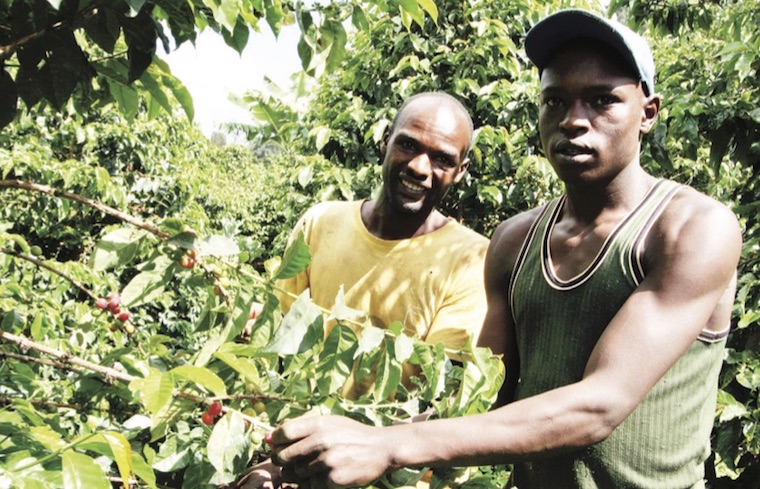 Coffee farmers during a harvest

For generations, coffee has been Uganda’s principal export.

However, the cash crop suffered major setbacks at the turn of the millennium due to a combination of factors such as the coffee wilt disease. Matters were not helped when the old coffee trees could not yield much and the changing weather patterns disrupted many farmers.

For instance, the agencies embarked on a long-standing replanting pro-gramme in 2010 that saw the replacement of the stock lost to coffee wilt disease as well as the sensitization of farmers on the best farming practices. The results started to be felt in 2016 with the increased production to 4.6 million bags of 60kg.

Since then, results have surpassed initial expectations and by 2019, coffee production had increased by 56 per cent to 6.950 million bags. In that three-year period, the volume of coffee exported also increased by 17 per cent from 3.56 million bags to 4.17 million bags.

The most important aspect of these statistics is the value of Uganda’s coffee, which has steadily been improving. The 2020 figures from UCDA show that the 5.4 million bags exported earned the country $515m, up from $436m in 2019.

In fact, Dr Emmanuel Iyamulemye, the UCDA managing director, projects that Uganda will be able to produce 20 million bags by 2025. What’s more, as coffee makes a comeback, opportunities are opening along the value chain.

In Uganda, coffee supports over 3.5 Coffee million families at all levels of the value chain, especially for income security and contributes to between 20 and 30 per cent of foreign exchange earnings.

The typical flow of coffee from production to consumption shows that the crop is cultivated primarily by an estimated 1.7 million households and they range from smallholder farms under 0.5 hectares to two hectares.

What follows is the aggregation level that includes agents of coffee processors, transporters and traders. The value-chain stage employs more than 300,000 people. The next level is processing stage. According to UCDA figures, Uganda has more than 500 hulleries and dozens of washing stations, not to mention exporting grading plants.

All these have created opportunities for the youth to gain employment, thereby reducing dependence and idleness that breed crime. Lastly, farmer sensitization, mobilization and training of farmers have been crucial in convincing financial institutions supporting the coffee value chain mostly through savings and credit cooperatives (SACCOs).

Based on these facts, it is not surprising that the coffee renaissance has caught the attention of agriculture stakeholders. Just as Iyamulemye notes, increasing coffee export earnings show that if done well, agriculture can support millions of Ugandans, especially the youth, earn a decent living.